HE WALKED DOWN the seething streets of Fortitude Valley. It was 2.30 in the morning of a Saturday night and his face was lit by the glow of a cigarette. It curled and broke against the faces of people walking by, who were stumbling drunkenly out of pulsing clubs and seedy bars with lust in their eyes, drowning and drooling in neon light.

He rounded a corner past an adult store and walked toward the train station. Familiar eyes stared from beneath blankets and beanies. An old Uncle slept in his wheelchair, his tracksuit pants folded flat over a missing leg. He felt a pang fall through his heart.

He watched a group of girls cross the road just up ahead in order to avoid the people sleeping in the shadows, laughing and staggering in cold dresses and high heels. He walked on. Through the Chinatown stretch with red-faced dragons leering down at him from the architecture as he inhaled his smoke to watch the end go red. He walked ahead. Around the bend and into the fire breath of Brunswick Street.

Its smell was strange and he listened as he walked. Picking up fractured shards of conversation from lingering groups and passing teens that formed a weird mosaic in his mind. A stained-glass image in a cathedral of lost youth and crooked times. He saw kids bury their dishevelled faces into greasy Big Mac monstrosities, kids with blackened eyes chattering and tweaking to themselves as they stood in long lines, eager to fuck their way into the strobe light. He saw beautiful girls searching for a kiss in the crusty jungle of Ric’s Bar, where loveless men lurked armed with vodka Red Bulls and friends’ apartments to return to.

HE WALKED AROUND another bend. Still smoking his cigarette. Leaving an orange trail as he went. The stars shone clear above him. Even through the city’s glare. The night was open and endless, like a frozen breath, and he wondered what waters and streets wound their way up there. Up the ancient stairs. He wondered if he broke out the right call, or sung the right song, if the rivers of the night would slide down like black snakes and purify this dark age of false light. Take the whole world inside and heal it of its enigmatic parasite. He wondered all the time.

He stopped a second to roll from his pouch and saw that he was outside a cosy jazz bar. The window was amber from the dim light within. The couches were leather, the waiters well dressed and the walls stacked with spirits from the ages. Rums, whiskies, gins.

It was mainly young people inside. Denim jackets, brown hair in ponytails, red lips, round glasses, intellectuals, individuals, inspired people, mostly musicians no doubt. An attractive young woman was speaking passionately into a microphone and everyone was absorbed. Her lips were quick and her eyes were clear. It could only be a fucking poetry night. He smiled, shaking his head, and lit a cigarette beneath the street lamp outside.

He watched for twenty minutes or so, more interested in their faces and physical animation than their words. He smiled to himself. Words curled like smoke in his mind. He had plenty of poems and stories he could spit to tear the place to bits. But he stayed outside. He wanted to go inside, stand up at the mic and look them all in the eyes in an awkward quiet and say:

There are no Aboriginals in On The Road

So where should I place my thumb?

Would Kerouac care with his lucid eyes

about what stars were broken in our Ancient skies?

Are our stories of secret time worthy of your archives?

Will our Elders be leather bound

beside the Odyssey and Iliad?

and the thousand arms of Herman Hesse?

Do we not have a library full of meaning?

Worth walking through and reading?

Our Language is ageless

whereas your words are still teething

What you are all seeking

but there’s no use in pleading

to ears hard of hearing

You’ve all got your big dreams

a tower stacked of burning books

a lake of ink

you scream for revolution!

If you want a revolution

climb inside OUR song

for we are the ones

who have been here all along

we are the ones

through which the rainbow serpent slithers

while the city shimmers and shivers

and if you want to shed the cement skin

you’ll have to do it with us

But there are no Aboriginals

in your acid revelations

there are no Aboriginals

or the thoughts of Sigmund Freud

Perhaps beside the music festival

Which is why we have to fight

our way into your books

Cause it’s the only way our culture

gets a second look

So let us dance while we skin

your Romantics on the fire

Say a prayer for your angels

while we enter into revelry

round your literary pyre

He wanted to. But honestly, he couldn’t be fucked. It was a long conversation he was weary of. And he knew already that the beauty of his dreams had no place in action-figure idolatry. But still, it was a shame. That these young students and writers were the gatekeepers to literature. And like it or not, they were no different to Canberra. Keeping the Indigenous voice living in tents on the front lawn of their poetic parliament.

HE STARED FOR a while in a moment of eerie silence. Hearing the cars hum around him and noticing the watery reflections in the jazz bar window. He could hear a bird sounding in an unseen tree. It seemed to cut through the air and whistle through his mind. To hush a train of thought that was now miles gone down the line…

There was a chunk of cement dislodged from the gutter. His instincts spoke quicker than his mind could shatter the thought and before a second had passed it had broken through the glass and landed with a thud upon a leather couch. People screamed and a hundred eyes looked through the window at the young man standing outside with a cigarette in his hand and a mark upon his face. He held their gaze with severity and said nothing. The silence was tense, a razor of attention. Some people seeing him averted their eyes, the bartenders were still stunned.

He let it sink in for a second. Then hit the fucking legs. He sprinted back up Brunswick Street, back round all the bends, he sprinted back down Chinatown past all the looming dragons’ heads. He tossed his cigarette and sprinted over cars. He passed alleyways of graffiti, spray-can songlines and fading faces. He sprinted to the station, passing the old legless man. He tapped his Go Card like an innocent and hopped quickly onto the first train that pulled into the station.

He leant his head against the window and caught his breath, picking absently at a scraped-in tag-line with his fingernail. Watching as the moment peeled away like liquid behind him.

The aisles were almost empty but for the odd stranger, and there were no inspectors.

THE RAINBOW LORIKEET – a fledgling, brilliant green with texta-colour highlights – stumbled around like a person too long at a party. It tripped on the roots of the fig tree it should have been in, not under. It swayed as it hopped and landed, hopped and landed on the grassy, uneven ground.

THE FIRST TIME I fly to Melbourne to see my father alone I am four years old, and I’m so little that Qantas won’t take me unaccompanied. My father pays an air hostess to sit beside me the entire flight down.

For the rest of my life growing up between two cities, the starting point would... Read more 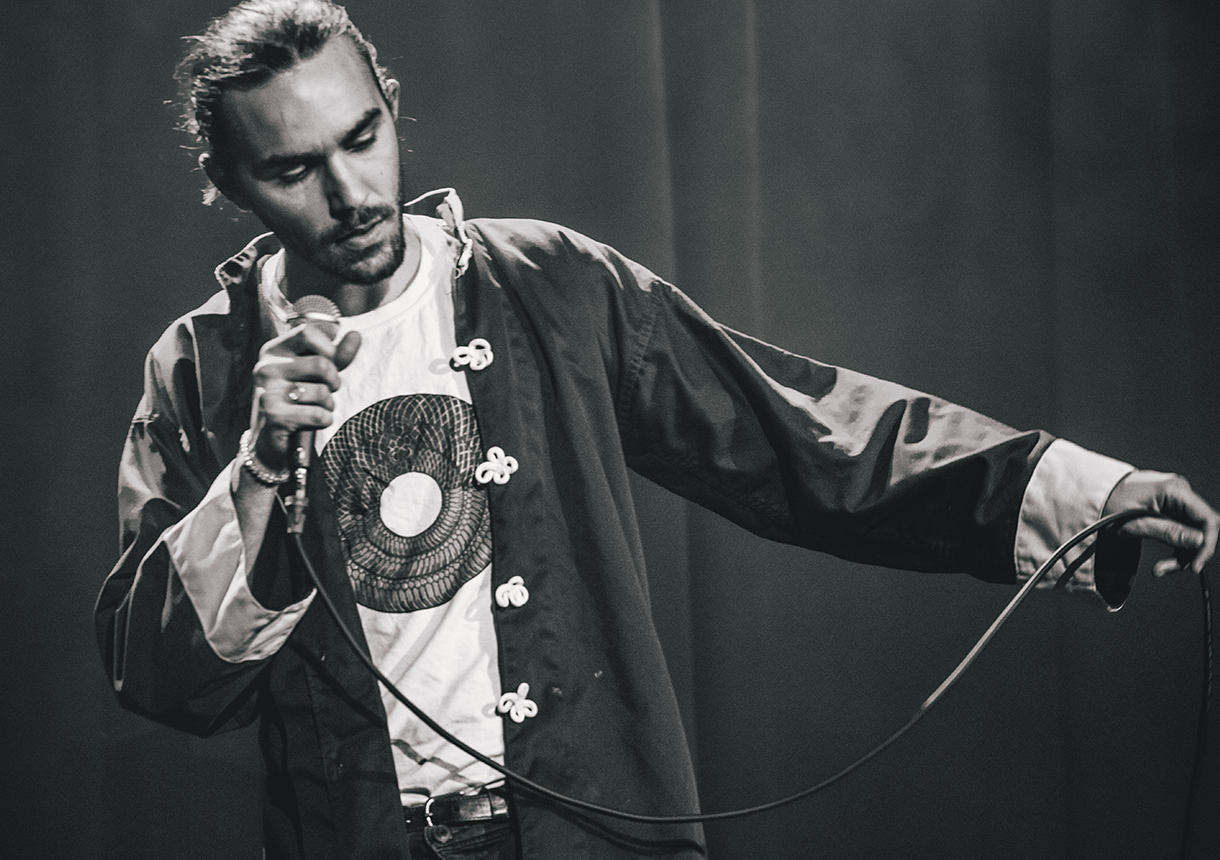 THE SOUND OF buzzing filled the dodgy motel room, bouncing off the dirty tiles and dancing beneath the flickering florescent light. Large chunks of brown hair fell by his bare feet. Sol paused as a siren passed in the... Read more