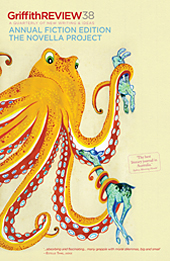 AS WELL AS producing suffering, adversity can spark genius. And works of genius – paintings, writing, music, science, even buildings – endure long after calamity has been chased into the deepest recesses of memory, to become an inchoate fear passed from one generation to the next.

So the devastation of the plague in the hill towns and plains of mid-1300s Italy not only planted the seeds of the Renaissance, the demise of the church's unquestioned authority, and the creation of Siena's shell-shaped, sloping Piazza del Campo – where countless bodies were lain according to a contemporary writer, like 'a giant lasagne' – but The Decameron, its thousand novellas distilled from ancient tales of many civilisations, to create the foundation of literature as we know it.

The calamitous progression of the plague from east to west was understood, but its cause remained mysterious. Survivors wondered whether it was 'disseminated by the influence of the celestial bodies, or sent upon us mortals by God in His just wrath by way of retribution for our iniquities.'

Giovanni Boccaccio pondered the cause with these words in framing The Decameron. He described in graphic detail the effect of the 'deadly pestilence' as it struck his beloved city of Florence in 1348 and the 'exodrium of woe' that descended: 'Despite all that human wisdom and forethought could devise to avert it, as the cleansing of the city from many impurities by officials appointed for the purpose, the refusal of entrance to all sick folk, and the adoption of many precautions for the preservation of health; despite also humble supplications addressed to God, and often repeated both in public procession and otherwise, by the devout; towards the beginning of the spring of the said year the doleful effects of the pestilence began to be horribly apparent.'

Boccaccio described the physical progression of the disease with shocking detail, its passage from people to person and from humans to hogs, the impact on family and social relations and the place of women and men, with an exemplary reporter's eye.

With the city beset by such devastation, a strategic retreat seemed wise for the survivors in the 'well nigh depopulated' city. Thus the seven well-connected, intelligent young women, who tell most of the tales in TheDecameron, met 'one Tuesday morning after Divine Service' at the 'venerable Church of Santa Maria Novella'. Confronting catastrophe they wisely agreed to leave the city and create a 'separate and secluded life'.

With three young men, and several maids, they 'sought refuge from care and fear' making their home in the Villa Palmieri on the slopes of Fiesole just far enough away from Florence. For ten days, Boccaccio writes, each told a story – every evening building to a crescendo of saucy, witty, engaging storytelling entertainment. The tales they told, in contrast to the devastation they escaped, embody a satiric cosmopolitan sensibility: quick wittedness, sophistication and intelligence were 'treasured and the vices of stupidity and dullness cured or punished'.

And in this act of genius by Giovanni Boccaccio, in response to the most hideous and inexplicable catastrophe, the novella was born. Its name derived from the spectacular church where his characters began their journey – itself named for the brilliance of a ninth century storyteller – which is now, thanks to Project Gutenberg, available at the click of a mouse.

STORYTELLING IS AS important now as it was in plague-devastated Italy. Stories are the best way of exploring lands, ideas and fantasy, of interrogating character, personality and motive, of making sense of complexity, human relations and disaster. Stories have probably never taken so many forms – there are the stories we read, those we listen to, those we watch on the countless screens at our disposal – those we tell to make sense of things, and those we listen to and laugh, forget or just imagine.

While the ubiquitous screens have created new platforms, and demanded new styles, they have also profoundly disrupted the economics of publishing as it has functioned for centuries.

Books can now be downloaded, transmitted around the globe and copied, at the click of a mouse; they no longer need to sit in warehouses for months, or to be obtained only from bookshops or libraries. They no longer need to be fat and beautifully presented, with elegantly designed hard covers and thick pages with rough edges, or monochromatic or salacious paperbacks with porous paper and small print.

In this context we believe that the time is right for the revival of the novella – of those stories that are longer and more complex than a short story, shorter than a novel, with fewer plot twists, but strong characters. Condensed tales that are intense, detailed, often grounded in the times, and perfectly designed for busy people to read in one sitting.

Publishers have traditionally shied away from the form – the price required to justify getting a book into print could leave customers feeling shortchanged if they were asked to spend the same on a 400-page book as one with just 90 (feel the quality not the width).

The digital age has disrupted publishing in what many consider to be a calamitous way. But by providing an opportunity to revive the novella – for delivery to the device of your choosing – it may also revive one of the richest and most rewarding literary forms.

With the support of the Copyright Agency Cultural Fund we have em-barked on this project to encourage writers to experiment with novellas. With the help of our judges we have selected six of the best; gritty tales with unique characters, strongly grounded in place and detail, but with a playful edge.

The response was so strong, there were more deserving an audience than we could include in this edition ofGriffith REVIEW. Over the next year we will release some as e-books, others will probably grow into novels, and one has already been snapped up by another publisher for international release.

We are excited to play a role in the revival of the novella. Some of the best-known and most-loved novels are really novellas: Death in Venice, A Clockwork Orange, Of Mice and Men, The Old Man and the Sea, Breakfast at Tiffany's, A Christmas Carol, Goodbye Columbus, Heart of Darkness, Dr Jekyll and Mr Hyde, to name a few.

We hope to continue this project for a few more years, to help foster a new golden age with an antipodean perspective.

THOSE OF US with a literary bent can rattle off the titles of great novellas, talk with some assurance about the complexities of the form, its development over the years and its place in the constellation of publishing.

On the streets of the global village novella has acquired its own contemporary meaning. Novella, according to Urban Dictionary, whose website boasts of receiving thousands of new words every day, is 'some super jucey (sic) gossip and rumours that usually concern people you know'. The super jucey gossip is likely to include news of 'smooching, cheating and unashamed flirting' and generally occurs 'under the influence of alcohol and is extremely difficult to keep to yourself'.

In keeping with the age, Urban Dictionary will sell you a novella tattoo (temporary or permanent), cap, calendar, mug (single or two-toned), greeting cards, shirts and mousepads (with free packaging and postage).

More traditionally and in keeping with the practice of the best dictionaries, Urban Dictionary illustrates usage:

-OMG I have some jucey novella!

And the story is out and on its way to a new life of its own. People are entertained and maybe even distracted from pressing calamities.

Six hundred and sixty-four years ago, Boccaccio was onto something. His was an act of genius that endures – and happily, what is old is new again.

I hope you enjoy our selection of novellas, and feel compelled to tell your friends (Psst, they are replete with adult themes) in what I hope will be a calamity-free summer.