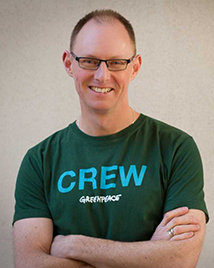 He returned to Australia to take up this role in 2012 after five years working in a senior campaigns position with Greenpeace in London. There he worked on the global issues of destructive fishing, deforestation and climate change.

Prior to joining Greenpeace, David worked as an academic and a lawyer in both commercial and native title practices.

David is a widely published commentator on politics, law, history and current affairs. He is an honorary fellow of the Faculty of Law of The University of Western Australia and an associate of the Institute for Democracy and Human Rights at The University of Sydney.

His most recent book is The Coal Truth: The Fight to Stop Adani, Defeat the Big Polluters and Reclaim our Democracy (UWA Publishing, 2018).

We all took a stand
Edition 63: Writing the Country

A market for a nation
Edition 36: What Is Australia For?

The man without a face
Edition 47: Looking West