We need to talk about the northwest

IT HAD BEEN raining the first time I visited far northwest Tasmania. Which isn't unusual. Rain, that often-fickle decider of rural fate, falls regularly and in volume on this little corner of the world. It can be a challenge for all farmers, too much rain, especially the free-range pig farmers who, like me, try to paddock-rear their livestock from birth to the cutting shop.

But this rain is a gift. It's clean rain. It falls through what has been recorded to be the cleanest air in the world. This rain falls mostly on loam, a fertile, free-draining type of soil that simply grows stuff better. And it falls even in dry times that bring drought elsewhere in the state and country.

In terms of potential, this pocket in the state's far northwest could be seen as a mini version of Tasmania. The possibility for regional produce, for food that tastes of the ground in which it grew, is enormous. The area is so bountiful that it will surely always have a surfeit. For a region of about fifty thousand people, a patch of earth that can produce vastly more than it can consume, some large industry, including a food processing industry, is probably a good thing.

But where is the other end of the spectrum? The artisan. The handcrafted, truly seasonal produce. Where this uniquely local food or drink exists, it usually exists in small, undervalued ways. Cape Grim on the far tip of the northwest coast provides exceptions. Prized Cape Grim beef is a touch of marketing genius from a local abattoir that realised some of the beasts passing through its doors were far better than others. They realised it deserved to be treated with more care and could be sold at a premium. Cape Grim water, marketed as coming from the cleanest place in the world, has been exported to fifteen countries in Europe, the US, Japan, the Middle East and Singapore.

FOR AN INSIGHT into what is possible in so many other types of food and drink, it may help to look at milk. My personal fixation on the origins of all produce began with milk, because it's an ingredient so ubiquitous, so fundamental, that we often take it for granted. And because of the potential products that milk can become, not least cheese.

But milk isn't just milk any more. Most people have now heard about permeate, the more watery substance produced when milk is passed through filters. Permeate and another product from this filtration are used, in industry speak, to 'standardise' milk. This is meant to ensure milk tastes the same every day of every week of the year. If someone has decided milk has, let's say, 3.2 per cent fat and 3 per cent protein (as prescribed by law), that is what you will get, regardless of what has come out of the cow. So it is often watered down (a term the industry despises, but is fairly accurate, flavour-wise) to make milk taste the same week in, week out. Most commercially available milk has also been homogenised. This means the fat has been suspended so no cream rises to the top. Sadly, homogenisation also diminishes the colour, and more importantly, the aroma of milk. (It also affects the way milk is absorbed into the body, with some folk being concerned about the change, but that's not for this tale.)

It just so happens that Tassie's far northwest is brilliant dairy country. You can see the herds as you drive through, especially towards and past the turnoff to Stanley. Up here they have computerised dairies, where the cow decides when she'd like to be milked, her production is carefully monitored, and her feed at the milking trough personalised if need be.

We know regionalism has an effect. Look at those countries that have managed dairy herds for centuries, say France and Italy. Parmigiano cheese must be made using milk from a certain geographical area. So must Comte. So must Brie, and Taleggio, and plenty more besides.

Tasmanian farmers have begun to recognise this potential: - King Island, though it is often included in the region despite its own identity, location and climate, Ashgrove which comes from further east towards Launceston, and Bruny Island south of Hobart.

Well, there's Duck River butter, named after a river that flows through Smithton, a small but important centre tucked right up near the top left hand of the state. But Duck River butter is made in Spreyton (two hours' drive east) these days from milk mixed from other regions. And there's powdered milk, including a $75 million factory opened in Smithton recently. But name the cheese that captures the essence of the northwest. That epitomises the cleanliness of the air and uniqueness of the region. The breed of cow. Go on, I dare you.

I SPOKE RECENTLY to a few farmers who run jersey and guernsey herds in the area. They all told me how great the milk is from these cows: how it has higher protein levels, a higher cream content, and both of these, plus their propensity to carry more beta carotene, add up to more golden, more flavoursome milk. You can read about it on Wikipedia if you don't know a dairy farmer.

But where does all this guernsey and jersey milk end up? In the mix. Thrown in the vat with everybody else's milk. Made to taste like every other commercial milk in the country.

If you made cheese from this milk, you could concentrate the flavour roughly tenfold (most of the loss in volume is from the draining of the more watery whey). If you capture the butterfat (cream) it carries so much of the aroma and flavour that it's essentially the concentrated taste of the original milk. It is not easy; this kind of cheese and butter making is a craft and in many cases the process can still destroy the local character. But is there a jersey cream for sale in the state at the moment? Not that I know of. Is there a dairy in the far northwest using a single herd to make a cheese that tastes of the breed, the region? Only one. Thank goodness for Red Cow Dairies, bottling their own milk and making simple cheese at Oldina.

But even industry giant Lactos, with a factory in the area at Burnie, a company known for brands such as South Cape and Mersey Valley, gets its milk from a mix of sources.

Instead it becomes milk powder. Milk powder is a useful product. It's an okay thing to be doing, and an industry to support. But the tragedy is that where I see a guernsey or jersey herd, reared on some of the most remarkable dairy country in all the world, and see that difference purposely stripped from the milk so it is the same as powdered milk from the US, or France. Or Canada, or India. When I see the miracle of regional food debased and negated, not just in an isolated case, but virtually without exception, I see missed opportunity.

No, it's not easy to set up a dairy based on one or two or five individual herds. Yes, I know it's really, really difficult to establish a cheese company or yoghurt factory or make butter on any scale thanks to expense and regulations, particularly for those who are already busy farming the land.

But what I wonder is how much goodness, how much greatness, we are squandering because we aim at mediocrity. We go out of our way to make this incredible milk taste like it has come from anywhere, be it Gippsland or Western Australia or the NSW north coast. That is the aim of mixing and 'standardising' milk. That is the aim of milk powder, to strip it of its individuality, the very thing that should be milk's most saleable feature.

A MOVE TOWARDS some smaller scale production has many benefits. The money is more likely to stay in the region when the finished product is sold locally; a recycling of cash that isn't a bad thing. But it also puts control back in the hands of the farmer, rather than being solely at the whim of international markets. There's nothing wrong with milk powder. There's nothing wrong with UHT milk.

But if you aim at the commodity market, you will always be at the whim of world pricing. The Chinese dairy industry, for instance, has grown at 20 per cent a year for most of the past fifteen years. Are they one day soon going to use their surplus for powdered milk sold in huge quantities on the international market? And if they do, are their costs going to be similar to ours?

Milk is just one example, and one that is close to my heart. But expand this idea of a lush area, able to grow remarkable produce, to grow carrots, spuds, pigs, beef, turkeys…let your palate be the guide. What we have in Tasmania is truly remarkable. What those in the far northwest have been gifted by nature is wondrous and incredible. What gets done with it is up to us. We can continue to rely on single industries to provide the jobs, and wave them goodbye when conditions change overseas, or we can try to take more of our destiny in our own hands. Try to harness all this regional goodness and make it stand out from the rest. Brand the region on the basis of what makes it special, and make the special products that nature allows, if not demands.

Tasmania's far northwest has suffered from quite a lot of industry shut-downs in recent times. But the reality is her natural assets are truly remarkable. It may not be quick or easy to become known for the quality of the produce rather than the quantity of the commodity. Few places are better positioned. It will just take a lot of small changes, in the hands of a lot of committed locals, to make it happen.

But happen it will, because history shows the area simply can't rely on big industry to stick around forever. Even worse in terms of creating more sustainable industries, an incredible resource is being squandered in the meantime. 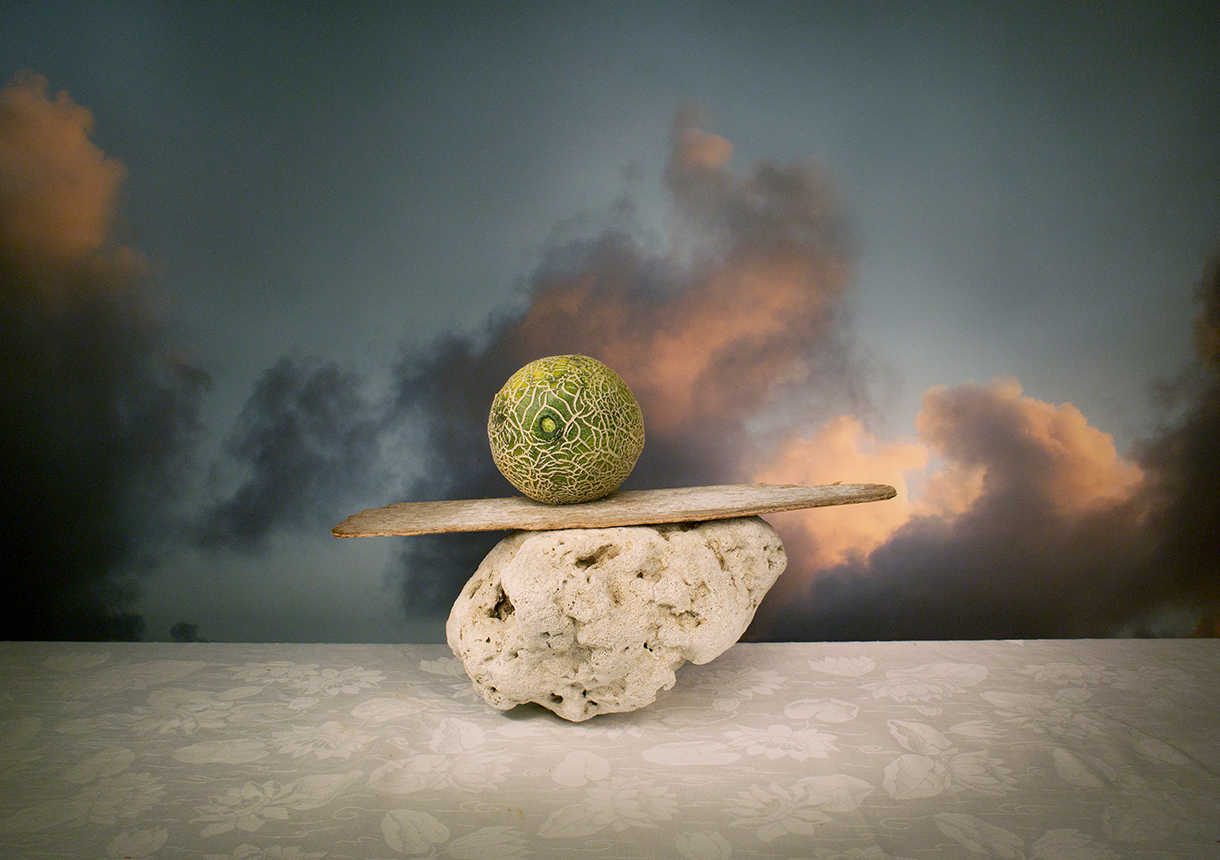 Eating for the climate

IF THERE’S ONE area in which the battle for the food dollar has met the battle for the climate head on, it’s meat. In particular, meat from grazing animals. Those who believe we should all abstain from eating meat have found the ultimate enemy in ruminants, or livestock whose digestive system releases methane, a... Read more