WADU MATYIDI BEGAN in a curious, perhaps unique way. Jillian Bovoro and I started the Adnyamathanha language course Inhaadi Adnyamathanha Ngawarla. It had been running for a term and a half. Most of the students were beginners, some had a smattering of language. Most were of Adnyamathanha background. There were no published resources for beginners and so, class by class, we made our own out of what Uncle Buck and other elders gave us, using linguist Bernhard Schebeck’s unpublished dictionary.

Guy Tunstill, who had studied Adnyamathanha, came along, and wrote up on the board what Uncle Buck said, but at that stage there was no fixed or settled chosen orthography for a language that had lived and was dying as an oral inheritance. Guy used Bernhard’s dictionary with some adjustments as elders had objected to strict linguistic spelling.

One day Uncle Buck turned up with his guitar and said, ‘Let’s write a song then.’ Songwriter Steve Banham filmed that day for us. Uncle Buck gave a starting line, and then Steve and the class threw corny lines back, and we made a song in English. Then Uncle Buck translated it, Guy wrote it down, Uncle Buck sang it, and we had a song – quite an extraordinary resource for us at a stage when we had mostly just learnt single words and stilted phrases. I took it home and went through the dictionary to make it into a useable resource. This is the song we made that day – a small gem of loss and yearning, and a recording of Adnyamathanha living language and grammar.

A fortnight later, Uncle Buck said, ‘Let’s write a story then. It starts wadu matyidi… Once upon a time.’ And so Wadu Matyidi began in much the same way. People threw around ideas, Uncle Buck named the child characters, put them in a context, asked us what they saw. Single-word answers came back naming the animals we knew, and we thrashed out the beginnings of a small story in English that explored Adnyamathanha yarta, and revealed elements of each character at Uncle Buck’s prompting.

What happened next was fascinating to witness. As Uncle Buck translated the story into Ngawarla, the story also grew as his Ngawarla brought with it scenes and experiences of his childhood. Old language was reawakened within his memory. He told me that some of the phrases and words he began using he hadn’t heard used in forty years.

In each class, Wadu Matyidi was amplified, extended with Uncle Buck’s memories, and as he gave us these in Adnyamathanha we would write them down, then frantically chase up translations to English to understand how they would fit into the growing story. What started as a simple naming story in English, to be translated into Adnyamathanha, grew into an overwhelming Adnyamathanha story that was, given the richness and rarity of the language, a major project to translate back into English. Term ended with a draft of an amazing story, a resource beyond what we could have hoped for, and far beyond what we yet knew in language.

Over the summer, I worked on the translation, the consistency of orthography, on a glossary, on correcting heard spelling with what I could find in Bernhard’s dictionary. I ended up with a more consolidated Adnyamathanha version and, with Uncle Buck’s help, worked through unclear meanings to produce an English version. Uncle Buck was still on fire with the story, and over the summer it grew. When term started in 2008, we had a polished story that had been retranslated back to English to reflect its near final form.

UTNYUAPINHA, THE SEQUEL to Wadu Matyidi, began in 2008 because Uncle Buck could not let the children he had invented go, and we were all excited by what we were creating. By this stage, I could keep up with him as his scribe. Uncle Buck was driven, and wanted to work on the new story in and outside class. The skeleton of the story again was made in English with ideas from the floor, and then Uncle Buck soared on his memories as he brought it to life in Adnyamathanha.

Utnyuapinha is not a traditional story. In it, a language on the brink of extinction asserts itself in a painful, sometimes amusing and deeply disturbing narrative. Uncle Buck was among the last twenty fluent speakers of his language; there are now probably fewer than twelve. Yet Uncle Buck, almost by chance, began to create fiction while teaching his language – and, almost by chance, a novelist and a filmmaker were students in his class. The end result is these books and the award-winning short animation Wadu Matyidi.

Filmmaker Marjo Stroud was a student in the Inhaadi Adnyamathanha Ngawarla class. Inspired, she drafted a film script from Wadu Matyidi and, with Sonja Vivienne, produced an animated feature. In 2009, the animated Wadu Matyidi went into production. Uncle Buck poured himself into selecting voices, coaching, recording pronunciation guides and helping to make his three invented characters live in the voices of the child actors, who were Adnyamathanha siblings from our class. These three young Adnyamathanha voices speak imagined words of their ancestors, and articulate a cataclysmic moment in their history. I was not the only person whose hair stood up on end when first hearing it.

WADU MATYIDI THE book, its sequel Utnyuapinha and the Wadu Matyidi film script were published for the first time in 2016. For the serious language student, there is much recorded in these books that helps to safeguard and resource Adnyamathanha for the future. These books also complete the process of making Uncle Buck McKenzie’s legacy available to all.

Most importantly, they are potent, inspiring works of literature, products of a creative collaboration that drew from Uncle Buck the language and memories of his youth, and his considerable talent as a storyteller. Uncle Buck passed away suddenly in 2012, but I know he would have been delighted with these books. They are published in the form they had at our last editorial meeting. He was happy with them then, but over time he would have changed things – nuances, phrases, memories – if he had had the chance. That was his way.

Adnyamathanha Ngawarla is something to be treasured here and now before it is too late. My dream in learning it, and helping to make these books, was to see all South Australian school children study it and, in doing so, truly begin to know their own country. Reconciliation and Australia’s ancient languages go hand in hand. 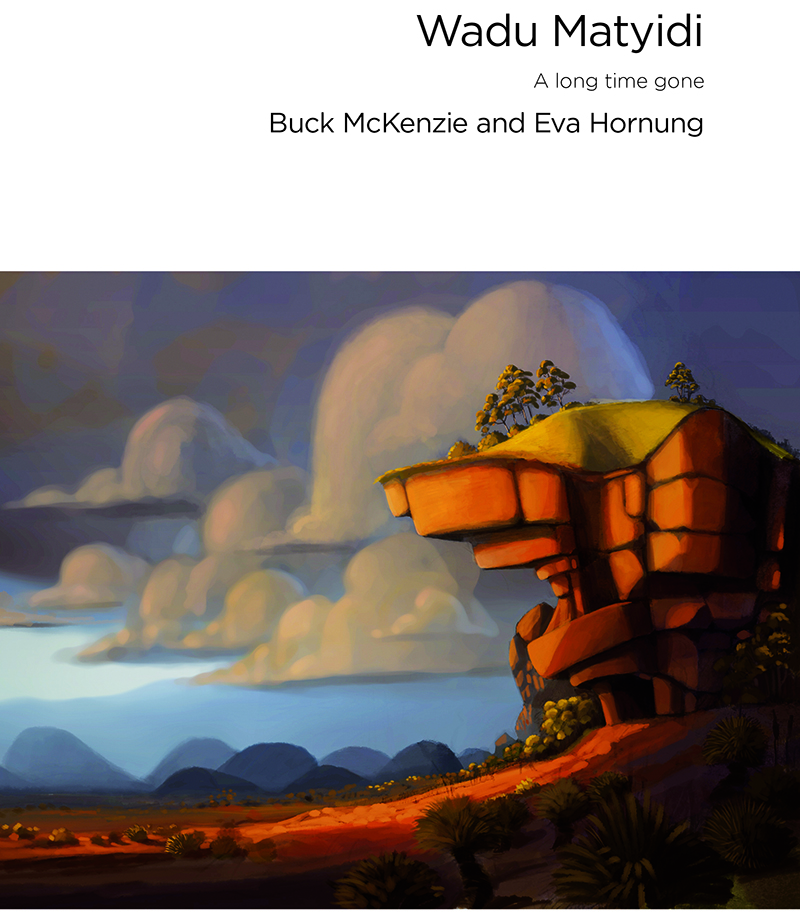 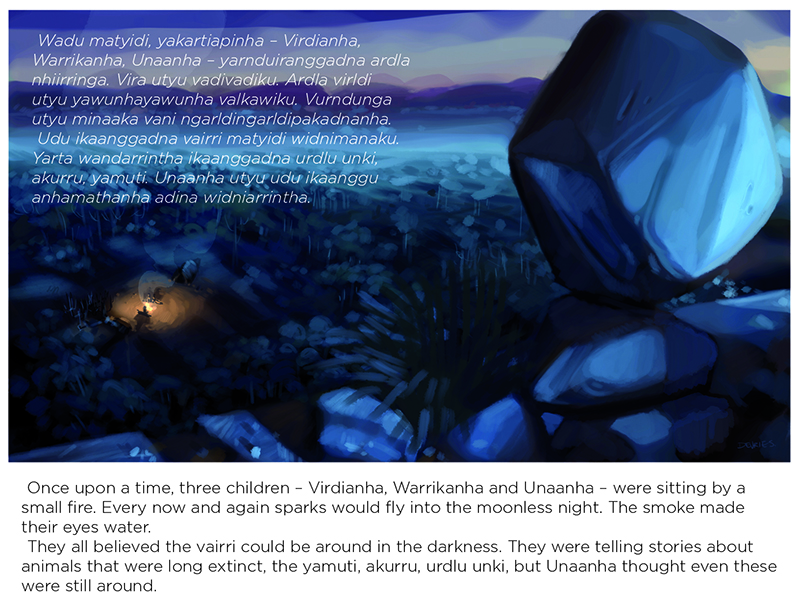 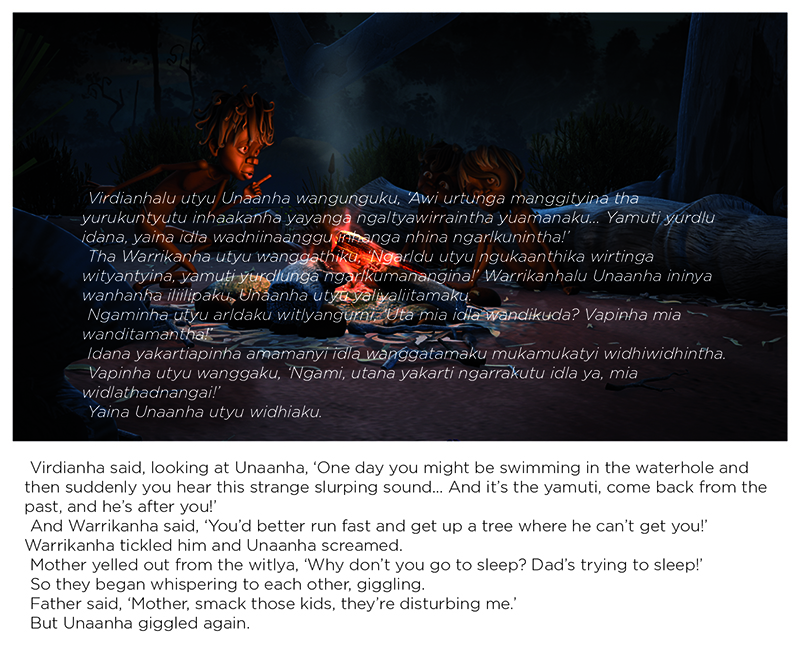 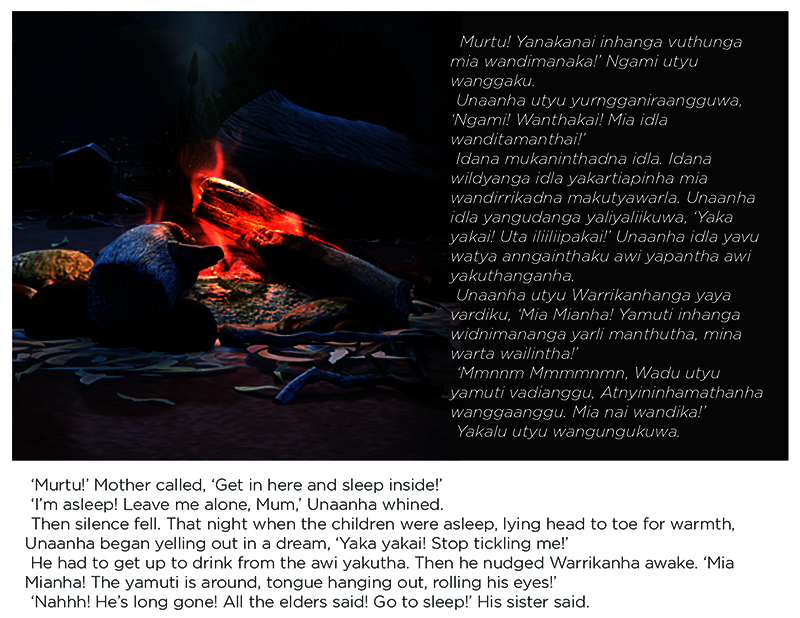 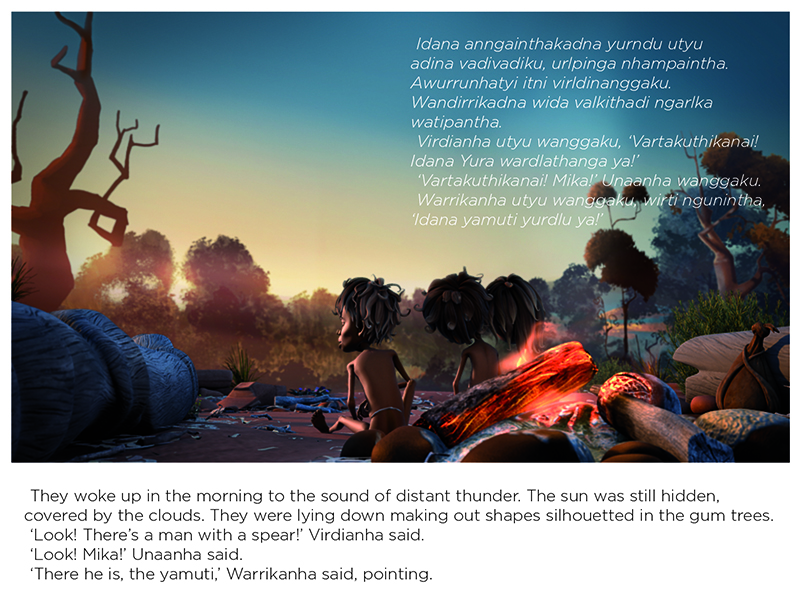 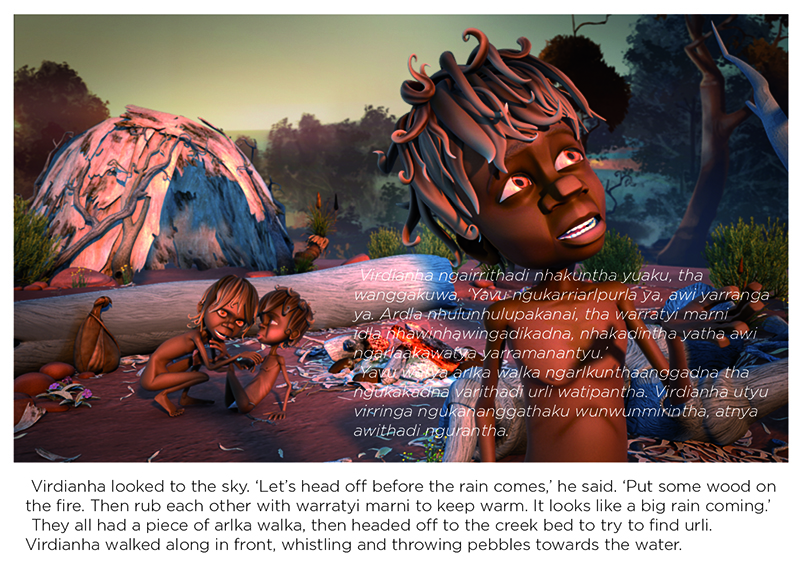 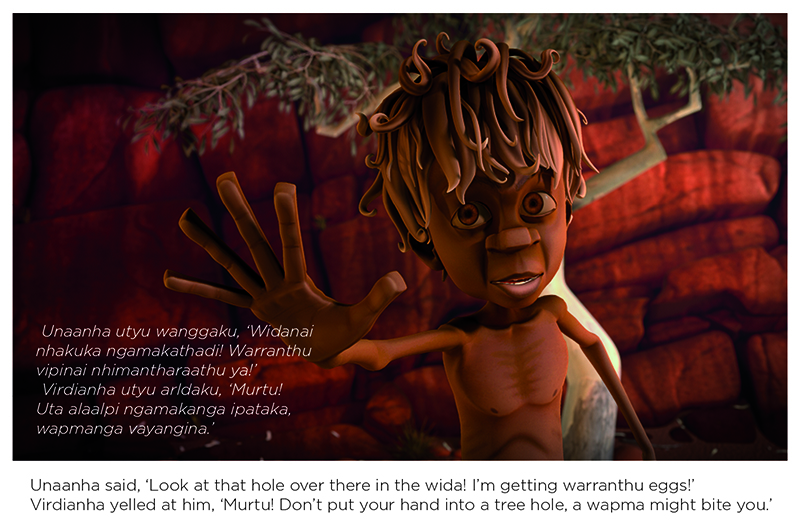 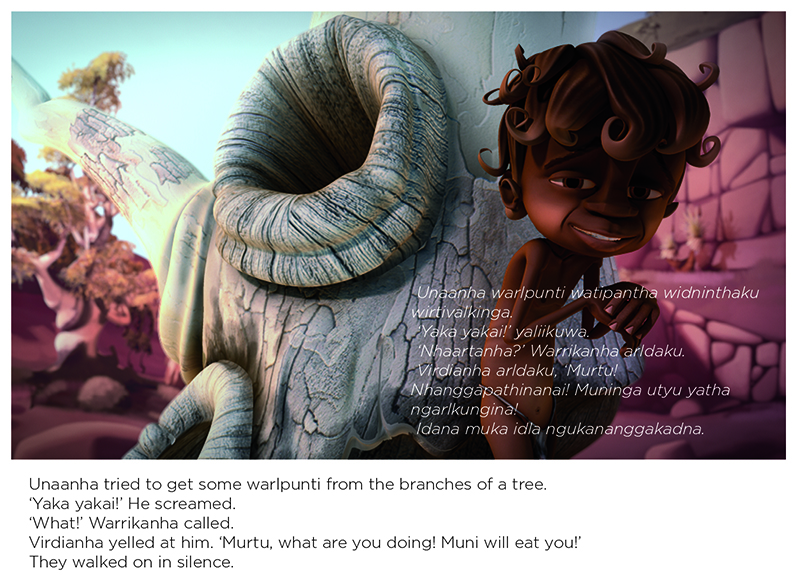 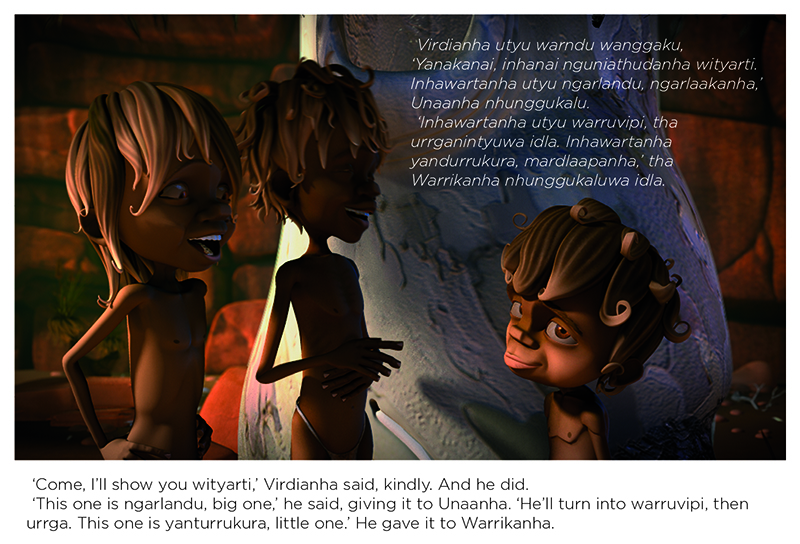 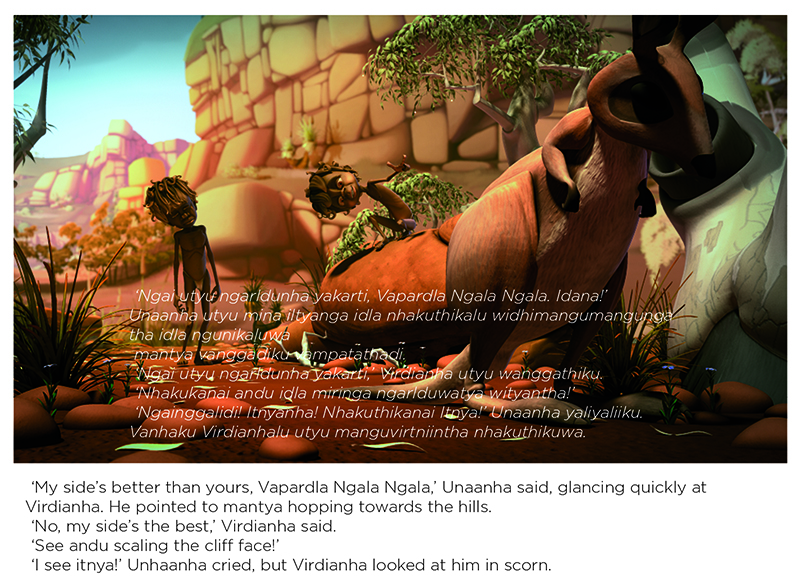 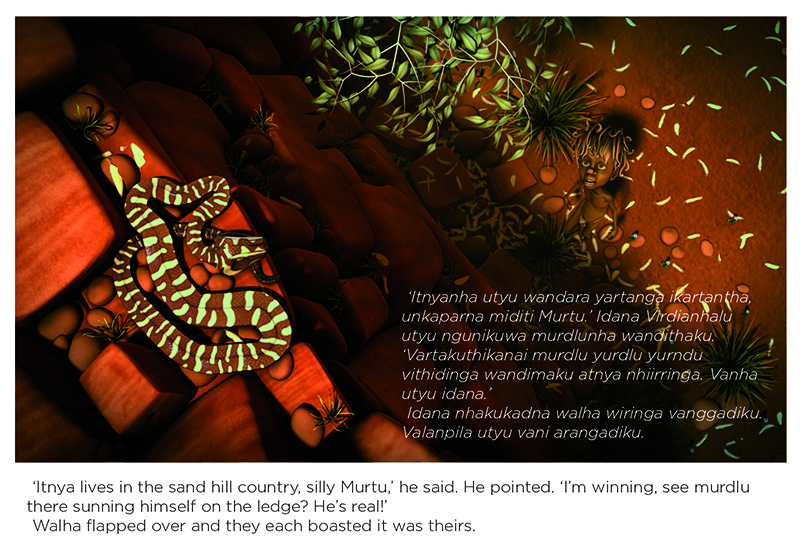 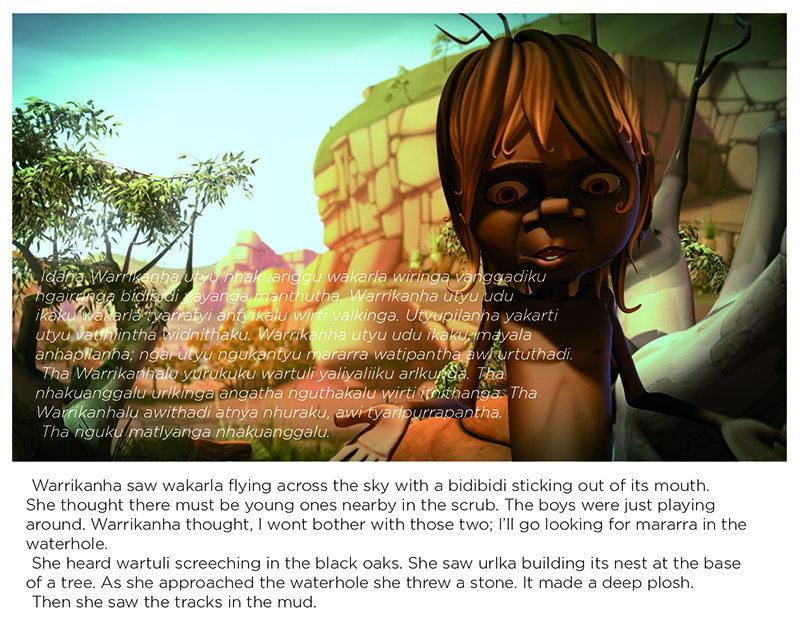 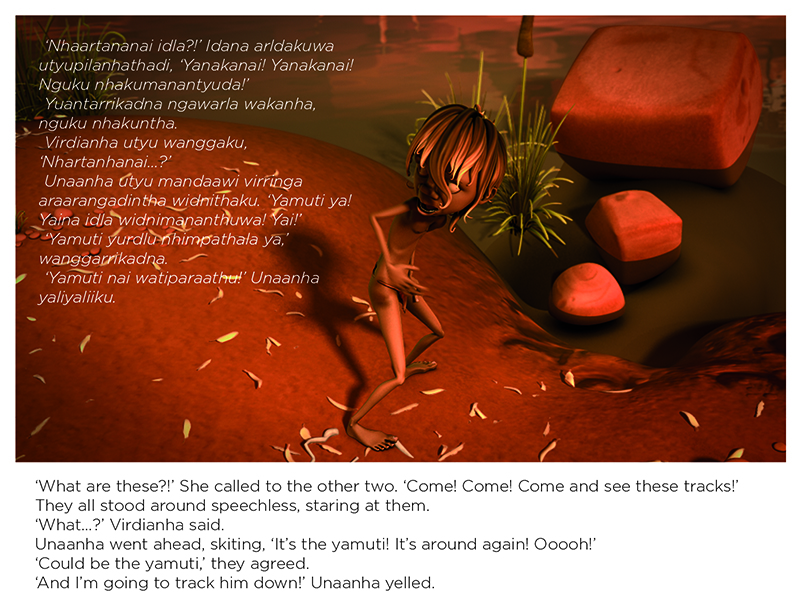 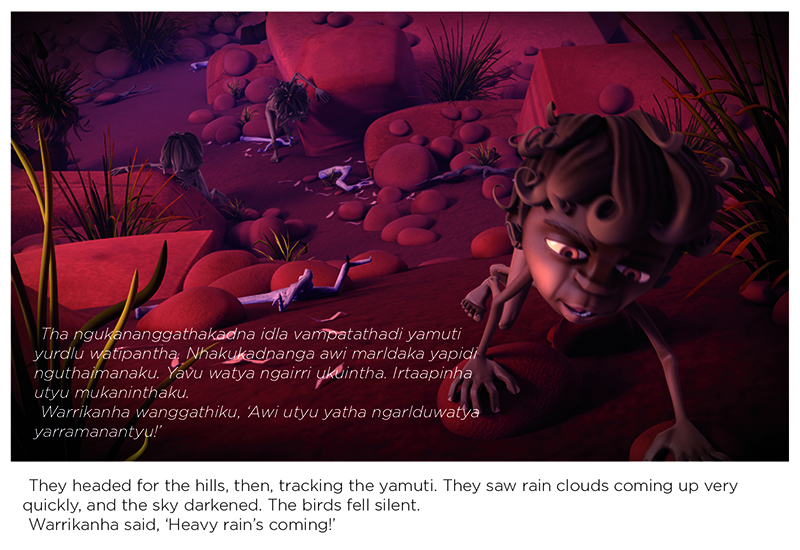 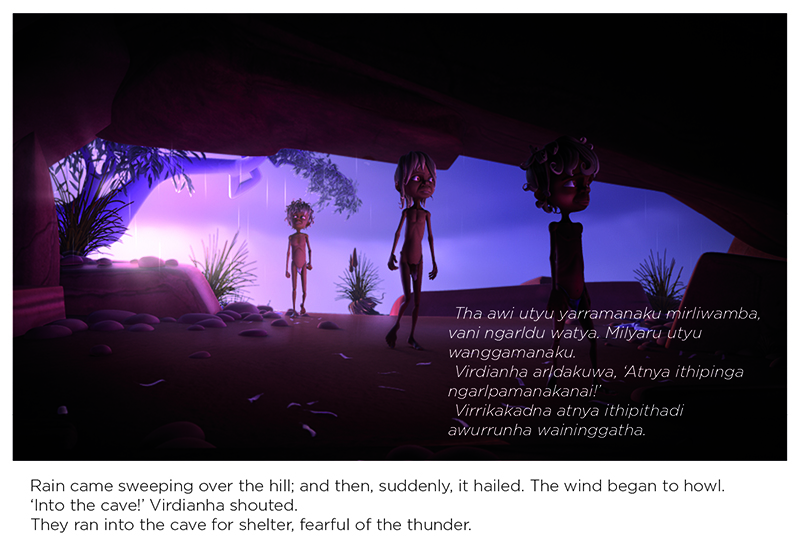 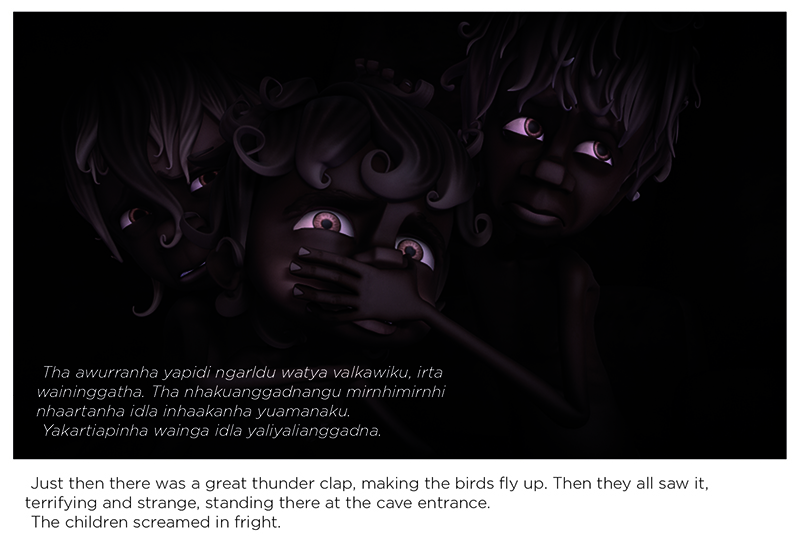 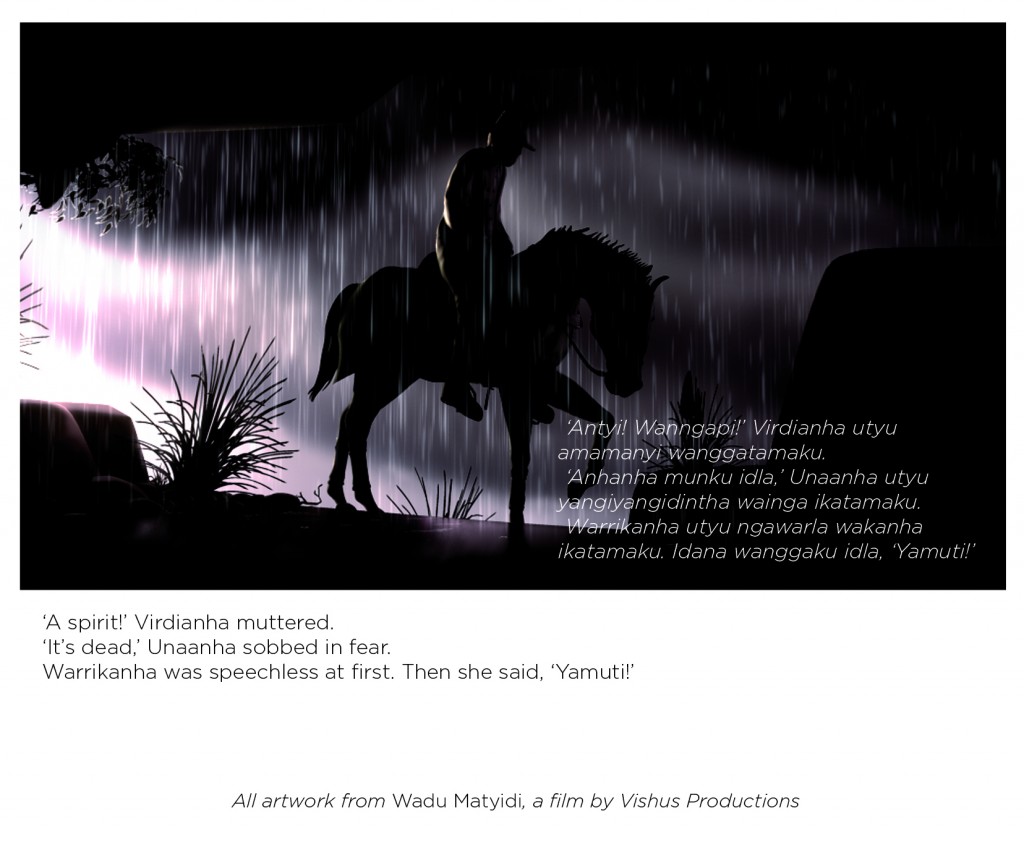 THE FOOTFALL OF the horse was muted in soft ground and leaf litter. The path ahead glimmered with an undersheen of pale clay – forgotten gold, maybe. The forest was riddled with tunnels, had once teemed with frenzied digging, shaking, boring. It had been flayed, a long time ago, and now was porous, treacherous with... Read more