The skies of Middle Europe

A bus journey from Prague to Krakow
by Stephen Orr

We begin near the railway station at 6 am. It’s dark and cold and there are thirty, perhaps a few more, people standing around waiting for the drivers. Buses are my favourite form of travel – cheap, convenient, sluggish, big windows and small toilets. People jostle, load their bags, get on and find a good spot. Coats are left on seats as a deterrent. Back outside the sky is cloudy, grey, filling the void of a rheumatic middle Europe. I can smell diesel. That was always the smell of school excursions.

We wait for the drivers to finish their smokes, and we set off. Around a few inner-city blocks, past a suburb of apartments and, within ten minutes, a freeway lined with building-supply depots, chicken shops, petrol stations. None of the Old Town here, no Wenceslas Square. No Kafka walking up to Prague Castle to work on a story at 22 Golden Lane. Just an icy, blue-veined sky lightening at the edges. Perhaps Prague is all cities, following familiar patterns, unrecognisable later, unless you’ve labelled the photos of factories and train sheds, piles of building rubble and small, stingy houses clinging to the bit of city meets country. 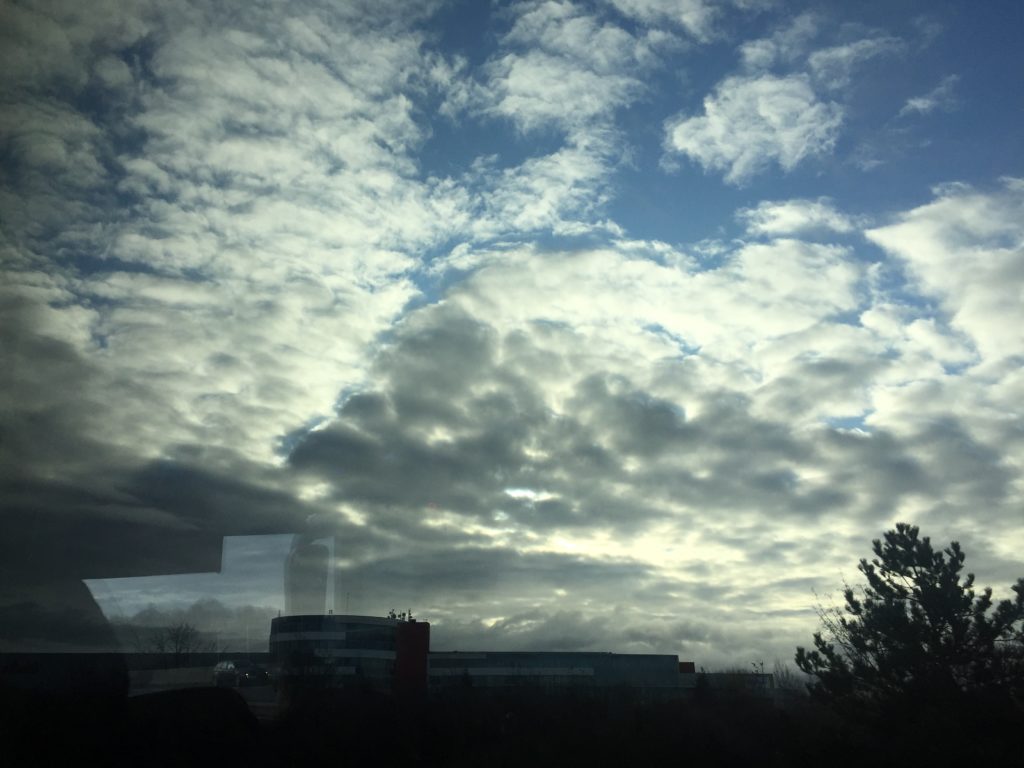 Rowen was a traveller. Me, walking along a path beside a dry creek in my white-bread, middle-Australian suburb, and there’s Rowen, his bike loaded with packs, sleeping-bag, food, clothes, a flag. Rowen, sitting looking across the smooth pebbles at clotheslines and a retirement village car park. I asked him where he’d been and he said almost everywhere – Darwin, Hervey Bay, Cairns. I asked him how he got here, miles from shops, the city centre. He just smiled and said, I keep riding till I end up somewhere. 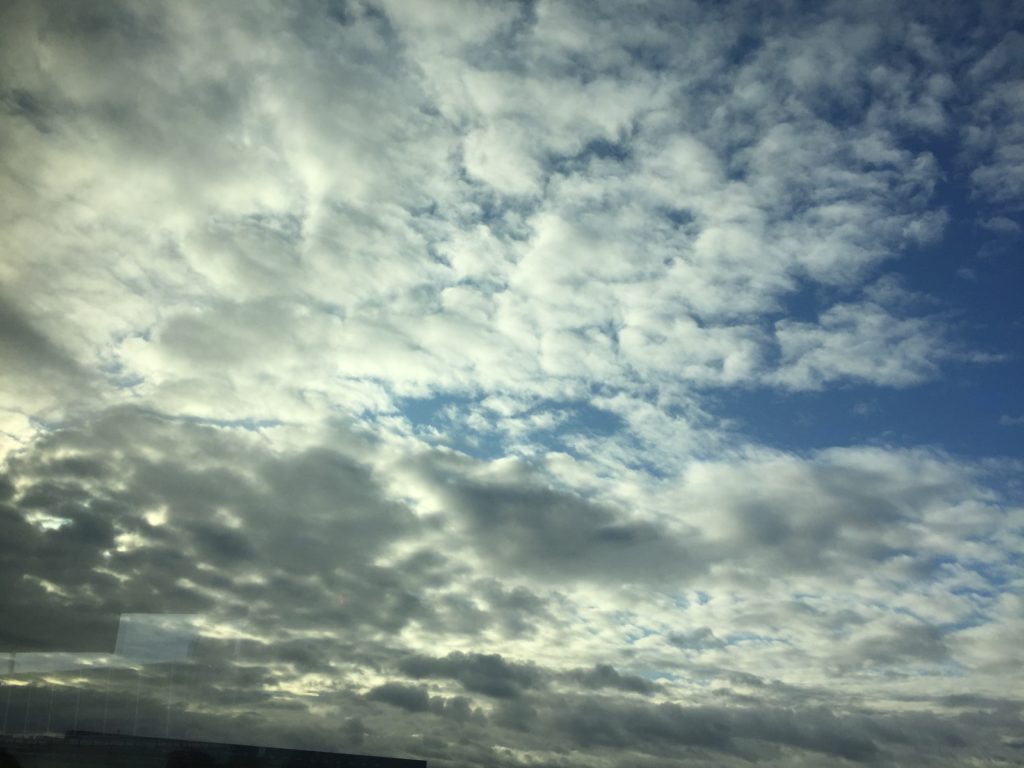 The first blush of blue, and I savour the unfamiliar country and sky. Travel is about picking up where you left off, aged twelve or thirteen, at the end of a childhood exploring everything, learning everything, seeing everything for the first time. At some point things stop surprising you. And now, thirty years later, you realise the only way to reclaim this wonder is to travel beyond your small town, your house, your yard, your made-for-television life. Thirty years of study, work and repetition that came, comes, to nothing. 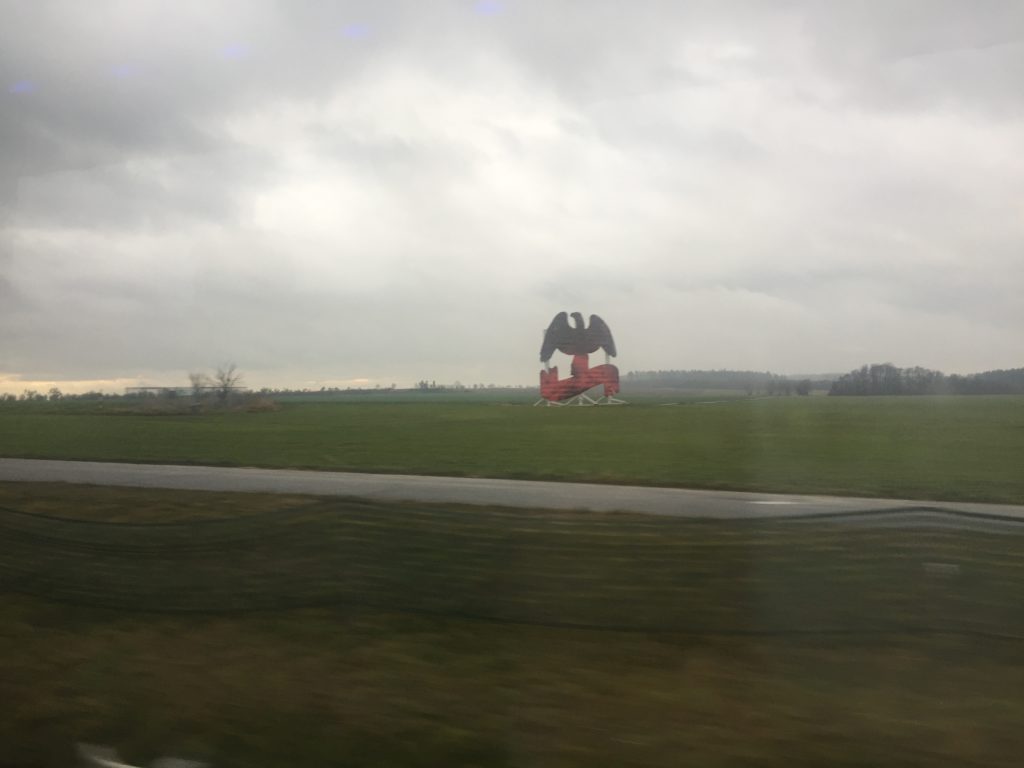 Prague. A mess of absinthe shops and pork knuckles, but just as much, the driveway where Heydrich’s son was run over outside the castle, and the bullet-shredded window of the basement of Ss. Cyril and Methodius Cathedral where Heydrich’s assassins hid (before the inevitable).

The sky is not the one you’ve been seeing for fifty years. It’s new; it belongs to people who spend their lives avoiding the Old Town.

A monotony of fields, farms, bridges. Forests that go on and on as thirty bodies stretch out, yawn, open drinks. And what if, at the end of some dream, I woke up, there! (as it flashes past), behind that plumbing warehouse, in the long grass, inside the locked yard? What if I had to start over? Where would I begin? 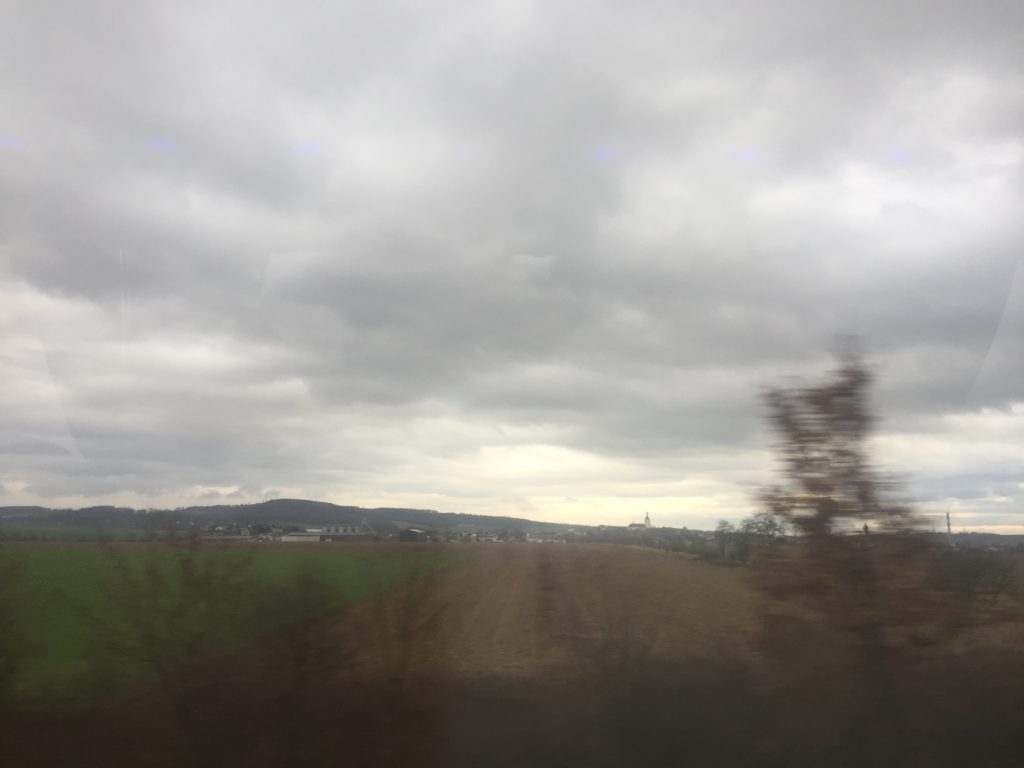 After a while we stop at a service station. We’re told we have fifteen minutes and wander inside, buy expensive sandwiches, strong coffee, as the drivers drink soup and eat rolls put aside for them. We wait in a little picnic area, a trellis with plastic vines, hundreds of butts, the same rubbish from the same buses, the same experience, repeated a dozen times a day. I see a patch of blue sky and find it familiar: a tuft of Blair Athol blue, the same kick-the-ball blue we claimed during our fifteen-minute little lunch. 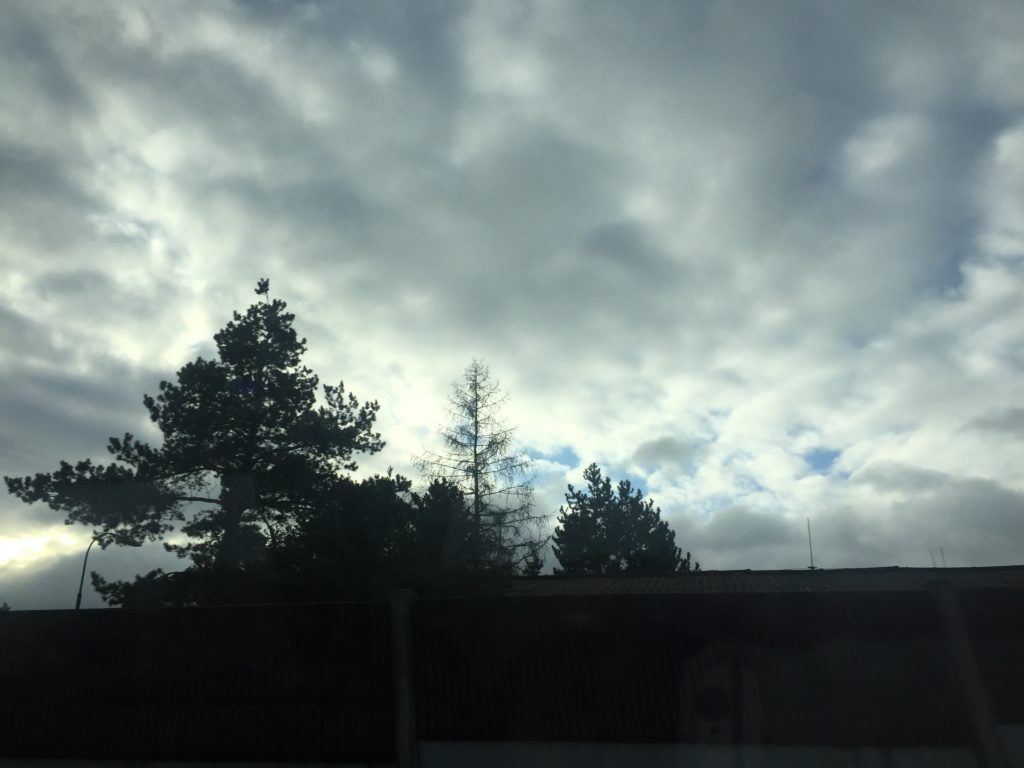 I’m not sure why I travel – attempts to escape the routines, the trajectory that drags me through life? Maybe I’m looking for an alternative, more interesting me. Perhaps the undergraduate, teacher, scribbler choices were all wrong, and here is an attempt to discover if there was meant to be somewhere, someone else.

I remember, as a kid, trips across the great expanse of Australia. From Adelaide to Melbourne, sweaty legs on vinyl seats, the unremarkable patches of scrub, the heat-seeking sky, the small towns with their silos and area school and an Elders Machinery for tractor parts and fertiliser. The on and on, the impossibility of cloud, the radio fading in and out of consciousness. As I try to match the moments, I stand waiting for everyone to get on the bus. 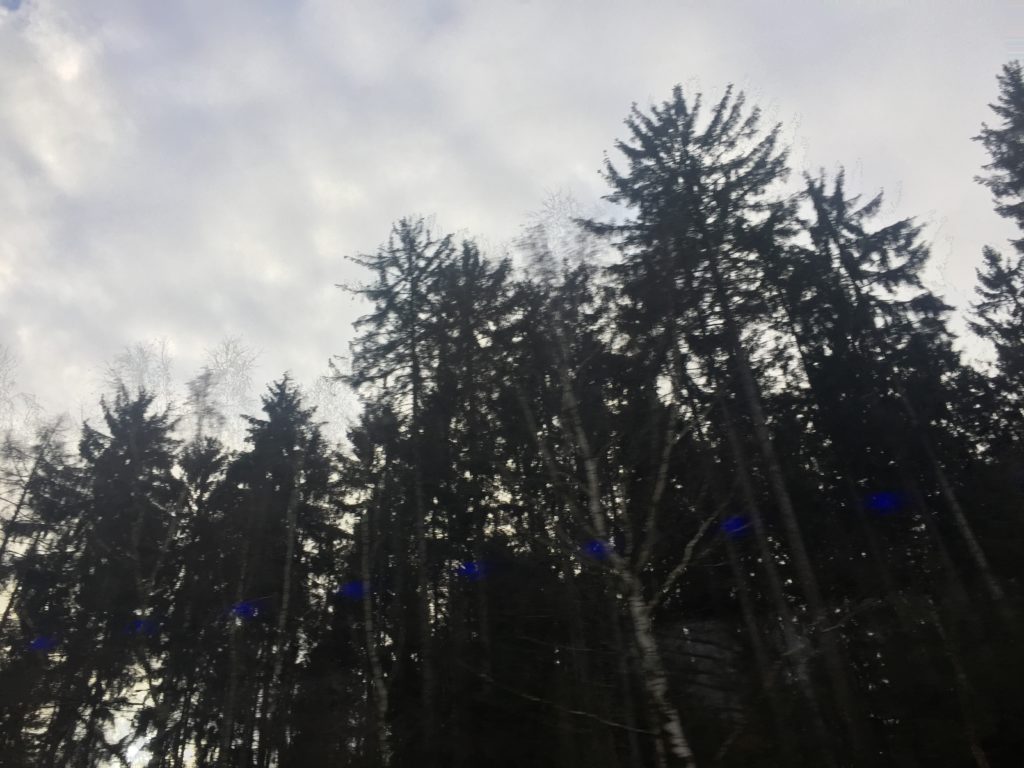 The first driver closes the door and continues. I look back and wonder if they’ve missed anyone. Shouldn’t there be a roll call? Again, I wonder. What if I were left at this small service station, deep in the Czech Republic? Could I just say, Well, here I am, another go?

Now, the interior lights blur into blue and grey, filling a sky of power lines, high-tension electricity that fails to excite us, or anything, as we head into Poland. A geography of one landscape, one sky, revealing small variations after hours of staring, watching, wondering. 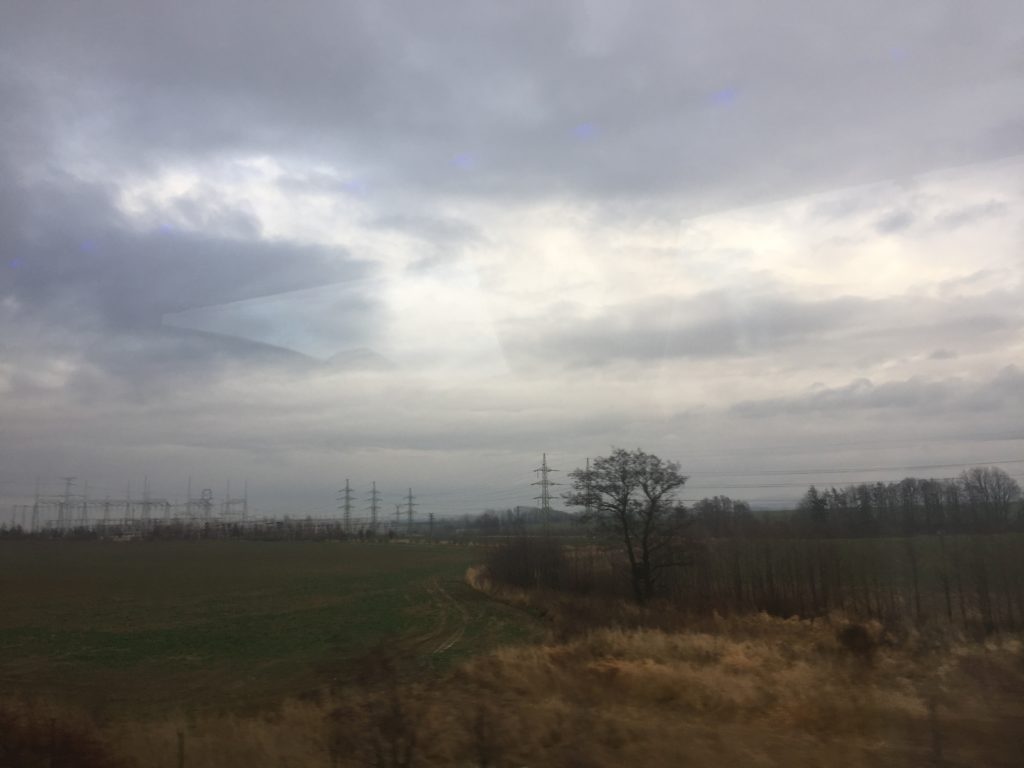 I could stop, leave the bus, float in the cold air, cease being in any physical sense. Who’d miss me? My parents? Family? Friends? So? What do I owe, and to whom? Everything is a variation: the seagulls from Semaphore Kiosk crowding around Joyce off O’Connell Street; wheatbelt crows in a Frankfurt courtyard, waking everyone at the Monopol; a kid screaming for gum in Smithfield, or Leipzig. And what’s so unique about people? About the grey, homeless Christ kneeling outside Rome’s Termini, picking food off the ground, eating it; the African selling selfie sticks and phone chargers outside the Forum; the old man bouncing a soccer ball on his head on the corner of Via Cavour and Giovanni Amendola; nuns consulting their guidebook as they peer across Rome from the Colosseum; the man I watch, from my hotel room, standing beside his souvenir stall, waiting for customers who never come.

Why do people travel, up the Eiffel Tower, or standing thirty deep in a small room to see the Mona Lisa? Nothing can come of it. It’s unlikely to make you happier. Thousands of generations of humans never travelled, and so what? Sydney Harbour was nicer without the tour buses, or bridge, or people. The woman with her flag saying, Follow me, quickly! I had one at Auschwitz, pushing into line in front of me, inserting her group, as they apologised on her behalf. 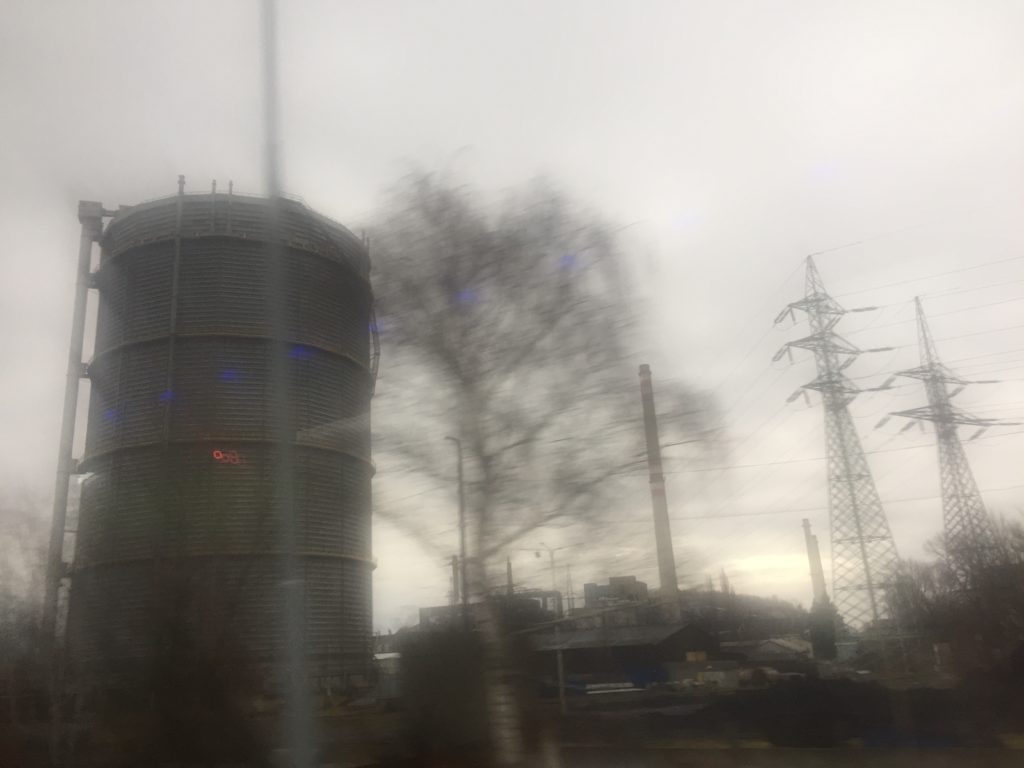 The morning stretches, and there are no more stops. The bus rolls on, and I’m stuck in the same position, lost in the sky (and the little bit of land that gives it some context, some meaning). I’m aware that some people don’t go home. They find another country, wife, husband and stay in London or Oslo, and start again, working for KPMG or Deutsche Bank. Although I don’t think Rowen was one of those.

It doesn’t end well for some. The pumps stop working. The soil cracks. But others know they were born in the wrong body, the wrong time, the wrong place. These are people who see every variation in the cloudscape. 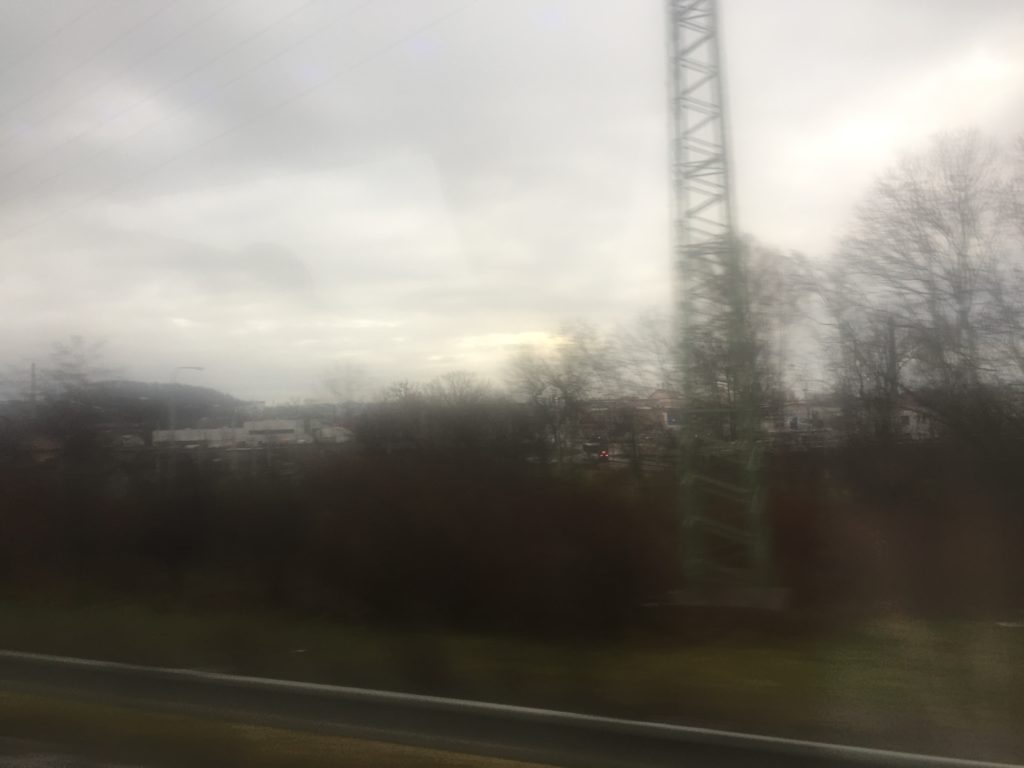 Travel needs to be ambitious. It can’t be the bus to work, or the plane to the Gold Coast, theme parks, chain hotels. Only if it offers the opportunity to fuck up everything you’ve ever known. Amundsen and Scott, Leichhardt, Crozier and Peng Jiamu, refusing to return home after a busy day at work.

Aged twenty-four I backpacked (on Greyhound buses) around America for two months. Twenty-five states. Six or seven travelling companions I picked up and lost along the way. I was, I swear, willing to find someone, some place, and make that my life. I took samples of my orchestral arrangements, determined to visit Universal Music in Los Angeles (though I never went in). I returned home, and for the next thirty years I used this journey as a reminder, a sort of regret. 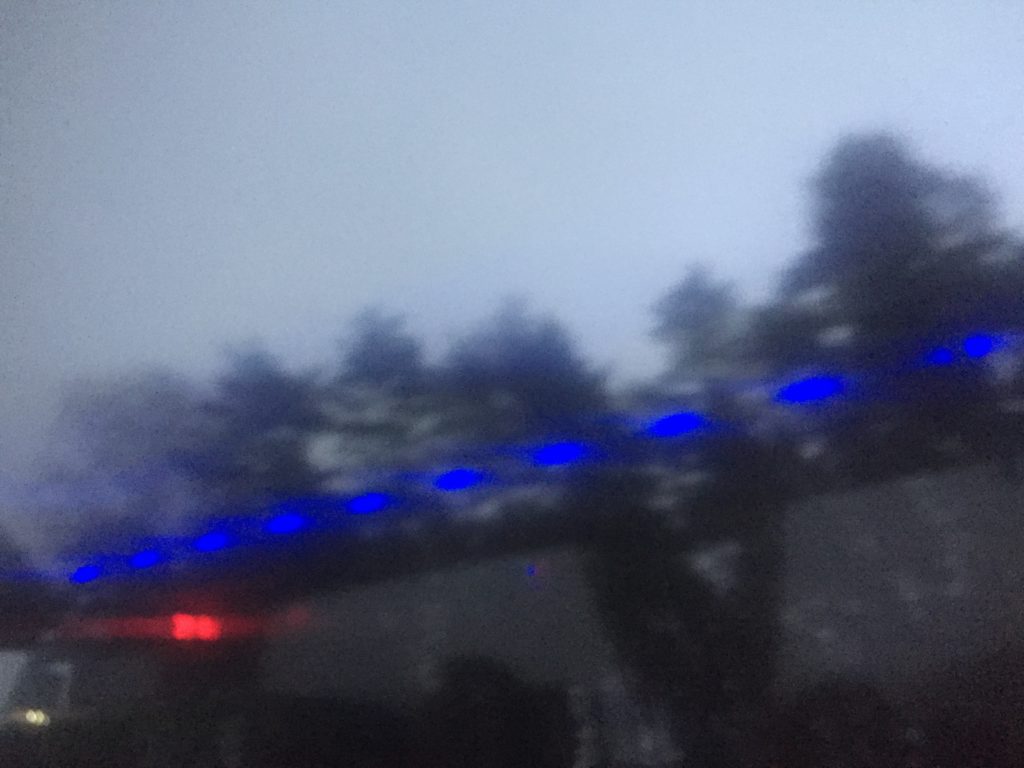 And now there’s a glow from a distant Krakow, and I realise the day has been an arc, one thing leading to another, the bits in between lost because I thought it was about the destination. But it was really about the meditation, the thought, the feeling, the intimation of happiness, of contentment, that I’m here, smelling hot chips and body odour, with all these people, on the way to a town I’ve never visited. We have become a silent club, like the dozens of people standing, every evening, outside Termini watching a murmuration of starlings rise from the pines, fly a few noisy circuits, warp and weft in a small, twilight miracle. 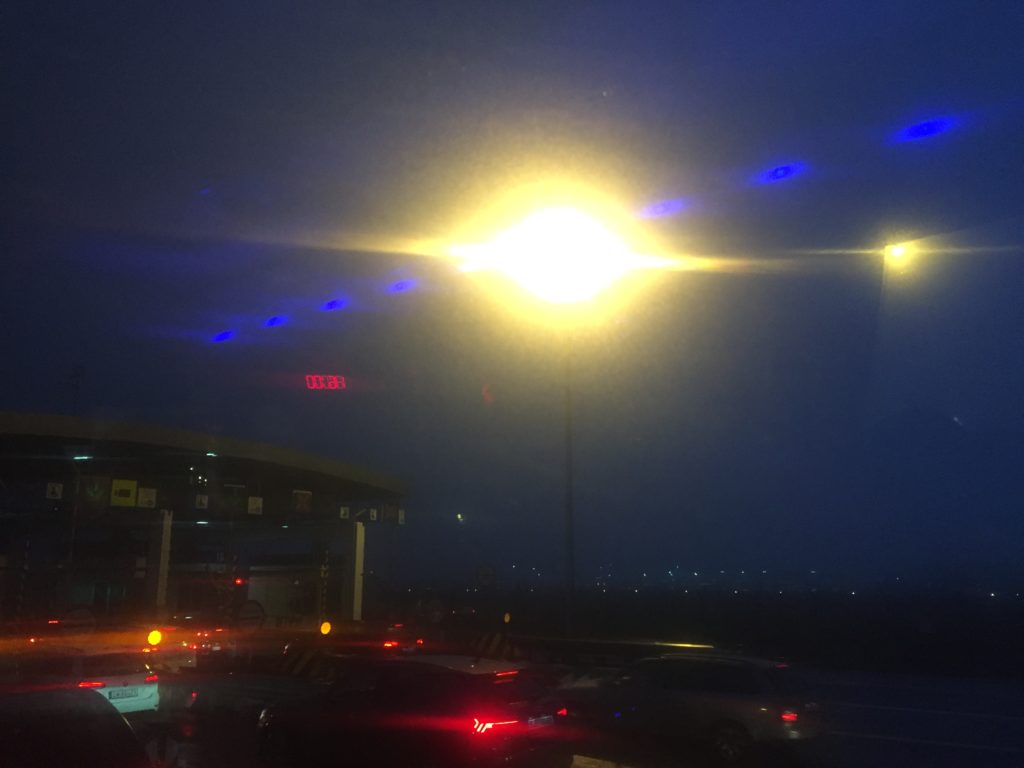 And here, a week after I arrive home, cast off the jet lag, weed the garden, walk along the path where I first met Rowen, I realise travel’s really about remembering who you are, where you’ve come from (songs of the ’80s, the scent of eucalyptus, the smell of freshly turned pine, an old teacher’s cologne recognised in a Paris backstreet, handwash summoning your sister’s cheap cosmetics as she made up for an ABBA concert), what you have, how you got there. Nothing about change, but the sum of all the parts you’ve, happily or not, accepted.

WILLIAM DUTTON WAS still walking towards school. Two decades after he’d finished, still. Carrying his guitar, head down, mumbling to himself, resenting that he had to go, waste another day, fill in shitty little forms that he always got wrong, screwed up, started again, or forgot to attach, eliciting a reminder email. He didn’t even... Read more