then light. Through the open window,

a cricket starts up its whirring. Steam rises

from the kettle. The tea grows stronger –

no words today: a tightness around

Sprigged flowers. What has the mind

to do with such wallpaper? No way

to knuckle through to its imaginary

eye goes out through into its living place.

I’ve spent too long in the house.

In the night, memory’s garden coalesces.

On another island, peaks pushed together,

then abandoned: a child’s careless empire.

The creeping moss, deep over cottages

and livestock; the curtained beds are hollowed.

Heaps of stone. Heaps of ash. A shovel.

move this. The morning’s work. I

sit at the desk. Its landscape is grey-

green spores spreading out of the dream

place, its growing shadow. Its bloom.

The rot runs deep. We slice at dead

tissue, find only blackness – an eclipse

in the star-pinned night. Light glancing

off a window swung open across the bay:

a clean blade of hurt. We break ourselves

open. The world pours in, feeds on the void.

in the room. Out there the sea is turning

its cut surface back into its whole flesh

tirelessly over the sand, the sand keeps

repeating its sound of an in-drawn breath.

Night so dark stars slide down the glass.

On the shelf, a family of glass jars

than a secret thought. In the Surgeons Hall

they display a gnarled foot, an abscessed tongue –

The tongue speaks. It wants to speak

green fractal of itself. It wants to speak

of the stone: O. Self-sufficing.

In the mouth of the glass it wants to speak.

It speaks blotch. Says: This. This.

Note: This poem is a collaboration between Eileen Chong and Lisa Gorton. Following the theme ‘Generosities of Spirit’, the two poets responded to each other’s work, however it unfolded, each contributing three couplets in turn across four parts. This was meant as a creative act of trust and responsiveness. 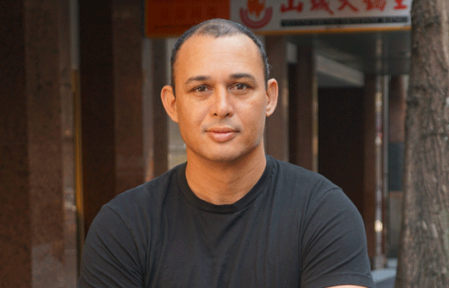 When the heart speaks 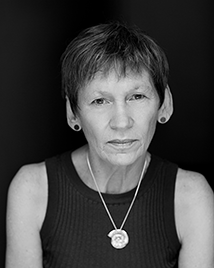 IMAGINE YOURSELF A bird, huge, flying out of time through a smoky sky, back, back through millennia. Further than your own memory, deeper than your instinct: about 226 million years. Gondwana floats, massive, around the polar south. Umbilical. The shape of Australia, the place that will one day be your home, is still lost,... Read more

my ancestors peer towards dry land from the deck

of a ship; or are they like swine, packed into the hold

to see the sun only when they arrive for the slaughter –

how do you tell those who have survived

that it is better to die than to live by trampling