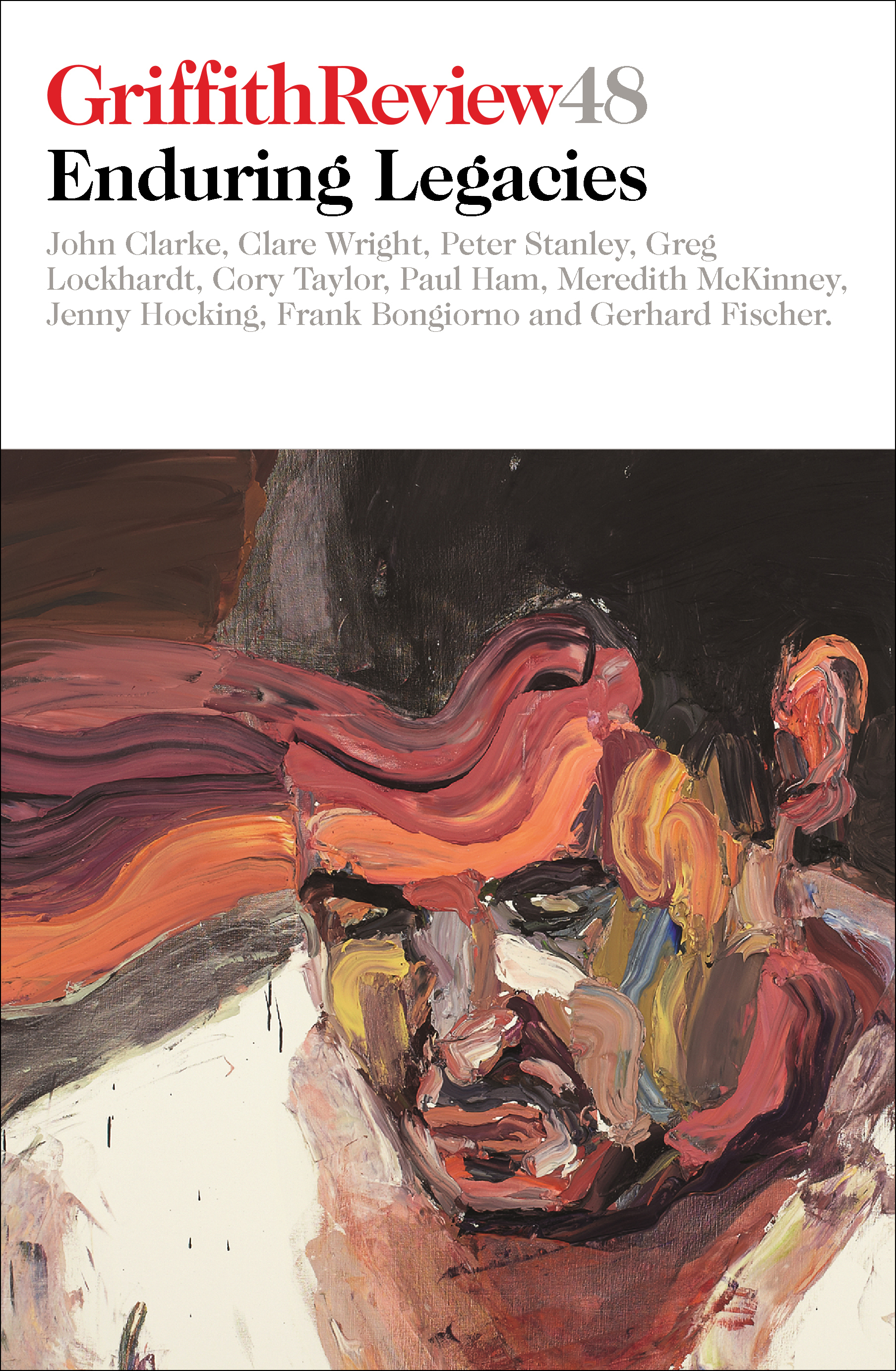 Exploring the consequences of Australia’s involvement in war with a critical and inquiring eye, Griffith Review 48: Enduring Legacies assembles a team of scholars, non-fiction and fiction writers, journalists and broadcasters to pose hard questions about why we remember and what we forget. How did the wars shape Australia socially, economically and politically? How did they alter the understanding of Australia’s place in the world and in our region? Did Gallipoli mark the coming of age of the new nation, or did that war devastate its potential?

Celebrated historian Clare Wright reflects on the nature of historical memory: who we remember and what we choose – to our psychic and civic detriment – to forget.

Peter Stanley argues the attention placed on the commemoration of Victoria Cross recipients risks distorting awareness of the tragic experience of the anonymous majority of soldiers.

Jenny Hocking contends that Gough Whitlam’s reformist political beliefs were influenced by his personal wartime experiences, ultimately shaping his vision for the country.

Enduring Legacies, co-edited by Julianne Schultz and Peter Cochrane, will highlight the importance of remembering beyond prescribed and celebratory frameworks.