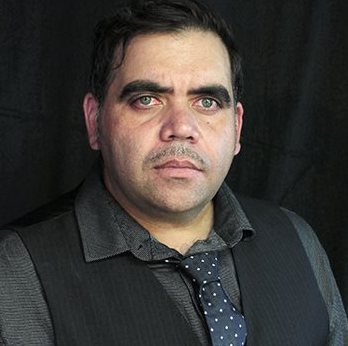 Samuel Wagan Watson is a Brisbane-based writer of Germanic and Wunjaburra ancestry, and the recipient of the 2018 Patrick White Award.

His poetry collections include Love Poems and Death Threats (UQP, 2014) and Smoke Encrypted Whispers (UQP, 2004), which won the Kenneth Slessor Prize for Poetry at the 2005 NSW Premier’s Awards.

His work has also appeared in Caring for Country (Phoenix Education, 2017), Cordite, The Saturday Paper and the Chicago Quarterly Review.

The elsewheres of Charlie Bolt
Edition 68: Getting On