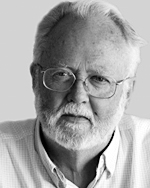 Bruce Elder is a journalist, writer and commentator and has been involved in writing over sixty books as well as working as a print and radio journalist in both London and Sydney.

He worked with the Sydney Morning Herald for twenty-five years from 1988-2013, specialising in travel and popular culture. He still writes music reviews for both Sydney Morning Herald and The Age. For the past five years he has been developing Aussie Towns (www.aussietowns.com.au) a detailed internet travel guide to every town in Australia, which now is over 2 million words long and due to be completed in 2019.

In 1988 Bruce won acclaim for his book Blood on the Wattle which was praised as 'arguably the best book ever written about Aborigines by a white writer'. It was recently listed as one of the ten most influential Australian works of non-fiction in the twentieth century in an extensive poll conducted by the Sydney Morning Herald and The Age.

In 1996 Bruce won the prestigious Pascall Prize for Critical Writing. This was the first time the award had been won by a writer working in the field of popular culture.