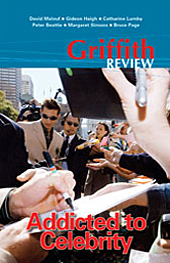 Who guards the guardians?

TODAY I WANT to talk about a difficult problem – one that all politicians seek to avoid, since it brings them into direct conflict with the media. I want to talk about making the media more accountable. And since I am a state politician, I want principally to discuss that area of the media the state can influence – newspapers and other publications. While Commonwealth law makes Canberra the decision–maker on radio and television, the state retains extensive powers to regulate newspapers. Should it use these, and how?

Someone once observed that we all walk backwards into the future – that is, we create institutions and policies that make sense for the world we have experienced rather than the world as it will be. There is no greater example than parliamentary democracy. The 19th century saw the rise of parliamentary democracy without political parties. Parliament could keep government accountable because no government could be sure of its majority. Governments had to work closely with individual MPs or risk defeat on legislation .

By the 1890s this was all changing. Disciplined political parties were arising – not just in Australia, though we were an early adopter – but in the UK and European countries such as Germany.

Yet when Australia's founding fathers came to write a national constitution in the last decade of the 19th century, they ignored the evidence around them of emerging political parties and instead created a Commonwealth parliament based on the assumption that independent MPs would hold governments accountable, as they had in the colonies.

It didn't work out that way. By 1910 the Commonwealth parliament was dominated by political parties and, since then, Parliament has lost its preeminent position as the place where the executive is kept accountable. Instead, it has been necessary to create a whole set of mechanisms outside parliament to keep governments accountable – freedom–of–information laws, judicial review of ministerial decisions, auditors–general, organisations such as the Administrative Appeals Tribunal and the Crime and Misconduct Commission.

Such instruments of accountability are a tacit admission that Parliament alone no longer has the authority to keep governments on the straight and narrow. The national Parliament was designed for a world that was slipping away even as the constitution was being written.

BUT NOW LET me talk about another institution that is long out of date and needs similar reform: the notion of a free press. Just as 19th–century democracy relied on independent members of parliament to keep the executive accountable, so it placed great value on a free press to ask the hard questions, to keep a spotlight on ministers and their actions.

But who would guard the guardians? Who would keep the media in turn honest? For early advocates of a free press the answer was simple: competition. Because there would be many newspapers vying for public attention, the media could be counted to preserve overall balance. If one newspaper told a lie, other papers would gleefully point that out. Competition amongst journalists might produce sensationalist stories, but it would also keep everyone honest – ministers, governments and journalists themselves.

This enthusiasm for a free press is perhaps most famously described by Alexis de Tocqueville in hisDemocracy in America, originally published in 1848. De Tocqueville provided a brilliant survey of this new type of society – a democracy in which censorship was all but unknown, in which even defamation laws could seem an unreasonable restriction on the vital role of a free press.

Just 26 years old when he arrived in America in May 1831, and used to strict government controls on newspapers in his native France, de Tocqueville discovered an "incredibly large" range of American newspapers and newsletters, journals and periodicals, with no licence fees, securities, taxes or regulations to constrain the competition for an audience. Indeed, he could find "scarcely a hamlet which has not its newspaper". Yet the number of publications, and the diffusion of opinion through a multiplicity of sources, ensured no single editor or journal could shape public opinion.

The pluralist pattern of the media became for de Tocqueville a metaphor for the organisation and operation of American democracy; here no elite or metropolis prevailed, but rather "the intelligence and power of the people are disseminated through all the parts of this vast country, and instead of radiating from a common point they cross each other in every direction". De Tocqueville concluded that a free press was an essential underpinning to a stable and successful democracy.

THAT VIEW HAS become part of our political world, an assumption rarely questioned. Of course democracy relies on a free media and our laws and political practices reflect a shared belief that the media is a legitimate part of the political system, with a right to probe and criticise.

Just like parliamentary democracy, the idea of a free press has been made part of our institutional fabric even though it no longer exists in the way de Tocqueville understood. For the cut and thrust of a thousand competing voices is long gone. Many Queenslanders live in communities in which there is only a single local daily newspaper deciding what will be news, supplemented by radio and television stations. That constant, restless interrogation of policy that de Tocqueville described is long gone in this age of budget–conscious, demographic–driven media organisations.

Which is not to criticise individual journalists or the organisations they work for. It is simply to say that to be an effective check on government, a free press requires intensive competition and that such competition is no longer a feature of our society. Cities like Brisbane that once hosted a dozen different newspapers, owned by competing proprietors with different political agendas and a sharp eye to each other's failings, are now served by a single newspaper.

The same story can be told for much of Australia. In newspapers, the economics of publishing outside the largest cities, such as Sydney and Melbourne, have all but ended competition. In the electronic media, budgets do not stretch to the level of scrutiny the Americans studied by de Tocqueville could take for granted.

No matter how talented individual journalists are, no matter how hard they work, the industry has changed fundamentally.

A near monopoly is not a free press, at least in the traditional political sense of the term. Sure it remains free from government censorship but there is no mechanism left to expose and correct bias within the media. Journalists do not write stories criticising each other. The Courier–Mail does not analyse mistaken reports in the ABC, or the ABC hold to account sloppy reporting in some commercial television report.

For the public, the media are the sole source of apparently authoritative comment about politics. But in the absence of meaningful competition, how can the public know whether it is getting the truth? What is it not being told? When thousands of protesters marched in Sydney a few years ago to demand the reinstatement of South Sydney Rugby League Club to the NRL, readers looked in vain for detailed coverage of the issue in newspapers owned by NRL shareholders, News Limited.

Only the presence of competition, in the form of The Sydney Morning Herald, alerted Sydneysiders not only to the issue but to the extraordinarily modest coverage of the issue in the largest–selling newspaper in the city, the News Limited–owned Daily Telegraph.

Sydney retains some competing voices in its print media. But what would happen if the same events unfolded in a Queensland city? Who would expose bias, make sure the whole story was being told? Can democracy flourish amid such little competition within the media? Or is there a risk the media will demand accountability of others but, itself, stay above scrutiny?

In contemporary Queensland, who now guards the guardians? With apologies to the Press Council and Media Watch, I fear the answer is no one.

What is to be done? I sketched earlier how Parliament has invented new forms of accountability to keep it honest – freedom–of–information laws and the many other forms of external review. These make modern an institution designed for a different era.

Our current approach to the media is likewise a hangover from other times, no longer appropriate for contemporary circumstances. Because we all embrace the value of a free press, we act as though we still live in 19thcentury America and not 21st–century Australia.

I do not for one moment suggest the time has come for government control over the media. That would be wrong. It would undermine democracy. But I do believe it is time for the media to embrace an accountability regime similar to that imposed on government, on parliament, on other public institutions.

That is, I believe members of the public should be able to ask of newspapers and electronic media the same answers they can demand of their representatives: Why was this decision taken? Who was involved? What did it cost? What alternatives were considered?

I appreciate the need for journalists to protect their sources. However, I believe it is time to consider a form of freedom of information to apply to the Queensland media. Some journalists are public figures and all journalists enjoy extraordinary access to information and public esteem. They are able to publish their opinions without fear of contradiction and, all too often, without supporting evidence.

And so today I'm calling for a public debate about truth–in–media laws – how can we make the media more accountable? How, given the realities of limited competition, can we use legislative means to ensure effective public scrutiny of the media? Should the principles of freedom of information be extended to journalists, so that the media can be held to the same tests of honesty as other public institutions?

A vision beyond the blame game

THERE ARE THOSE who argue that the only way to improve the performance of government in Australia is the abolition of the states and the establishment of stronger regional councils. The reality is that no referendum to abolish the states will succeed within the next fifty years: the residents of Queensland, Western Australia, South Australia... Read more