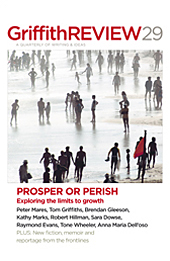 WHEN I GET the urge to be elsewhere, as I sometimes do, it’s often my childhood home, Hong Kong. As I hanker for it, my mind’s eye evokes the sights, sounds and smells of the place with all the veracity of Aldous Huxley’s ‘feelies’ in Brave New World. I spent seven formative years in the former British colony, between 1963 and 1970. The family connection with the Far East dates to the 1920s, so it’s in my blood, and whenever I return it still feels like home.

At other times I long for the verdant landscape of Scotland. My mother’s family background is Scottish on both sides: her maiden name is Janet McLaren Scott and I use the surname as my middle name. I fancy I might be related to the author Sir Walter Scott, but haven’t investigated this. I don’t want to be disappointed.

A Scottish ancestor I know about is John Scott, my great-great-grandfather, who migrated to Australia, arriving in shabby, unsanitary Brisbane in 1852 with his wife, Eliza, on the Cuthbert. They settled in Ipswich, a place which, I confess, engenders no sense of longing in me at all. Sitting on the veranda of their old Queenslander on a summer’s evening, watching the wraith-like figures of flying foxes filling the skies, did they pine for their homeland, half a world away?

I have only been to Scotland on holidays twice but still I feel attached to it. Is my longing for it genetic? Am I channelling the collective unconscious of my Anglo-Celtic tribe? Perhaps I interpret a vague feeling of being a stranger in a strange land too literally. Is it that spiritual hankering which mystics have described, and all humans share, for a true home beyond the temporal plane? Or is it simply a desire to evade reality?

I’m reminded of Philip Larkin’s ‘Poetry of Departures’, which shows this yearning to be mere escapism: ‘Sometimes you hear, fifth-hand, / As epitaph: / He chucked up everything / And just cleared off, / Certain you approve / This audacious, purifying, / Elemental move.’ Larkin describes the urge to ‘swagger the nut-strewn roads’ as ‘artificial / Such a deliberate step backwards’.

THE PERIPATETIC BROWN side of the family did much swaggering to escape, perhaps, the leaden life of South London in the early twentieth century. My father was born there in 1928, though he never accentuated his Englishness. When I was growing up, Edward – or Ted, as everyone knew him - Brown seemed a true-blue Aussie. Living in Hong Kong in the 1960s, we were dedicated members of the Australian Association and Dad, who served with the Australian infantry during World War II, never missed a Dawn Service on Anzac Day.

All he said about his English roots was that he was born near the Catford dog track, as if it was something to boast about. In the 1930s his father uprooted the large family –first part, then all of it –and began decades of wandering between England, the Far East and, eventually, Australia.

My paternal grandfather was born in Wandsworth, South London, in 1900, the son of Fred Brown, an engine driver. Family legend suggests Fred was a rogue who changed the family name to Brown.

My father had dark, curly hair and a swarthy complexion, and I often wondered whether we might have exotic blood. Could we be descended from gypsies, Jews who fled a pogrom or French Huguenots escaping religious persecution? The bubble was burst –or at least deflated a fair bit –a few years ago, when my father’s cousin Bunty explained, by phone from Staffordshire, that she believed our family name might have previously been Bennett. Oh, well.

The commonly named Browns must have had aspirations, because they named my grandfather Lord Roberts Brown after Lord Roberts (1832-1914), an earl, a distinguished field marshal and a heroic soldier of Boer War fame. (There’s a pub in Darlinghurst, Sydney, named after him, too.)

This moniker –a Lord who wasn’t a lord –was handy but also caused confusion on his travels to Africa, then India, the Malay Peninsula, Siam and beyond, where Grandad Bob, as we knew him, worked for assorted colonial concerns. Unfortunately I hardly knew Grandad Bob, though I recall his South London accent, how he smoked Rothmans and, rather memorably, that after a few drinks he’d drop his trousers while singing the American folk song ‘Hallelujah, I’m a Bum’.

My paternal grandmother, Christina May Cockrem, was preparing to become a nun when they met. She converted my grandfather to Catholicism, they started a family and he began his adventures abroad in search of...what? Fortune? Adventure? Escape?

Each visit home seems to have resulted in a new pregnancy, and eventually there were eight children. Details of Grandad Bob’s early travels are sketchy. There’s a shipping record of a journey to Penang in 1929, on theAlsea, and in 1932 he took the proverbial slow boat all the way to Shanghai, the Paris of the Orient. He started his own firm there, the China Construction Company, and brought my grandmother and one of his younger sons, my late Uncle Cyril, out to China. Two aunts, Kathleen and Margaret, were born in Shanghai, though Margaret didn’t survive infancy and is buried somewhere under that megalopolis. Cyril had a lifelong ambition to return, to search for her grave, but never managed to do so.

The other children, including my father, were left behind in South London. My grandfather bought a large house for a sister, her children and the progeny he’d left behind. However, he soon received word that his kids were living on bread and dripping while the sister spent all the money he’d sent home. So, in 1935, Grandad Bob brought the rest of the children to Shanghai. Then the Japanese invasion forced them south, to Canton, Portuguese Macau, where Grandad Bob built a reservoir, and eventually to the British Colony of Hong Kong.

LORD ROBERTS BROWN was a fine name for a prospective Taipan, but the Imperial Japanese Army swept ever southwards. The Browns were on the move again, sailing to Sydney on the SS Nanking. Their arrival in June 1940 was recorded by the Sydney Morning Herald’s gossip columnist, Goose Feather: ‘Romance blossomed for the eldest daughter, Miss C. M. Brown, on the trip down. She became engaged to Mr A. L. Dalziel of the Shanghai Municipal Police Force, who came to Australia to enlist.’ (Must have been the sea air.)

The Browns’ Australian story had begun. My grandfather bought a big house in Bannerman Street, in the North Shore suburb of Cremorne, for my grandmother and five of their seven children. The older brothers, Robert and Harold, had gone back to England to join the war effort.

Somewhat riskily, Grandad Bob returned to Hong Kong the following year on business. While he was there the Japanese invaded, on 8 December 1941, and he fought with local militia until the colony surrendered, on Christmas Day.

In the final hours of conflict a Catholic priest advised him to discard his military clothing or face imprisonment at the notorious Shamshuipo prison camp, near Kowloon: Hong Kong’s version of Changi. So Grandad Bob was interned in the civilian camp at Stanley, on Hong Kong Island, which probably saved his life. The family was stranded in Sydney, and to help support them Dad worked in a fridge factory. When he was seventeen he joined the 2/14th Australian Infantry Battalion and went on to fight at Balikpapan, Borneo, in 1945, one of the last major actions of the Pacific War. I believe this experience blooded him as an Aussie but he died suddenly, when I was twenty-three, and I never got to confirm that.

His older brother, Harold, was on HMS Maidstone, the first Allied ship into Hong Kong when the Japanese surrendered. Harold went to the POW camp at Stanley and carried Grandad Bob out, an incident reported in Hong Kong’s daily press. My grandfather’s body was so ravaged that when my grandmother went to the docks at Woolloomooloo to meet him, she walked straight past the emaciated figure with arms outstretched. The family went back home to England but realised they no longer felt English.

They migrated to Hong Kong yet again, living in a mansion in Kowloon Tong and partying on their converted minesweeper, the Pink Elephant. When the People’s Republic of China was formally declared, on 1 October 1949, my grandfather got the jitters and moved the family firm to Australia, renaming it Browns Constructions.

They worked all over the country, my father moving us around, building bridges as he went. Consequently, my early childhood is a blur, the Browns’ legendary restlessness of more than half a century showing no signs of abating. When I was six Dad was drawn back to Hong Kong, and we had stability at last –until we moved back to Australia to live on the Gold Coast, a place synonymous with transience, when I was thirteen.

The legacy of this wanderlust has been a lifelong feeling of being unsettled, though I have now, finally, achieved a modicum of geographic stability: I live in Brisbane’s inner north with my wife, Sandra, and our son, Hamish, and revel in my suburban idyll. But when I am asked, ‘Where are you from?’ I usually reply, ‘I’m not really sure.’ And I mean it.

Stranger in a strange land

YOU DON’T LOOK Chinese,” said one of a small group of boys who had encircled me.

“But ya come from Hong Kong?”

“What language do they speak there?” asked one of the others.

“Well can you say something in Camponese,” said the one who appeared to be the ringleader. “Go... Read more