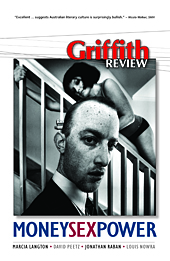 Something for the weekend

WHEN FORMULA ONE ‘supremo' Max Mosley successfully sued Britain's News of the World (NoW) for its invasion of his ‘privacy' in 2008 (he was secretly filmed in the company of five hired handmaidens administering stern discipline in fetish underwear), it confirmed my suspicion that privacy is now an expensive commodity: to possess it, you have to be able to afford it. No surprises there, really, because the NoW made its reputation and its profits exposing the sexual transgressions of the obscure and ordinary. The Mosley case was a calculated risk that failed, but it got me thinking about the paper.

In the early 1950s, it sold eight million copies every Sunday in a well-established British press tradition as a ‘scandal sheet', a purveyor of ‘smut'. It was all about a particular kind of ‘content' presented by a time-worn simple formula – reporting the sins of British flesh. I can't recall anything else that was ‘news' in its world. People bought it for what the other papers ignored. The bulk of the paper was several pages of closely set columns, all about cases of sexual transgression and deviation which had come before the courts. Anybody on a charge of rape, child molestation, exhibitionism, indecent exposure, prostitution or incest, guilty or innocent, qualified for a thousand words or more in what Private Eye called the ‘News of the Screws'. Each week, stringers and regional reporters scoured their local police and magistrate court lists for cases of a sexual nature and wrote them up in a standard house style devoid of any descriptive flourish.

Very little of the writing was graphic, let alone pornographic. Readers had to use their imaginations. Real porn – even descriptions of sexual acts, whether normal or perverted – was not readily available in Britain. The only examples I can think of would have been in the two Kinsey reports on sexual behaviour, which were very technical. For naked pictures, I remember only a naturist magazine called Health and Efficiency, a ‘special-interest' mag promoting the virtues of nudism; there was nothing glamorous or vulgar in it, and women's vaginal hair was carefully obscured by gauze triangles. You might find Olympia Press versions of novels by Henry Miller and others smuggled from the Continent or sex and crime pulp paperbacks by Hank Janson sold under the counter in London's Soho, but the NoW never mentioned anyone's sex organs. Now every British tabloid follows the same agenda and the Guardian lets its writers drop ‘fuck' and ‘cunt' whenever they feel like it; even by the permissive 1960s ‘intercourse' was as far as the NoW went.

The NoW was a family paper, and the action in its tales of ordinary temptation, perversion and obsession was usually written in the passive form, so ‘intimacy' or ‘the alleged incident' either ‘took place' or ‘occurred'. There was some ‘investigative' reporting, in the paper but those being the days when prostitution and homosexuality were illegal, and divorces hard to get without proving your spouse was an adulterer, such probes were most often shameless entrapment of a suspected offender, usually a prostitute. When the reporter had enough ‘evidence' of guilt (when she offered him one of her services for cash), he would withdraw before matters progressed. Nevertheless, there was a widespread belief amongst readers that these fellows took advantage of their power, and claimed rewards in kind, then turned in the woman as well. To avoid this charge, smart reporters finished with the disclaimer: ‘I made my excuses and left', a phrase devised by the same scribe who first coined ‘scantily clad' to denote a brazen hussy.

THE NoW ALWAYS insisted the reports should be acknowledged, and applauded, as a social duty. There were protocols, gentlemen's agreements and the like to protect the innocent or the privileged, but the idea that the law could be used to protect the privacy of the mostly ‘ordinary' subjects was not at issue. There was no concept of ‘invasion of privacy'. If you were caught, you were fair game. If you did anything filthy, part of the punishment was reading about your shame in the NoW.

The paper lived the illusion that it worked in the public interest. As time went by and wherever it was possible (or the subject sufficiently vulnerable), it tried to make sure its stories focused on the failure of celebrity, usually the drink– or drug-fuelled antics of starlets or has-beens. There were occasional revelations of the ‘we name the guilty men' type, but nobody really powerful was uncovered. The subject, say, of structural corruption in the country's police forces was well off limits, as was the Royal Family – whose privacy was a national treasure. It took my first trip to France in 1960 to discover, thanks to the headlines of France Dimanche, who was shagging Princess Margaret. The recent Mosley debacle is unlikely to discourage the NoW's quest to out the excesses of the not-quite-so-rich and famous, an obsession that distracts every British newspaper. Even the Daily Telegraph publishes celebrity sleaze, with little more decorum than the shameless ‘red tops'. Sleaze sheets are no longer the only ‘tabloids' in style or format.

My parents did not subscribe to the NoW, but its reputation as a ‘dirty' paper did not deter the rest of the family. My grandmother had it delivered, although I never saw her reading the grubby bits. At the time there were seven Sunday newspapers which sold twenty million copies each week in a country of fifty million people.

Newsagents didn't open on Sundays in Mold, North Wales, but paper sellers would use a shopfront porch, street corner or workshop, and spread the papers out on trestle tables. Sunday papers had no supplements, no special sections, so it was possible to buy the entire set and carry them all home under your arm. If the worshippers emerging from Capel Mawr nipped into the New Street paper shed to pick up the NoW, they would most likely fold it into a copy of the Express. As the barber who sold contraceptives on a Friday afternoon said, NoW was, like a condom, ‘something for the weekend'.

Reading the paper was an act of true prurience, in the sense of deriving self-righteous pleasure from other people's depravity. There wasn't quite enough detail for it to be sexually arousing. I was told by a friend that the novelist Fay Weldon, who worked in advertising in the early 1960s, came up with the slogan it used for years: ‘All Human Life is There'. But, of course, it wasn't and isn't. The NoW never revealed much about ‘the world' beyond the local court, and carried nothing of significance that wasn't ‘scandalous'. Nowadays, it likes to think it does, but it's delusional or disingenuous indulgence.

THESE DAYS THE NoW's sex obession is hardly unique and its revelations are often paid-for confessionals dressed up as ‘Fab Features', as in ‘I shared my bed with sex-cam rapist' or ‘Mum sold me for £250' – which you can ‘discuss' on an online chat forum. Circulation is now under 3.5 million, and about to be overtaken by the leading red top, The Sun. Both are owned by Rupert Murdoch's News Corp, which gained control by cunningly outwitting (the still-respectable) Robert Maxwell in the 1960s. It was quite a few years before Murdoch added real respectability to his British portfolio by taking over The Times in 1981. It is no longer a ‘newspaper of record' either.

To be fair – which is difficult – Murdoch didn't start the tradition. We may never know how deep his thinking was about being the purveyor of smut to the masses. Did he believe that sexual predation by the lower classes was a need-to-know issue for ‘the world', that ugly stories of assault and deviation were object lessons, timely reminders as well as something to enjoy in the privacy of your own home on a Sunday afternoon?

These days, the NoW tries to revive its drifting sales by dressing up its exposés in the language of public service and responsible journalism. In 2000, it decided to elevate its activities to the role of public protector against paedophiles, but its activities have never strayed far from the cynical conviction that ordinary folk need to be reminded of their atavistic appetite for depravity, which not only needs to be monitored, if not controlled, but also fed. Now there's cynicism. I guess Murdoch's original interest was in the social control function: to remind people that they too could fall and find their story reduced to a little bit of public dirt in the NoW.

In early 2006 the NoW strayed well off course. It revealed shocking news about the brutal behaviour of British soldiers towards their prisoners in Iraq. Even the Observer felt moved to praise the exposé with a ‘hats off' for ‘setting the news agenda' editorial. The old agenda, however, was never far away. Later that year, a NoW journalist was jailed and an editor obliged to resign (editors are never sacked) for organising a phone tap of Prince William's personal staff. Twelve months on, the same sacked editor, Andy Coulson, was hired as communications director by the Tory Party leader David Cameron. He told the Independent, ‘The News of the World doesn't pretend to do anything other than reveal big stories and titillate and entertain the public, while exposing crime and hypocrisy. I'm not saying it's a grandiose ideal, but it's something we're proud of'.

Fatally in the case of Max Mosley – there's still more to come in the courts from him. If revealing the dirty secrets of the great and famous has become part of the mission, Murdoch will need deep pockets if the paper dares to lift its sights too high.

Amen and God save us all.

AT THE DELICATESSEN counter of my local Woolworths supermarket – which promotes itself as ‘the fresh food people’ – in the inner-Sydney suburb of Balmain, I saw some fillets of firm white-fleshed fish for sale. They were, said the caption on the tray, ‘Nile perch’ imported ‘frozen’ from Uganda. I found this hard to believe,... Read more