Navigating life in between
by Cameron Muir

NARDI, I WANT to walk with you up to my local nature reserve, where I’ll meet your sister Jilda, with questions your piece has me thinking about: writing and place, exchanges material and beyond, offers and value.

Before I get there, though, I pass a TV face-down in the gutter. Last week it was upright on the verge next to someone’s letterbox. I start thinking about how it’s a collection of materials: the silicon, lead and copper that were mined in a place we don’t know much about, its plastic extracted from petroleum and processed in a factory where the local river gets polluted. All these materials from the world’s shadow places were brought here, to someone’s house in suburban Canberra, and now they’ll go to landfill.

Lots of stuff comes into the suburbs and goes out again. Exchange without ceremony. I’m wondering if that is at the heart of all the hurt.

The reserve is named for the large hill at its centre, Mount Rogers, the summit of which has views over Belconnen to the blue silhouettes of the Brindabella Range. I don’t know its Ngunnawal name. It was once a part of the pathways to significant cultural sites in Canberra. Settlers felled trees here that were hundreds of years old, they ran sheep on it, invasive pasture grasses thrived, and native-plant enthusiasts in the 1970s planted shrubs and trees that weren’t local to the area. It’s all muddled up and I can’t read the landscape; I don’t know the names for anything here.

It’s late afternoon when I meet Jilda – your sister, Nardi, a great thinker, researcher and creator, and my friend. She leads me along tracks to an outcrop of volcanic rocks above the western slope overlooking the Murrumbidgee corridor to where her kids build a roof for a hideout with sticks between two large boulders.

Even after the destruction wrought here this place remains willing to offer a kind of restorative tranquillity. Our conversation turns to your invitation, Nardi. I’m thinking about how the speak/listen trade creates a space in between cultures that we can enter together. In her museum work, Jilda is developing the concept of a better middle ground for cross-cultural contact, where the parties don’t clash but instead challenge, engage and create. Maybe something similar is possible outside that professional setting with the speak/listen trade.

First Nations peoples must negotiate the in between every day – but white people don’t have to.

‘It can be like a playground for them,’ says Jilda. ‘They can come and go.’

During my undergrad degree, our class’s cultural studies tutor, Katrina Schlunke, explained whiteness by showing a cartoon of so many gleaming skyscrapers all reflecting each other so that the city became invisible. I can leave the in between and lose myself in a comfortable space where everything from street signs to institutions and laws and knowledge reflects my identity and culture.

Recently, I came across a small dictionary of words just for the northern Scottish borough in which my grandfather lived. The area was inhabited by Picts, my grandfather’s town bears a Norse name and the dictionary is mostly borrowed words from Gaelic. It was all mixed up once, yet we’ve forgotten the art of living in between.

Nardi, you’ve made me realise the in between is figurative, where we can reach each other across space and time with words and love, but that it can also be physical. When I lived in Dubbo the riverbank was a place where the school you attended or what your house was like or whether your family could afford to run a car hardly mattered. For blackfellas and whitefellas it was a place free from authorities (police, teachers, parents) and free from judgement. You could meet others for the first time and share the joy of spending the day floating into town or swinging off ropes and somersaulting into the river. None of us had any formal ecological knowledge, no one had developed a greenie sensibility, but even with the river’s eroded banks and fenced boundaries, we knew it was safe and special, a place that looked after you.

My best friend lived in Gordon Estate, a social housing neighbourhood on the edge of Dubbo. It was cut off from town by the river and flanked by the western rail line, literally the wrong side of the tracks. One evening we were walking into town to get food at a servo and a few others joined us. When we reached the other side of the bridge, the chatter became muted, all the bravado gone, a whole different energy. It took a while for to me realise what was going on: in town the group would be surveilled. It wasn’t something I’d ever had to think about, being white. Sometimes the in between has hard borders.

WHEN YOU TAKE our hands, Nardi, and transport us to the red country, to mulga country, to the edge of the lake, I want to linger there. The river I grew up on, the Wambool (Macquarie), joins the Barwon at almost the same point your river does. In flood they spill into each other across the plains, forming a vast inland delta.

I want to offer you some in-between words from the place I grew up. They’ve always been evocative of the freshwater country for me. On the shifting grey clays, black cracking clay soils and red sandy rises, gilgais and cowals hold water long after rain. She-oaks and poplar box cluster along these waterholes, surrounded by the semi-arid woodlands of Kurrajong, Wilga, Myall and Budda. The settlers valued the words or at least recognised that these ephemeral channels and soaks were distinctive enough to keep the Aboriginal words. A small thing, amid all the destruction. I wanted to ask you if you have these waterholes too – but I looked up the origins of these words and they’re likely Gamilaraay. They must be just as much a feature of your country.

The way we treat each other and the rest of the living world is entwined. My childhood place is also where people strung Confederate flags across the rear windows of their utes, where the river was too contaminated for us to swim in some summers, where neighbouring townsfolk feared the cotton industry’s chemicals were poisoning them, where droughts sent growers bust and old parents mourned farmer sons they’d lost to the black dog.

It’s where Weilwan, Wangaaypuwan and Wiradjuri fought and died for the freshwater plains. After one reprisal expedition near Canonba, squatters and troopers were so parched after the killing that they slaughtered one of their oxen to drink its blood. The settlers and their sheep wiped out scores of animals forever, many grasses and shrubs never came back, and enormous scalds still haven’t regenerated. Our social relationships are written in the ground.

I’ve read that the cells in our bodies are remade all the time, a constant exchange between our bodies and the environment, but some cells stay with us for longer. Cells in our skeletal muscles can be up to fifteen years old, while heart cells may be decades old. A part of the river, all that history, is still in me. Our bodies carry the bones of the places that grow us.

ON MOUNT ROGERS, Jilda and I follow a track through a grove of eucalyptus and acacias that catch the afternoon light. A scent of honey hits us and we both gasp and turn to each other. ‘I can hear the bees but I can’t see a hive,’ I say. It’s probably the perfume of a yellow box in bloom. You don’t need to know the names of everything to understand how a place makes you feel.

I ask Jilda what I can offer in an exchange that’s of real value, if I can’t give land back, if I can’t fix the material, something more than words that tumble, dissolve and melt away, as you say, Nardi. In my writing I get stuck on the hurt, the history of repeating injustices (of which I’m a part), dwelling on the sadness. It’s probably tiresome for those who know me. Maybe there’s some sort of connection to my self-doubts and inner struggle.

A few years back, when I realised there wasn’t much to gain from doing what big institutions want, Jilda helped me see possibilities for doing things of value. ‘Maybe it’s not always about addressing the wrongs,’ she told me. ‘Maybe it can be about love, about healing.’

I’m more attuned to the small scale now, about building connections that might last beyond a precarious job contract or a grant, things that don’t count in metrics, that you carry with you in your heart like the bones of your place.

Nardi, the speak/listen trade and your beautiful words give all of us a framework for this, a practice, a ritual. Your invitation builds a foundation to sustain us through difficult times, to face the runaway legacy of violent dispossession and exploitation of people and planet, of broken relationships.

The wind carries the sound of the birds shrieking, singing and chirping in a last flurry of activity before dusk. During spring here, warm air collides with cool fronts from the south, creating strong winds. I’ve learnt a Yuwaaraalay word, yarragaa, for spring winds that mark one of the many seasons in that country. Learning some of my friend’s language is a small gesture of respect. I need to keep learning and listening, forcing myself out of the comfortable invisible space and into the in between, know that I’ll make mistakes and that it’s a process that doesn’t finish. Everything is at stake for me, my kids, all of us in the Anthropocene.

I’m still going on about the material to Jilda, even though your speak/listen trade is about giving a piece of ourselves. She looks at me like I’m dim.

‘If you can’t get past the physical, why don’t you send Nardi something?’ she says.

So that’s what I do.

This article is part of 'Through the Window', an online series published as part of Griffith Review's Friday Great Reads newsletter.

Don't miss out! Subscribe to Great Reads by clicking the 'Newsletter' link at the top of this page. 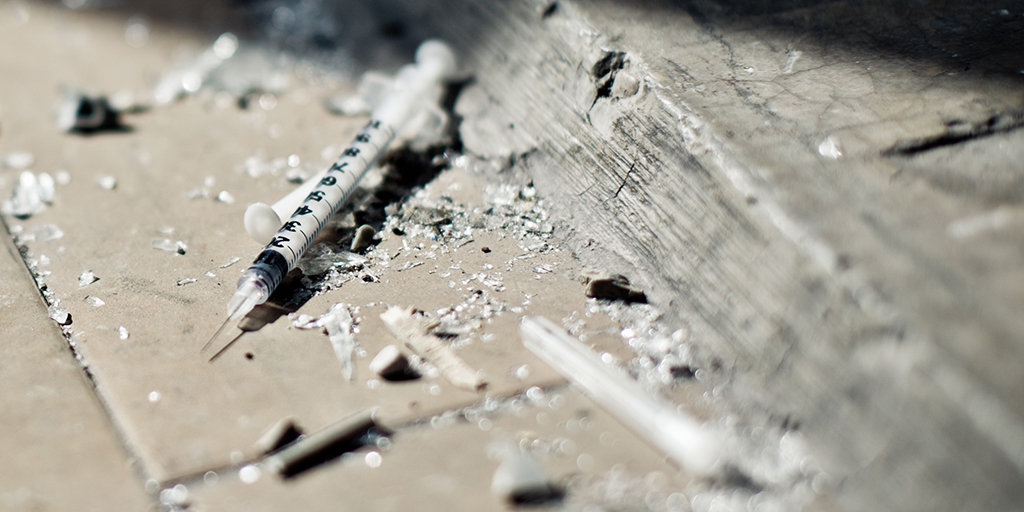 ON 12 NOVEMBER 1986, physician Alex Wodak and his staff fixed a note to the door of their building near to St Vincent’s Hospital in Darlinghurst, Sydney: ‘If you would like a clean needle and syringe, free, press this buzzer.’

Providing needles and syringes to people who use drugs was illegal. The Netherlands had introduced needle... Read more