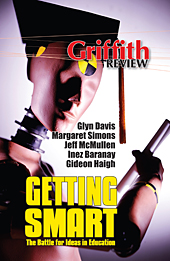 Just the way it is

"BUT THAT'S JUST how it's always been done," the grey-haired, tweed-trimmed headmaster said, somewhat mystified, somewhat incredulous and very annoyed.

So this is what it's been reduced to, I thought despairingly as I sat opposite him and his wife at their wooden kitchen table. I looked over their shoulders at the pale peach walls and framed dried-flower collection and then focused my gaze back on the plate of chocolate digestives placed in front of me in a feigned attempt at civility. I felt as though I had walked into a picture from Country Life and realised that my plea for change in the school's attitude towards girl "gappers" had come down to an argument over one minor example of the inequality that enveloped the school.

"Why," I had dared to ask, "is it that the boys with the same job as us are called by their surnames by the students, while we are addressed by our first names?"

"What is wrong with 'Miss Belle'?" he asked of the name I had been affectionately dubbed by the 40 thirteen-year-old boys placed in my care at the school. "Don't you like your name?"

They just didn't get it. It wasn't that I disliked being called "Miss Belle"; it was that calling us by our first names indicated that we were second-class members of staff – helpers, maids, servants – just girls.

I DECIDED YEARS before completing high school that, before starting university, I would take a gap year and explore a bit of the world beyond my Sydney hub.

The plan was to move to Oxford and work at a school that was in some ways comparable with the one I had attended. I was to help out around the boarding school with extracurricular activities and lessons. Things did not go to plan. Instead, I found myself in a weird – and to me – unimaginable time warp. I felt as though I had stepped back into the pages of Jane Eyre.

My day started before dawn in the freezing box-sized laundry room, where I would pull the boys' pants and socks from the drier, pair them and distribute them to each boy's shelf. By the end of my stay I knew by heart who wore the white Calvin Klein boxers and who wore the blue and red ones that had lost their elastic. I would then wake the boys at 7am and prepare them for school. I would quickly shovel in my breakfast at 7.50 in order to be ready at 8am for changing-room duties – where I would rehang every item in the boys' lockers so that they would be neat and tidy when the boys returned later in the day. I sometimes wondered if they knew who tidied their lockers, or whether they even noticed. The rest of the day was divided between mending socks, pants, trousers and guernseys, helping out around the school, trying to coerce unwilling children into reading practice and sorting their mail. My day would finish around 9.30pm, once I had persuaded the 40 thirteen-year-olds in my dorm house to stop watching TV and munching on biscuits and go to bed.

If I had travelled to somewhere completely foreign, I would have expected a totally different world. Instead I entered a school community, unaware of the shock of difference I was about to encounter.

IN A TYPICAL February morning, I would skitter over to the main school from the dormitory where I lived, leaving footprints through the previous night's snow. Walking through the school's cold, tiled corridors I would eventually come to the dark wooden "Old Hall". The large high-ceilinged room was appropriately named, having been built more than 200 years ago. It made Hogwarts look warm and inviting.

Shivering as I took off my scarf, gloves and coat, I would nod good morning to the three overweight black women huddled along the wall on the far side of the hall and dressed in regulation red jumpers, plain white sneakers and navy track pants patterned with little pictures of kitchen implements. The women smiled sheepishly at me as they unpacked onto a long table covered with a red tablecloth the trays of goodies they had brought from the kitchen. Piles of glorious tea treats were served on large silver trays: mini fruit and custard tarts, tiny glazed chocolate, caramel and coffee éclairs, rich dark chocolate cakes, swirling marble cakes, cupcakes thickly spread with pink or white icing, little sandwiches sliced into bite-sized portions with the crusts neatly cut off.

It was a Rugby Day and for me this meant a Match Tea Day. As the games ended, the parents left the soggy fields and piled into Old Hall to warm up over tea, coffee and plenty of cakes and sandwiches. "The school has a highly regarded reputation as serving the best Match Tea in the country," the head matron told the girl gappers in our first jet-lagged week on the job.

Despite freezing in my regulation knee-length skirt and neat blouse, I found Match Tea entertaining. It was an opportunity to observe the parents up close as I served them from the other side of the heavily laden table.

The typical mother was dressed head to toe in fur, preferably mink (literally: hat, vest, scarf, gloves, and floor-length coat). She generally sported a bright red Kelly bag on one arm and a tall, pale, thin man on the other. Just in case anybody forgot that she was from a castle in the country, she wore gumboots under the fur – didn't want to get good shoes muddy. She would continue a conversation with an arm stuck out towards me – in her hand, an empty cup. At this point, apparently, I had to telepathically determine whether she wanted tea or coffee, with or without milk, or if the signal was in fact to take the cup away. There were instances, however, when a parent could not muster the strength to walk the two or three metres to the serving table where a hundred others were lined up. Instead, they sent the youngest students to ask me to bring "a cup of tea, milk first please" or "another of the sandwiches".

Eventually, the pots of tea and coffee were drained, all the treats disappeared and I quickly re-layered, leaving the cleaning up to the black women in the patterned track pants.

BARON AND BARONESS Hubert Waddington ... Col. and Mrs. Constantine Gillow ... The Hon. Casper Gross. I sat cross-legged one evening on the floor of the large room where I usually spent hours packing the boys' clothes, sorting through the report cards to be sent home to their parents. Growing used to reading the titles of the parents I came across an intriguing address:

I called over a couple of the boys who were mucking around with a tennis ball nearby. "Does Fudgie really live in a castle?" I asked.

"Yeah," one boy responded, eager to tell this naive Australian the story. "It's actually his. His parents divorced so the inheritance sort of skipped a generation and now it's his."

Unwilling to believe that a thirteen year-old boy in my care owned a castle, I asked one of the staff about it. I expected to be told that, as an ignorant Australian, I had been taken in by a pair of adolescent pranksters. But the story was confirmed and extended. The family had once owned not only Cothset Castle but Cothset itself.

Castles were not the only things the children inherited. One evening, I was attempting to encourage one of the more restless and less academically focused boys to study for his "scholarship" exam. All boys took this exam in their final year so that Eton and Harrow could handpick the students they wanted from the school. Not that the scholarship mattered; it was simply a mark of prestige. Almost all the boys graduated to these two institutions. As one eight-year-old told me, in a matter-of-fact voice better suited to an old man with a top hat than the doll-faced child he was, he knew where he was going already: Eton, then Oxford University, where he would live at either Christ Church or St John's colleges just like his big brother and dad.

The restless boy's greatest ambition in life, however, was to cause enough trouble to get him out of the school for good – he tried smoking in front of teachers, bullying younger students, cutting himself and running away, but nothing had worked for him yet.

"Come on," I urged him. "If you do your work then you can pass your exams and get out of this school."

"It doesn't matter how I do in the exam anyway," he retorted. "I'm going into The Blues and Royals."

I stared at him in disbelief. Those traditions could not possibly still exist.

I was wrong. I had entered a tiny surviving microcosm of old England. The wealth and inheritance of the community protected it from the outside world, creating a haven for tradition that suffocated change. When, for instance, I asked for The Guardian I was told: "We only take The Times, that's what we have always done." Children were taught from the pulpit by their science teacher that Darwinism "doesn't make sense mathematically". Nothing evolved. From inside Old Hall, it was easier to believe the world was created just like this.

I left after one term and found a less foreign England on the jostling multi-ethnic streets of Shepherds
Bush.

Names and addresses have been changed. The Blues and Royals is a regiment of the British Army formed in 1969, an amalgamation of The Royal Dragoons and The Royal Horse Guards, a regiment first raised by Cromwell in 1660.

Finalist in the United Nations Association of Australia Media Peace Awards 2015 in the Promotion of Indigenous Recognition Award category. Judges’ comments: ‘Finger Money’ is a credit to its three authors. By combining each author’s expertise in exploring and investigating the scandalous and ongoing ‘stolen wages’ affair, the authors illustrate the power of combining Aboriginal and non-Aboriginal experiences... Read more