A WRITER HAS come to town. A reputation for greatness precedes him. His prize-winning books are plainly spoken, yet demanding. In person, he is a man of few words. He looks fit, with a sweet smile, and perhaps a little shy. He gets a bicycle and rides, under a blue sky, on the path by the river in the linear park. He doesn’t need to know that the lake he passes is artificial, formed by a weir across a flow of water that becomes a mere trickle on the other side, where tortoises sun themselves on the rocks.

The great writer is fleetingly visible here and there, in the library, on the campus, and presumably at the airport as he flies in and out. He appears at writers’ gatherings around the world, and in print in many places, and as a subject for countless theses and papers.

He is a strong writer. In his home country, he has dispatched precursors and rivals, and spawned only a few imitators. In the larger pantheon he has also effected a reordering, edging such names as Eliot and Lawrence slightly sideways in their journey to posterity. Naipaul is unsettled. Lu Xun comes into view. This writer is a major figure, a master.

What are the locals to make of his arrival in their midst? Their city, their country, thinks of itself as hospitable, friendly, but that is skin deep. The preference is to turn away, to pull down the blinds, to close in on cherished ways that are peculiar and impossible to share. Not slamming the door in a newcomer’s face exactly, but a readiness to turn one’s back before any approach can go too far.

The writer might not know what he is stepping into, even as he makes his surprising choice to stay in this sunny, liveable clime. The thing is, on the face of it, he is able to write his books here.

In this small city there have been more aspiring authors than in many places in the world, but they have never had a world-famous writer before. Prize-winning physicists, yes; a man who discovered penicillin; a pioneering feminist; the Aboriginal inventor on the $50 note; an aviator; a spaceman – but not this. And his presence only attracts more aspiring writers to Adelaide to study in his orbit.

Another visiting writer, an Australian expatriate, comes to speak to these students on one memorable occasion. He advises them to get out of the place if they are serious about what they are doing. They cannot stay here and be writers, he tells them. He has never been forgiven. The greater writer from far away who manages to write books in this apparently uninspiring environment shows that it can be done.

But how are the local writers to follow his example?

The great writer looks around him, curious, full of inquiry. He rides his bike high into the hills and surveys the scene. He enters the life of this community in all the ways that can happen. Of course he dreads their questions: What sort of books do you write? Would that be fiction or non-fiction? Have I read anything you’ve written? Sorry, I didn’t recognise your name. What are you working on now?

Worse, though, is that other local question: What do you think of us? To which there is only one reply.

The students find inspiration in the great writer’s presence and emulate his style. Other writers around town fall under his spell. We all learn new tricks. He encourages us to try things out, to experiment. Fiction becomes metafiction. Lines between self-writing and other-writing blur. First person is transposed into third, and vice versa. Creativity meshes with criticality with new force for new times.

ZOE, ONE OF the most ardent of the students, works in the border zone between philosophy and fiction, and says he has given her permission to write herself into being. She stands before him, her eyes blazing, her raven hair swept back, her straight nose tilted upwards as if to proclaim the freedom she has achieved. Her parents, she says, came to this country as small children with their parents, two families from Crete whose children married. Her grandparents never really spoke English, not at home, but they carried philosophy in their bones and from that strong tradition Zoe has emerged, born now in new language under his guidance – a most powerful gift.

And if his cadences are sometimes heard in her writing, as they are in the writing of so many others, if his ideas and his understanding of ‘the life of literature’ – a phrase from one of his old teachers – shapes the work of a rising generation, then that truly is a gift, given and received.

He smiles. She’s not the only one. He has, unwittingly, started a school. The students can trace his lineages too. Through his fingers the curving balls of Kafka and Beckett are bowled onto these southern cricket pitches, the batsmen cringing, the crowd shouting.

The more the country exposes itself to him, the more he sees how it takes without giving: an extractive place where iron ore is dug from stolen land and sold to China to become infrastructure that fuels the growth curve of a one-party state. In praise of folly, he thinks. In the city the people from the desert, Aboriginal people, are moved on whenever they sit down under the shade of a tree by that artificial lake. He sees that now.

These things come in cycles. The golden age is followed by the silver. After Shakespeare came the silver poets of the seventeenth century. His old professor taught him that. And after silver, was it bronze? Until the age of iron comes round again.

He has written about this before, in his birth country, and he understands from the testimony of readers that those books of South Africa apply equally here. As literature, they are true everywhere. There’s no escape. Under different skies the same things are revealed, the same terrible dialectic. Humanity and inhumanity. Vision, folly, suffering.

And from here, who knows where? One day perhaps the great writer will have moved on, to another place starting with A. Argentina. Amsterdam. Atlantis. When he is no longer around, the locals will finger the name on his books with wonder.

An age of iron here too? That’s the message of this migratory bird. It changes something for us. It changes everything. 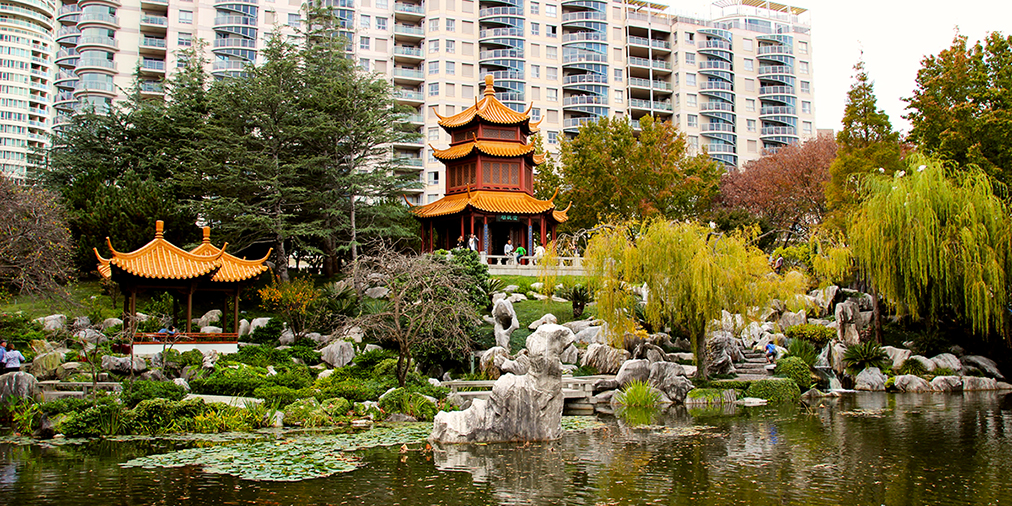 A VISITOR TO China will often hear about the four great inventions that China has given the world: paper, gunpowder, printing and the compass. Then sometimes there is a question: what else has China contributed to humankind? And then another question being asked with increasing concern as China grows in wealth and power: what will... Read more