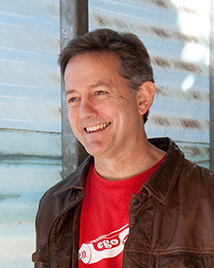 Nick Earls is the author of twenty-seven books for adults, teenagers and children. His novels have won awards in Australia the UK and US, and appeared on bestseller lists in those countries. Five of his books have been adapted into stage plays and two, 48 Shades of Brown (Penguin, 1999) and Perfect Skin (Viking, 2000), into feature films. His most recent fiction is the novella series Wisdom Tree (Inkerman & Blunt, 2016), which won multiple awards, including a NSW Premier’s Literary Award and a gold medal at the Independent Publisher Book Awards (USA). The Sydney Morning Herald described the series as ‘a triumphant and extraordinary piece of fiction’. His University of Queensland creative writing PhD explored contemporary novella craft and publishing. In 2012, the Age included him among its top ten Greatest Living Australians (along with Warwick Capper and Shane Warne).

Songs of childhood
Edition 7: The Lure of Fundamentalism