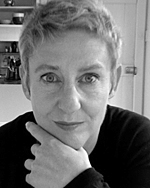 Mischa Merz is a journalist and the author of two boxing memoirs Bruising (2000), published by Picador and re-issued by Vulgar Press, and The Sweetest Thing – A Boxer's Memoir (2011), published by Seven Stories Press in the US and Hunter Publishing in Australia.

Her short fiction, essays and journalism have been published in Meanjin, Overland and Island as well as The Age, the Sydney Morning Herald and Inside Sport.

She is recognised internationally as a pioneer of women's boxing and is the 2009 Ringside world masters champion, USA National Women's Golden Gloves champion and a former Australian champion. She now also owns her own boxing gym in Melbourne.