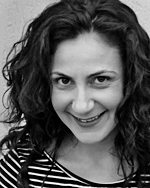 Michelle was executive producer at Urban Theatre Projects where she produced Buried City, Ama and Chan, and The Fence, and was commissioning producer for Michael Essien I Want to Play As You.

Michelle also spent four years as a Creative Producer with Big hART Inc, where she produced the award-winning Junk Theory.