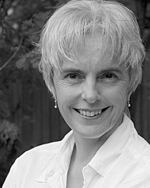 Margo Lanagan is the author of two novels based on traditional tales, Tender Morsels (Knopf, 2008) and Sea Hearts (Allen & Unwin, 2012), and of five collections of short stories.

Her work has won four World Fantasy Awards, has been longlisted in the Frank O'Connor International Short Story Award and the Commonwealth Writers' prize, and was shortlisted for the inaugural Stella Prize.

Black swan event
Edition 42: Once Upon a Time in Oz