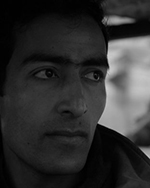 Majid Maqbool is a journalist and editor based in Kashmir. His writing has appeared internationally in Al Jazeera English, Al Jazeera America, NYT India Ink, Warscapes magazine, and several Indian and Pakistani publications. In 2013, Majid received a United Nations Population Fund-supported award for his ‘investigative reporting on the status of women in the conflict region of Jammu and Kashmir’.