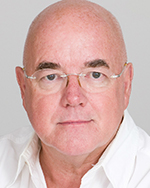 Gerhard Fischer is adjunct professor of German and European studies at the University of New South Wales and fellow of the Australian Academy of the Humanities.

A literary scholar and historian, Fischer has published on World War I (Enemy Aliens, UQP, 1989) and on nineteenth-century migration history, as well as on modern German and European literature and drama.