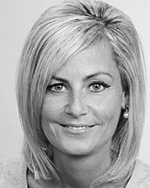 Elise Archer MP was elected to the House of Assembly, Tasmanian Parliament in 2010.

She is currently a (Liberal) Member for Denison and Shadow Minister for Planning, Police & Emergency Management, Community Development and Aboriginal Affairs, and is the Opposition Whip.

Prior to being elected to parliament, she was an alderman on Hobart City Council (2007 – 2010) and she practised as a barrister and solicitor for 17 years in insurance law, workplace relations and anti-discrimination law.