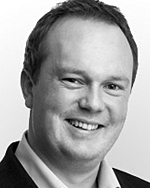 As diplomatic editor of The Age, Daniel Flitton writes on world affairs and Australia's foreign policy.

In a career focused on international relations, he previously worked as an analyst for the Office of National Assessments, Australia's peak intelligence assessment agency, specialising in threats that cross national borders - particularly terrorism and illegal migration. Prior to ONA, he held academic positions at the Australian National University and at Deakin University, where he developed a wide breadth of knowledge on the Asia, the Middle East and the Pacific.

Daniel was a Fulbright scholar in early 2004, studying the Australia-United States alliance at Georgetown University in Washington DC. He has written analysis and articles for a range of publications, including The Age, The Canberra Times, Griffith REVIEW and other academic journals.