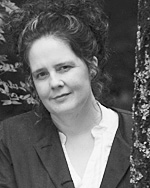 Claire Corbett studied film and writing at the University of Technology, Sydney (UTS), and crewed on films, including Jane Campion's Sweetie and The Piano, before becoming a policy advisor to the Premier in the New South Wales Cabinet Office.

When We Have Wings, a novel about humans engineered to fly, was published by Allen & Unwin in 2011 and is being published in Spain, Portugal, the Netherlands and Russia.

She teaches Popular Fiction at UTS and is a doctoral candidate at the University of Western Sydney.

Snake in the grass
Edition 42: Once Upon a Time in Oz