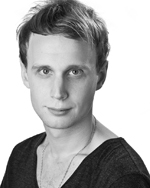 Chris Summers completed high school in 2005 and is an emerging playwright based in Melbourne..

He was the winner of the Whitlam Institute (University of Western Sydney) and Sydney Morning Herald's "What Matters" Opinion Writing Competition 2005 and the Senior National Winner of the Taronga Foundation Poetry Prize 2005.

Chris is currently completing his undergraduate study at the University of Melbourne.

Beyond the numbers
Edition 11: Getting Smart