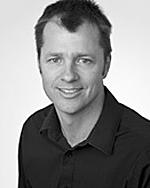 Brendon O'Connor is an Associate Professor at the United States Studies Centre at The University of Sydney. He was previously with the School of Politics and Public Policy at Griffith University in Queensland.

Brendon is the author of A Political History of the American Welfare System, editor of a four volume series entitled Anti-Americanism and co-editor of The Rise of Anti-Americanism. He has also published articles on American welfare policy, presidential politics, US foreign policy, and Australian-American relations.

Bush vs Guardian: 1–0
Edition 14: The Trouble with Paradise

Bush-bashing: the hated and the haters
Edition 5: Addicted to Celebrity