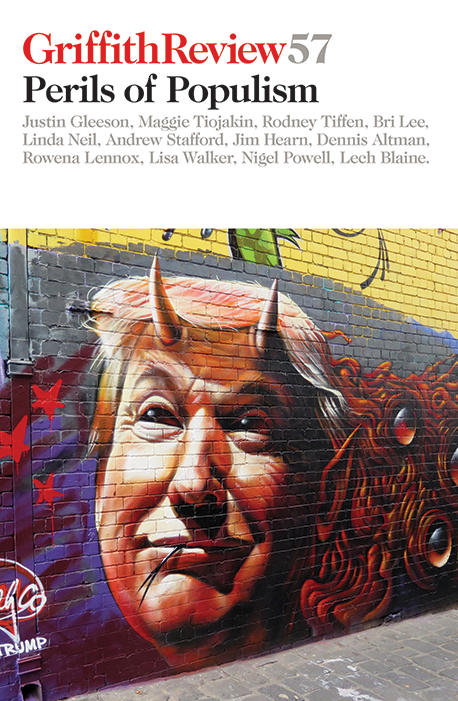 I am building a wall

when they ask me what i’m doing

at the end of this long campaign

when they ask which course i’m pursuing

these words are my refrain

i am building a wall.

i am building a wall with the press of my palms

i am building a wall i am asking for alms

from mexico; brexit, yo

nigel farage you farang i will build you a garage

and it will only have three walls

it will drive you up one of them –

i am building the fourth wall, just you wait for it

i will make bertolt brecht pay for it

nobody can break it they’ll all come to grief

this past month has been the longest suspension of disbelief –

i am building a wall out of loonies and hicks

i will bury dead immigrants under the bricks

i will separate lovers and split families

these are best practices learned from chinese

they will see from the moon the results of my reign

i will make america a great wall again –

i am building a wallflower a wilting seasonal succulent

climbing weed one indiscretion one microaggression at a time

i am building a wallflower may flower

may i ? no need for consent

we can judge by intent

i am building a wal-do a wally where is he

where are the red and white stripes of his hat

where is his equally red and white striped girlfriend

where is he beneath the white stars in the blue night

i cannot find him among the immigrants

i am building a wall mart

with the tall parts and the small farts

i am building a wall mart in north korea

and the chinese are going to pay for it

i am building a wall street journal

my name is elite and eternal in the halls

of the washington mall

i am building a walrus

and i am a carpenter

suddenly all of us

in the wispy dull light

my patronus is white.

i am building a wall

i am willing a bald spot out of existence

there is no resistance

i am billing you for that call

i am welding you to the toilet stall

i am building my way back to a world

before orange is the new black

i am whitewashing your yellowface

i am waltzing with her majesty her grace

i am building a walt disney world

version of wall-e, the secret of walter

mitty my male fantasy, i am bill clintoning

a lewinsky, i am beaming my stupidity

into your feed whether you need it or not

i’m building a walk in the park

i’m building an ark for the two by two families

i am building the warp and the woof

i am building the truth

which is bigger than the voice of america’s youth

something there is that doesn’t love a wall

you lost i’m killing it

in the hole in the wall

which is a dam or a dyke

we don’t give either of those

or you can build a wall full of words

i will count them and recount them

for i have promises to keep

and a conservative veep

i lurve the steep learning curve

and miles to sow before i reap

im going to cut down the wood

and I’m gonna use it to build a wall

and that’s gonna make all the difference.

If a Sovereign is a gold coin worth one pound sterling, then The Crown is something you put on your teeth when the rot has hollowed them out.

If Dominion is a deck-building card game rewarding long-term strategy and forward-planning, then Territories are the worst form of conservative government.

If a Citizen is an urban form of... Read more