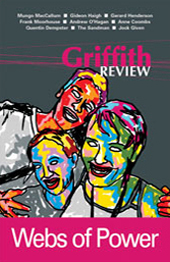 IT IS OFTEN said that there are only 500 people in the country. Of course, this is untrue. There are millions, but once you exclude all the manual labourers, teachers, nurses, scientists and poets, then there are 500 people in the upper bourgeoisie (or "mates") who are important to know if you want to run the place or make it profitable.

For example, whenever I have a spare million to stow away in a private Swiss bank account, I ring this mate of mine. "Yeah, no worries, Charles," he always says. "I'll make sure that million never gets anywhere near the tax office, let alone your estranged wife."

That's friendship. Real friendship. Of course, being a "side deal", none of the details of our transactions can be written down in a formal contract, but I completely trust this mate of mine – I've got more than enough dirt on him to know he'll never betray me.

And I do favours for him occasionally in return.

A few years back a mate called me up and asked me whether I knew any "professional" who could solve a problem and blame some benighted homeless man. What sort of business did he think I was in? Of course I did. You don't become a fix-it man without engaging the services of a wide variety of skilled professionals. A few discreet phone calls to some mates of mine and the creation of one Swiss bank account later and his problem disappeared. Talk about the creative destruction of capitalism!

Unless you're in the mates' club, it doesn't really matter whether you're extremely talented or a total drop kick – you may as well give up and become an alcoholic. And you can forget about setting up Swiss bank accounts. You have to be in the Top 500 to play.

Even then there are problems. For example, it is important not to select a "mate" who outlines the details of your banking activities to Swiss banking authorities. If that happens, it is important to have another "mate" – ideally, a medical man – who will testify that you have a mysterious ailment that makes everything you say inadmissible as evidence in court, even the stuff backed up by documentary evidence.

The point is that modern business wouldn't function without the sort of informal connections that exist outside the formal structures of law and politics. Or at the very least, it wouldn't be nearly as profitable.

So who are these people? Where do they come from? And how do you become one? The answers are simple: "Cranbrook Old Boys", "Cranbrook High School" and "Send your children to Cranbrook".

Of course, not everyone is able to send their kids to Cranbrook and not all alumni succeed. So I've outlined some of the networking models that you can follow to catapult yourself from hopeless nobody to respected powerbroker, with lots of mates, virtually overnight.

IN ANCIENT EGYPT, in order to keep the ruling clique small, Pharaohs were forced to wed their sisters. This is a sure-fire way of keeping your power network small and deeply loyal, even if it is a bit disgusting. However, the method suffers from several drawbacks.

First, strictly speaking, sleeping with your siblings is illegal in all but the most liberal societies on earth (I think it might be legal somewhere, like Denmark or Canada).

Second, the offspring from such unions are rarely the kind of "power networkers" demanded in 21st-century capitalist society. They tend to be bow-legged, close-eyed simpletons.

Third, and probably the clincher if you are still considering it, taxation laws assume that a wife and a sister are two distinct entities, so in all but the most enlightened jurisdictions, you may be hit with a double whammy of inheritance taxes after "their" death. Check with a qualified accountant, but the message is clear: nowadays it's probably not worth the risk – the Egyptians simply didn't know how good they had it. The best most people can do these days is to make sure that their favoured son gets to run the business – but even that doesn't guarantee success (see the 2002 Foreword to my 1999 book One.Tel Management: A Recipe for Success).

IT IS NO coincidence that Australia's richest man would inspire fierce loyalty among his inner sanctum. Many employers are able to ask favours of their employees but only Kerry Packer can get an entire kidney.

So how does Packer inspire such loyalty? Perhaps it has something to do with Jodee Rich's claim that Kezza reckoned removing a Rich testicle during the One.Tel collapse might help fix things.

Or perhaps Kerry is just a really nice guy.

If you decide this is the way is for you, be warned: you must be prepared not to pull any punches. If you don't understand what I mean, ask Jodee Rich.

OF COURSE, YOUR mates needn't be harnessed for power and influence. Even some top politicians actively eschew the idea of having power. Simon Crean was, until recently, the banner boy of this model. Of course, Crean was not alone. Many homeless people share his dreams and lack of aspirations.

But first, here's a quick bio of the genius behind the Simon Crean Model. Through his tireless efforts to do little while ACTU president, Crean managed to oversee the largest decline of the union movement in Australia's history. Then, as the Labor Party's opposition leader (most of you won't remember by now, but Crean was federal leader of the Labor Party for several years), he oversaw a spectacular decline in support of a mass-based party in Australia.

Quite an extraordinary set of achievements for such an ordinary man. How did he do it? To turn such a huge number of people off in such a short period of time is seemingly beyond the capabilities of one human being. It would have been physically impossible for him to meet that number of people, let alone chat to them long enough to make them realise that their support for him was entirely misplaced.

Obviously, networking was the key to his success. Through a sophisticated use of the informal networks of power both inside and outside the Labor Party, word of Crean's exceptional mediocrity was able to filter rapidly through all levels of society. By interacting with a few key people in the nation's unions, businesses and media, Crean was able to masterfully orchestrate a historic slump across the labour movement.

The Simon Crean Model is perhaps the most spectacular. For me, he is the ultimate networker. He should be an inspiration to anyone who wishes to join the ranks of the Top 500 but is unable to command the respect of Packer or the loyalty of sister-love. He realised the only way up was down. To achieve anything, he must destroy everything. And he did.

IF YOU ARE now hopelessly confused about what you need to do to become a Top 500 powerbroker, then you've missed the point. If you're still reading this you've already failed, because anyone with any cajones stopped reading ages ago, or at least got their assistant to read it for them. The real powerbrokers are far too busy wiring money to their Swiss bank accounts.

While you've been busy swotting up, those in the know have been out boozing and schmoozing and have probably closed more deals than you'll make in a lifetime of intellectual reflection. It's not what you know, it's who you know. And how do you know if you know the right people who are in the know? Perhaps you should ask a mate.

How to become a superpower in three easy steps

IN THE POST-SEPTEMBER 11 world, many middle-ranking countries are starting to ask the question: ‘If the United States can be a superpower, why can’t I?’ This is a very good question. The ease with which the US now exercises power should be an inspiration to every aspirational country. By following this easy three-step process, you... Read more