A new normal in Italy? 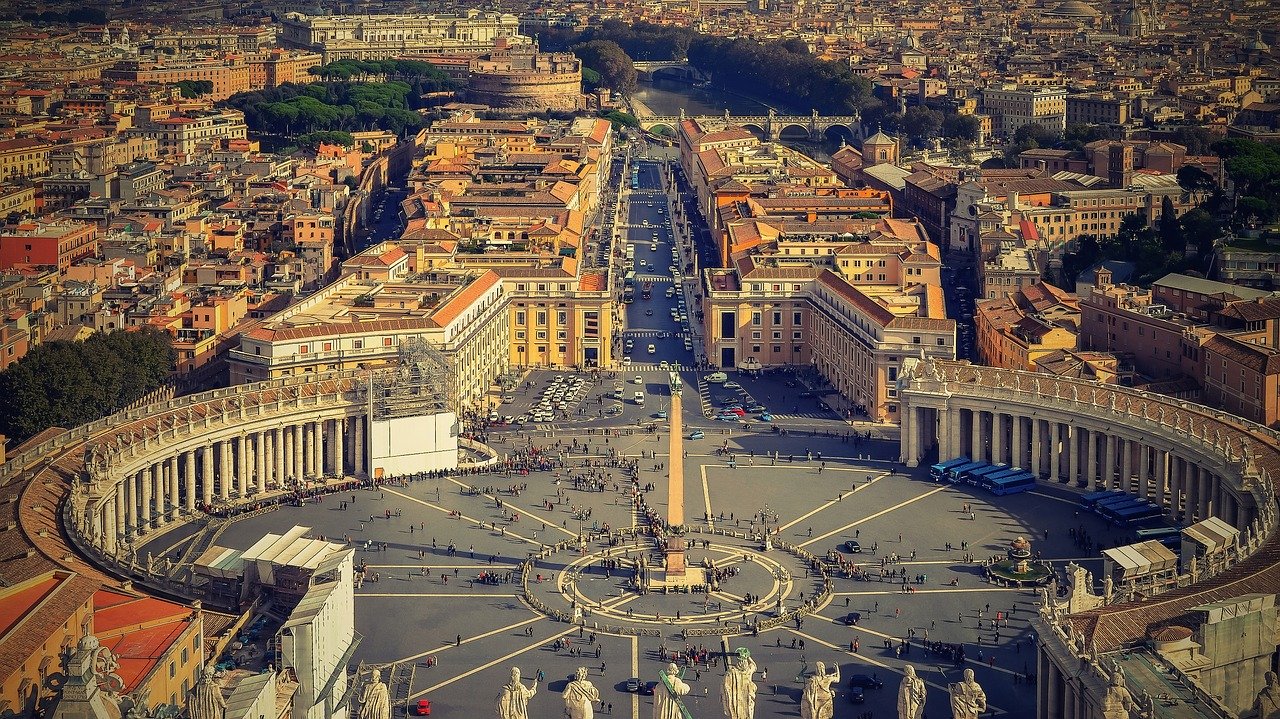 In Rome, at first, aspects of the lockdown were pleasant: the silence of sparse car traffic and the blue skies without smog or planes. As these occurred with signs of spring everywhere, it was hard to believe an invisible killer was on the prowl.

Italy was the first Western country invaded by the pandemic, and so requests for my articles revived; I’ve lived in Italy for five decades now. I am used to working at home but being free to go out whenever I choose. Locked down, one was restricted to keeping within 200 metres of one’s home unless going to a medical appointment, a food outlet or a pharmacist – in which case masks were obligatory. I did venture beyond 200 metres but my only exercise was a brief postprandial walk, combined with almost constant reading, writing or watching the street show from a fourth-floor apartment.

At 6 pm daily, music blasted from the apartments opposite: a favourite was ‘Que, sera sera (Whatever will be, will be)’, but perhaps more apt would have been the aria from Tosca with the phrase ‘muoio disperato’ – ‘I die in despair’. After a month, Gloria Gaynor was often heard belting out ‘I will survive’.

There were reports that those who had not survived, mainly in northern Italy cities, were driven in army trucks at night to open graves far distant. Television coverage of intensive care units where victims’ lungs were being scorched by the virus made everyone uneasy about possible symptoms of infection, such as a slightly sore throat. Rome was not hard hit by the virus, but I worried about one grandson, Riccardo, who was studying in Milan – the capital of the Lombardy region, which accounts for half of Italy’s more than 30,000 fatalities – and the other grandson, Victor, a dermatologist in Modena, an emergency red-zone city.

The lockdown dragged. It felt as if my neighbourhood had been hit by a bomb that killed people but left buildings. My walk routine became boring. With two other adults and two dogs at home, I was not isolated, but I missed being able to play tennis at the club in the next street, or visit an art gallery or go to the Foreign Press Club in central Rome. They were all closed.

On 4 May, the lockdown was eased partially, allowing visits to relatives. I looked forward to a family reunion with my son and his three daughters, then found that, to avoid infection, we all had to don masks and gloves, keep our distance and, preferably, avoid closed spaces.

So we met in the street beneath their apartment on 4 May. The granddaughters looked the same as they had before the lockdown began on 9 March (except for the youngest, Mia, seven, being taller), but they had changed in one significant way. They accepted a new normal that for me was completely abnormal.

We walked to the Janiculum hill, which overlooks Rome, and then on to the Miami ice-cream shop with Emma (fourteen) and Beatrice (eleven) arguing whether its name meant the American city or Mi ami, meaning ‘love me’. We had to remove our face masks to eat the ice cream – for me this was the only normal moment.

As we parted, Mia dashed forward to smack my hand in a high-five – our sole direct physical contact.

IN ITALY, THE relaxation of restrictions was to be gradual, an evolution from hiding from the coronavirus to living with it. We began a more complicated stress test, Phase 2, in which restrictions could be restored if infections resurged. Saving lives was balanced against saving jobs. Some owners of restaurants, coffee bars, hotels, factories and offices said that social distancing and other protective measures would reduce business by more than 50 per cent while their costs remained the same. Some have not reopened; others have warned that unless conditions enable them to recoup financially, they will be vulnerable to Mafia takeovers. For their woes they blame the government, not the virus.

Italians united against the virus in Phase 1, but Phase 2 could divide them.

The government’s first bounce-back measures have been mainly grants or loans to aid those who have lost their jobs or businesses at risk of collapsing rather than financing new enterprises. Bottlenecks in the country’s cumbersome bureaucracy and in some of its banks have prevented the aid reaching many who need it quickly. Indeed, the regulation that requires people to enter shops one at a time – even the barber or the bank – has slowed everything.

There were forecasts that the collective experience of facing this plague would make people more aware of life’s essentials. Heeding the maxim ‘never waste a good crisis’, some have seen the pandemic as an opportunity to create a more just, equitable society. One step in this direction is the decree to regularise a third of Italy’s 600,000 undocumented people (mainly refugees), allowing those who work on farms or as home helpers to apply for residency permits. However, what is heard most insistently is the need to rev up production so that Italy can compete with the firms of neighbouring countries that have stolen its clients during the lockdown. In other words, more of the same – although that can include inventiveness: some Rome shops quickly displayed colourful designer masks with inscriptions such as ‘Recognise me?’, priced at $40 each.

The pandemic will probably accelerate certain trends, such as increased use of digitalisation in education, but it is uncertain whether it will produce more basic changes. Italy has long had many volunteers – from religious and non-religious organisations – who help others. This generosity was augmented during the pandemic when doctors and nurses – often without adequate protective equipment – sacrificed themselves to care for others; at least 163 died. Other ex-doctors and nurses volunteered to replace them.

Will Italy’s post-pandemic politics foster a more just society that incorporates more acts of generosity like these? If so, this new normal would be exceptional.

It's the sixth in an occasional COVID-19 chronicle series published as part of Griffith Review's
Friday Great Reads.

At home in both places

I STILL CALL Australia home. But I have another home in Italy. Virtual bilocat­ion is my thing rather than geographic schizophrenia: I am at home in both places. Having insufficient money to move between them at will, I am not anguished by having to make a choice.

I did not realise Italy was to be my... Read more