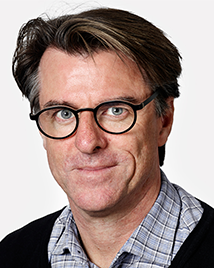 Stuart Ward is professor and head of the Saxo Institute for History, Archaeology, Ethnology and Classics at the University of Copenhagen. He is the author of Australia and the British Embrace: The Demise of the Imperial Ideal (MUP, 2001), co-editor with Deryck M Schreuder of the volume Australia’s Empire (OUP, 2008) in the series Oxford History of the British Empire, and co-author with James Curran of The Unknown Nation: Australia After Empire (MUP, 2010), which was shortlisted for the Prime Minister’s Prize for Australian History. He recently co-edited with Astrid Rasch Embers of Empire in Brexit Britain (Bloomsbury, 2019) and is completing his forthcoming book, Untied Kingdom: A World History of the End of Britain, for Cambridge University Press. His essay ‘The Empire’s new clothes’ appeared in Griffith Review 59: Commonwealth Now.