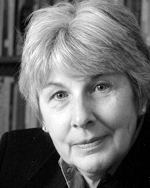 Sheila Fitzpatrick is a Professor of modern Russian history at the University of Chicago.

Her books include Everyday Stalinism (2000), Tear off the Masks! Identity and Imposture in Twentieth-Century Russia (2005) and My Father's Daughter. Memories of an Australian Childhood (2010).

She is the editor (with Stuart Macintyre) of Against the Grain: Brian Fitzpatrick and Manning Clark in Australian History and Politics (2007) and (with Carolyn Rasmussen) of Political Tourists. Travellers from Australia to the Soviet Union in the 1920s–1940s (2008).

A regular contributor to The London Review of Books, she is currently working on a memoir of Moscow in the 1960s.

Can you write a history of yourself?
Edition 33: Such Is Life