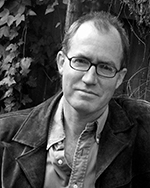 He is a regular contributor to the Kindle Singles program, and publishes other authors' work through his 'short book' label, Hampress.

A former Australia correspondent for the Sunday Times, Paul attended Charles Sturt and Sydney universities and the London School of Economics and Political Science. He lives in Paris and Sydney.

So you want to rule like an autocrat?
Edition 57: Perils of Populism