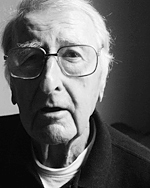 His long career in print journalism began with a cadetship on Sydney's Daily Telegraph. After stints on the Cairns Post and the Daily Mirror, he spent six years as one of the ABC's first radio news correspondents right at the start of its independent news service.

From there he travelled to Europe, working in London and for Agence France Presse in France and Switzerland. Then began more than a decade-long association with The Sunday Times and The Times of London, mainly as war correspondent. This period, from 1960 until the early 70s, saw Murray Sayle reporting the wars in Vietnam and the Middle East, terrorist campaigns in Northern Ireland, India and Pakistan, not to mention publishing a novel about journalism, A Crooked Sixpence.

In 1973 he became Asian Editor, for Newsweek International, based in Hong Kong, and so began a lifelong passion for the East Asian region, particularly Japan. He lived and worked in Japan for nearly three decades, reporting throughout for leading newspapers and news magazines in the United States, Britain, Australia and Hong Kong.

He continued to write and present television documentaries, including The March of Time, a 30-part series for Channel 4 and PBS. He was also a regular commentator on ABC Radio National's Late Night Live program. In 2004, he returned to Australia.

His many awards include Journalist of the Year, for his coverage of the Vietnam War, and Magazine Writer of the Year in 1983.

Even further north
Edition 9: Up North