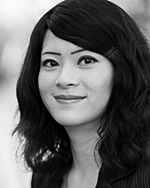 Michelle Law is a Brisbane writer working across fiction, nonfiction and screenwriting. Her work has appeared in Women of Letters (Penguin, 2011), Growing Up Asian in Australia (Black Inc., 2008), Destroying the Joint: Why Women Have to Change the World (UQP, 2013), as well as several Australian literary journals and magazines.

She co-authored the comedy book Sh*t Asian Mothers Say (Black Inc., 2014) and is an AWGIE award-winning screenwriter whose films have screened internationally and on the ABC. Single Asian Female, her debut stage play, was performed by La Boite Theatre Company in 2017.

Conversations with my sister
Edition 56: Millennials Strike Back

Happily ever after
Edition 42: Once Upon a Time in Oz