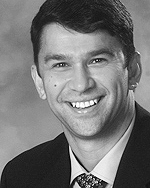 In April 2008, he was Co-Chair (with Foreign Minister Stephen Smith) of one of the ten issue streams at the Australian government's 2020 Summit and gave the keynote speech at the Summit. Dr Wesley is a Non-Resident Senior Fellow at the Brookings Institution.

The meaning of China
Edition 41: Now We are Ten

The search for moral security
Edition 7: The Lure of Fundamentalism

Made in China
Edition 25: After the Crisis

The land at the end of the world
Edition 36: What Is Australia For?