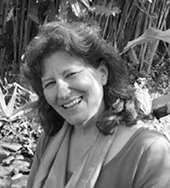 Laura Jan Shore was born in the UK, raised in the US and immigrated to the Byron shire,
Australia in 1996.

Author of the YA novel The Sacred Moon Tree (Bradbury Press, 1986), Laura’s poetry has
appeared in literary magazines and anthologies on four continents. She also helped
establish the independent Dangerously Poetic Press.

Her work has been published in anthologies and literary journals on four continents, including The Best Australian Poems 2013 (Black Inc.).

Schadenfreude
Edition 61: Who We Are

When I look upon the suffering
Edition 48: Enduring Legacies

Hospice
Edition 33: Such Is Life