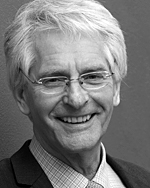 John Kane is Professor in the School of Government and International Relations, Griffith University.

He is the author of numerous articles on politics and political theory and his books include The Politics of Moral Capital (Cambridge UP, 2001) and Between Virtue and Power: The Persistent Moral Dilemma of US Foreign Policy (Yale UP, 2008).

His most recent book (co-authored with Haig Patapan) is The Democratic Leader: How Democracy Defines, Empowers and Limits its Leaders (Oxford UP, 2012).

Virtue, power: the dilemma of US foreign policy
Edition 14: The Trouble with Paradise

Challenge and promise of e-democracy
Edition 3: Webs of Power

On being Australian
Edition 36: What Is Australia For?