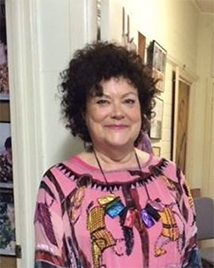 Gillian Wills has published widely with Australian Book Review, The Australian, Weekend Review, Limelight Magazine, The Courier-Mail, Good Reading, The Strad, CutCommon, LoudMouth, ArtsHub and Artist Profile. She has been a pre-concert speaker with the Australian Chamber Orchestra, Queensland Symphony Orchestra, Musica Viva and Australian String Quartet. Gillian is the author of Elvis and Me: How a world-weary musician and a broken racehorse rescued each other (Finch Publishing), which was released in Australia in 2015 and the UK, Canada, New Zealand and the US in 2016. She has worked as a lecturer at Queensland University of Technology and Griffith University. She is an Honorary Associate of the Royal Academy of Music, and was the dean of the Victorian College of the Arts School of Music (The University of Melbourne) for nine years.