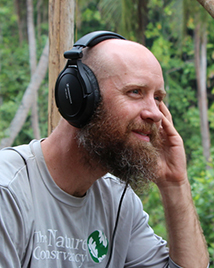 Eddie Game is Lead Scientist for The Nature Conservancy’s Asia Pacific region and has worked on conservation projects in more than fifteen countries and in environments including rainforests, coral reefs, grasslands, deserts and the open ocean. Eddie received his PhD in marine conservation and decision science from the University of Queensland, and has published more than seventy papers on aspects of conservation science. His first book, Conservation Planning: Informed Decisions for a Healthier Planet, co-authored with Craig Groves, was published in 2015 by W. H. Freeman. Eddie is currently the editor in chief of the journal Conservation Letters.