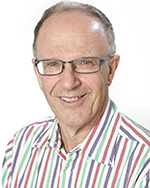 Dennis Altman, a Professorial Fellow in Human Security at LaTrobe University, is the author of thirteen books, since Homosexual: Oppression & Liberation (Angus & Robertson) was first published in 1972. In 2006, the Bulletin listed Dennis as one of the 100 most influential Australians ever, and he was appointed a Member of the Order of Australia in 2008. He has been President of the AIDS Society of Asia and the Pacific (2001–05), a member of the Governing Council of the International AIDS Society (2004–12) and the Board of Oxfam Australia (2006–10). His most recent books are The End of the Homosexual? (UQP, 2013); Queer Wars (Wiley, 2016), co-authored with Jon Symons; and How to Vote Progressive in Australia (Monash University Publishing, 2016), co-edited with Sean Scalmer.

Inside the tent
Edition 28: Still the Lucky Country?

Paradox of identity
Edition 36: What Is Australia For?