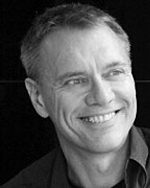 Bill Bowtell is a strategic consultant specializing in health policy, and the application of new technologies to social marketing.

Bill has served as National President of the Australian Federation of AIDS Organisations, a trustee of the AIDS Trust of Australia and served on many HIV/AIDS-related committees and task forces. He has a particular interest in developing effective preventive health campaigns at national and international level.

Fighting a political virus
Edition 7: The Lure of Fundamentalism