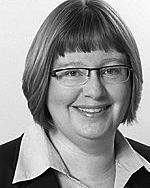 Anne MacGregor obtained a BA/LLB (Hons) at the Australian National University before moving to Germany in 1991 where she completed an LLM.

After a traineeship in the European Commission she worked as an EU lawyer in Brussels until 2000, before taking a job with a law firm in Washington DC.

In 2002 she moved back to Brussels where she currently practices EU trade and competition law with a large international law firm.

In early 2000 she co-founded the Southern Cross Group (www.southern-cross-group.org) with other expatriate Australians as an international non-profit volunteer-run advocacy and support organisation for the Australian diaspora.