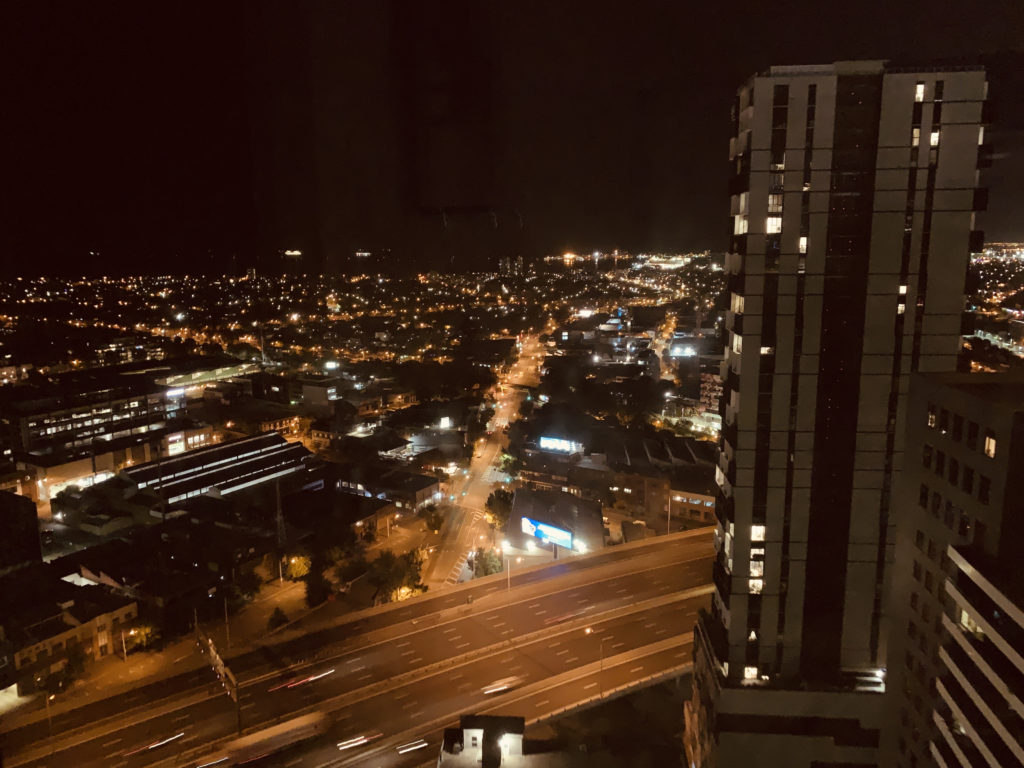 IN MARCH, MY grandmother, who’s eighty-eight, secretly mailed me six rolls of toilet paper from China. She had learnt from television about the empty shelves in Australian supermarkets and was worried that I would have no toilet paper. Hearing that my mum planned to send me some masks, my grandmother added some toilet rolls to the package. She sealed it before my mum could see what she’d done, as she knew my mum would have complained that my grandmother was spoiling me.

Two weeks after my cousin posted this package, I received it. It was covered in travel labels. It had left southern China and travelled all the way to Singapore before arriving in Sydney. From there, it came to me in Melbourne. My family might have been apart, but this small parcel connected us at an extraordinary time.

COVID-19 has seen billions of people confined to their homes due to international travel bans and domestic lockdowns. Despite this, we are still connected – often in unexpected but perhaps unsurprising ways. We use Zoom calls and social media to continue our work and studies. We gather and share updates on the virus from all over the world. More importantly, e-commerce enables us to support local and international businesses.

As a journalism student who came to Australia seven years ago, I’ve been familiar with these sorts of global connections since before the pandemic. I write for both Chinese and Australian media outlets, communicating with editors I’ve never met in real life. I access both local and international news and stories online. I live alone and spend most of my time working in a high-rise apartment that’s forty-four levels above the ground. But I’ve never felt isolated from the world.

WHEN THE COVID-19 outbreak occurred in Wuhan in January of this year, I was in my Melbourne apartment working as a social media intern for a Hong Kong media company. I was on shift on 24 January, the second day Wuhan announced a city-wide lockdown. Five neighbouring cities announced lockdowns on the same day.

As part of my internship, I was asked to write a Facebook post about these lockdowns. As soon as I published the post, it was circulated widely in Hong Kong. It consisted of just two sentences, but they summarised the lives of millions of people – just as that one word, ‘lockdown’, would summarise the lives of many more across the coming months. Watching my post spread, I thought for a moment that I was in Wuhan – maybe making an important speech. But I was just sitting in front of my laptop. The weight of the words I’d written was heavy, but that weight came from me. I felt so small compared with the scale of the decisions being made. I texted a friend in search of consolation – but the reply only asked if I was exaggerating the things I felt.

In the following weeks, I read report after report from frontline journalists. I saw photo after photo of packed hospitals and empty streets. I wondered how I would feel if I was standing in one of those streets in China. In reality, I was more than 7,000 kilometres away from this atrocity. By the time there was a handful of confirmed COVID-19 cases in Australia, I could see that the media coverage here was on a smaller scale compared with that in Greater China. I was lost: which world was I living in? China, or Melbourne?

By then, coronavirus had invaded my life. Australia had imposed travel bans; several friends who were in China couldn’t get back into the country. We had planned to travel together; we couldn’t go anywhere anymore. In early February, as the new semester started, Victoria went into lockdown. My classes moved online and my Australian internship was cancelled. I tried to focus on my assignments – but when writing feature stories now, I was only able to conduct phone interviews. Feature stories exist to make readers feel a sort of human temperature through words – but how could I gauge that temperature, and connect it with my readers, when I was trapped in my room?

Worst of all, I became a news story. I was one of those fortunate international students impacted by neither the travel bans nor the financial hardship caused by the pandemic. But when Prime Minister Scott Morrison told international students to go home if they couldn’t support themselves, I felt abandoned by this place. I’d come to Australia at seventeen, and this country has shaped my personality. Today, though, I understand that no matter how Australian I become, my foreign identity lets people define me as a cash cow, part of a system that’s sustaining universities. Where I was once so proud of being a global citizen, now I feel excluded by the world.

And I worry about the future. I will graduate in July, and I now face a global recession with high unemployment rates around the world. While the pandemic has seen all sorts of new potential for journalism, regional media outlets have been affected, and freelancers are in an increasingly precarious space. As a fresh graduate, what can I do to secure myself from the storm of the post-COVID-19 era? As an international student who finds herself distanced from both her birth country and her chosen country, which place can be my home?

I still have masks and toilet paper from that care package, ready for whenever I need them.

I look through the window. As the night clouds the city, the houses are hidden in a sea of lights. I hear cars and trucks as they drive on the roads below. I hear the wind howl.

I hear my own heart pulse.

This is the fourth in an occasional COVID-19 chronicle series, to be published as part of Griffith Review's Friday Great Reads.

To ensure a copy of Great Reads lands in your inbox every Friday, please navigate to Newsletter at the top of this page.