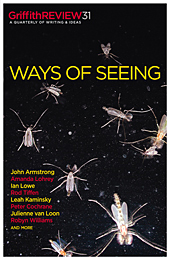 The lords of time

THOMAS MORE'S UTOPIA 1516 was recently claimed as the most influential fiction in history, that it had worked its way out of simply being the map of an imagined political order and into the actual territory of the present. JC Hallman argues In Utopia: Six kinds of Eden and the Search for a Better Paradise (St Martin's Press, 2010) that '[a]mong words that have leaped from fiction to reality, advanced from noun to adjective, it stands alone'.

But the influence of Thomas More, he suggests, has been unruly, botched and bloody. From the Reformation, through to the revolutions of the Enlightenment, and the near apocalypse of the twentieth century's clash of ideologies, the attempts to draw a reality from the fiction has brought carnage and this speaks volumes to the shortcomings of the utopian project itself.

On the flip-side, where the utopia is a literary statement of intent, the optimistic, comedic vision of an endpoint arrived at through speculation and imagination, its sibling, the dystopia, is the tragedy, an apparent embrace of pessimism.

The twentieth century was rich soil for the flourishing of the dystopian novel. Aldous Huxley's Brave New World and George Orwell's 1984, which are probably the most widely read examples of literary dystopia, both draw out from contemporary worlds of their authors some deep flaw which unspools into a nightmarish future.

In the last decade novels like Cormac McCarthy's The Road which follows the heartbreaking journey of a father and son through a blighted and benighted eco­scape, and Margaret Atwood's Oryx and Crake and Year of the Flood which together trace the fates of characters in a world upended by climate change and the grotesqueries of biotechnology, have dominated the literary vision of the world to come.

In a recent interview, however, science fiction author and environmentally-minded campaigner Kim Stanley Robinson suggested that as far as climate change dystopias go, the cultural moment of dystopian speculative fiction might now have stalled; that its role as a bellwether that rings to the shepherd the course of the unseen path to come has slid into obsolescence. 'We donÊ¹t need this warning anymore,' he said, 'we've had it, there have been good ones, and the world itself is taking a dystopian turn in climate and in population problems and resource issues.'

In Robinson's view novels such as those by Atwood and McCarthy, while still able to exercise the imagination as entertainments, have had their political punch dissolved. The message is that there's little point in imagining the disasters of the future when those disasters have already arrived.

It's worth noting that Robinson's own fiction, the Science in the Capital series in particular (Forty Signs of Rain, Fifty Degrees Below and Sixty Days and Counting), is characterised by its depiction of the future direction of politics, culture and individual lives under the changed conditions of climate change, and draws out from the meticulous scientific accuracy that informs it, imaginative assays into new ways of living. The suggestion Robinson makes both through his own fiction and beyond it, is that it's time for fiction to start thinking beyond the dystopia and again towards the utopia; that a useful role for speculative fiction in particular is to begin imagining a way past the climate crisis.

This swing of the cultural pendulum suggests to me that it is worth considering a larger question about how we measure the value of both the literary dystopia and the utopia: what do these imaginings of the future actually matter to lived reality in the present?

The answer is largely one of politics. In 'Changing the climate: the politics of Dystopia' Andrew Milner writes that these forms of future fiction 'require for their political efficacy an "implied connection" with the real: the whole point of eutopia [sic] or dystopia is to acquire some positive or negative leverage on the present.'

Milner's 'leverage' is certainly the kind of relationship Tim Flannery, a key player in the nexus between the science and politics of climate change in Australia and beyond, seems to imagine between fiction and the political application of hard scientific knowledge. By way of concluding a recent speech at Flinders University on the topic, Flannery cited his reading of Ultimatum, a speculative fiction based on the premise that an energy crisis could trigger a global conflict. It was, he said, 'fiction with a message.'

This politically and perhaps even scientifically instrumental view of fiction as it stands in relation to future time is one he later expanded on in an interview with the ABC's Fran Kelly: 'We have to create a model world, a virtual world, which is what the computer models do. And those model worlds are actually very much like theatre or literature, novels where we create a kind of model of the world we live in and then vary some of the aspects of it.'

Flannery's vision is, more or less, of a utopia-making machine. Fictions understood in this way, together with all manner of expressive and representational arts, are what Brian Boyd, author of On the Origin of Stories: Evolution, Cognition and Fiction, describes in evolutionary terms as a function of play, behaviour most clearly observed in childhood, as a way of generating a reality that is outside the here and now. Through fiction 'we need not be confined to the given,' writes Boyd in the article 'Why We Love Fiction', 'but can turn actuality around within the much larger space of possibility to explain how things are or to see how they could have been or might be.'

I've always been a little suspicious of the narrow interpretation of fiction being both written and read in this way, as an imaginative testing of the physical, social, political or other sciences. I'm suspicious of the claim that the word need ultimately to submit itself to the world. I think it limits a broader understanding of the relationship between literature and the sciences and the way we imagine ourselves.

The fictions of the future, whether utopian or dystopian or somewhere in between, almost always fail to anticipate actual conditions. They are, as Boyd sees them, playful excursions, and play has built into it the safety net of being unreal. It's only when a work of future fiction somehow does describe with any accuracy the shape of things to come that it becomes remarkable. Huxley's and Orwell's continue to exercise the imaginations of their readers and the wider culture because they so uncannily match patterns we still recognize – Orwell as the example par excellence of pessimistic totalitarianism and Huxley of consumerism.

AS EXCEPTIONS TO the rule these fictions underline the fact that the future is not predictable, that it is radically uncertain.

I argue it's worth thinking beyond a model of speculative fiction, of any fiction, as having a function limited solely to the mapping of the future in such a literal and instrumental way. The literary arts especially have purposes which exceed their simple ability to shape a discourse, to influence what people are talking about and to shape political, technological and economic futures. It's worth thinking about the way fiction actively shapes how humanity thinks about itself from the ground up.

In 'Art and Evolution: A Partnership in Excess' the poet, novelist and academic Kevin Brophy offers a more disturbing interpretation of the deep function of literature and art which is located in its ability to alert ourselves to the qualities of our own self-consciousness: 'Self-consciousness of the type we experience might have been important to securing an advantage in the competition between hominid species. If the impulse of Homo sapiens and later sapiens sapiens was to insist on their difference, and to insist on a murderous conquest of any immediate competitor, then this aspect of awareness might be selected over the long period of competition between humanoid species, a competition that was only decided finally in Europe less than 50,000 years ago.'

Brophy here connects pre-historic cave art in the south of France to the human species demonstrating to itself its own superiority over its rival Homo neanderthalensis. The argument is that art has, since its earliest life, been harnessed to politics in a deeply existential way. It demonstrates to one's own clan, or even to one's own species, that it believes itself to be superior, that it has the right to dominion over an enemy with which it is in competition for scarce resources.

Narrative art in particular is a vital psycho-cultural prop that reminds us not only that we are clever, but that our cleverness is greater than those we needed to believe were less clever than us. Art is made because at our most profound level we understand that we are vulnerable to the environment in which we live.

When it comes to 'future fiction' it is possible to imagine that the dominion over which we wish to have a say is the very future itself. Effectively we are at war with our own children, grandchildren and the lines of descendents yet to come. In effect, both utopian and dystopian speculations boast that the future is nothing, that the future is weak, because we have railed against its dimness our very capacity to imagine. 'Death,' writes Dylan Thomas in the future tense poem of the same name, 'shall have no dominion'.

We trick ourselves in this way into believing that we are time lords. Our weird visions of the future are sustaining myths that assuage our terror of it. Through them we pretend that we are able to nurture it, to foster it, guide it and even destroy it. We pretend it is ours.

While these fictions are never more important to us than when that other great imaginative space of human thinking, the sciences, shows us, as it does now, that the working of the great machine is crumbling before us, ultimately we remain as

W.G. Sebald reminds in After Nature paralysed, vertiginous, in the face of the approach of 'the future's resounding emptiness.'

To fall in love is to create a religion with a fallible god. – Borges

Act I – THE Polish Girl (1986): The Polish girl is dead, so she is not at the centre of this story. But, like Stephen Jay Gould’s spandrels bridging the arches in San Marco’s Basilica, the Polish girl is the locus for the... Read more