The legacy of the atomic age
by Brett Leigh Dicks 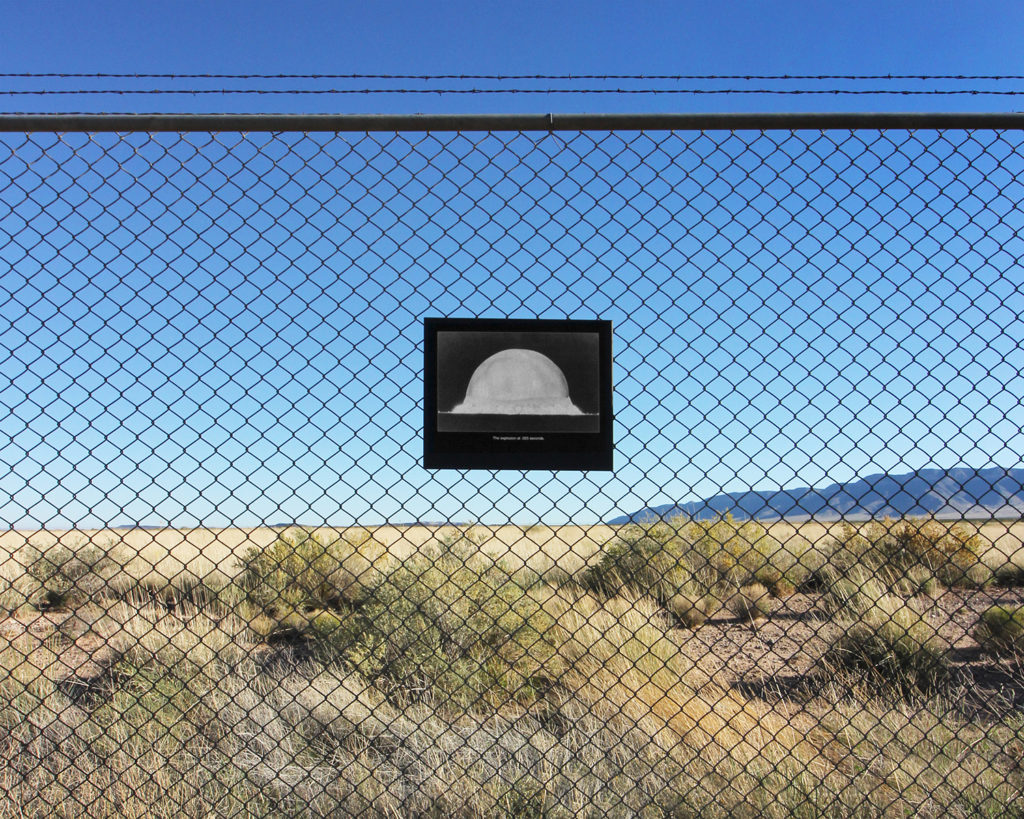 The United States has conducted 1,054 nuclear weapon tests, of which 219 have been atmospheric. The US Army conducted the first test on 16 July 1945 as part of the Manhattan Project in what is now the White Sands Missile Range in New Mexico’s Jornada del Muerto desert. The test site was declared a National Historic Landmark district in 1965 and included in the National Register of Historic Places one year later. 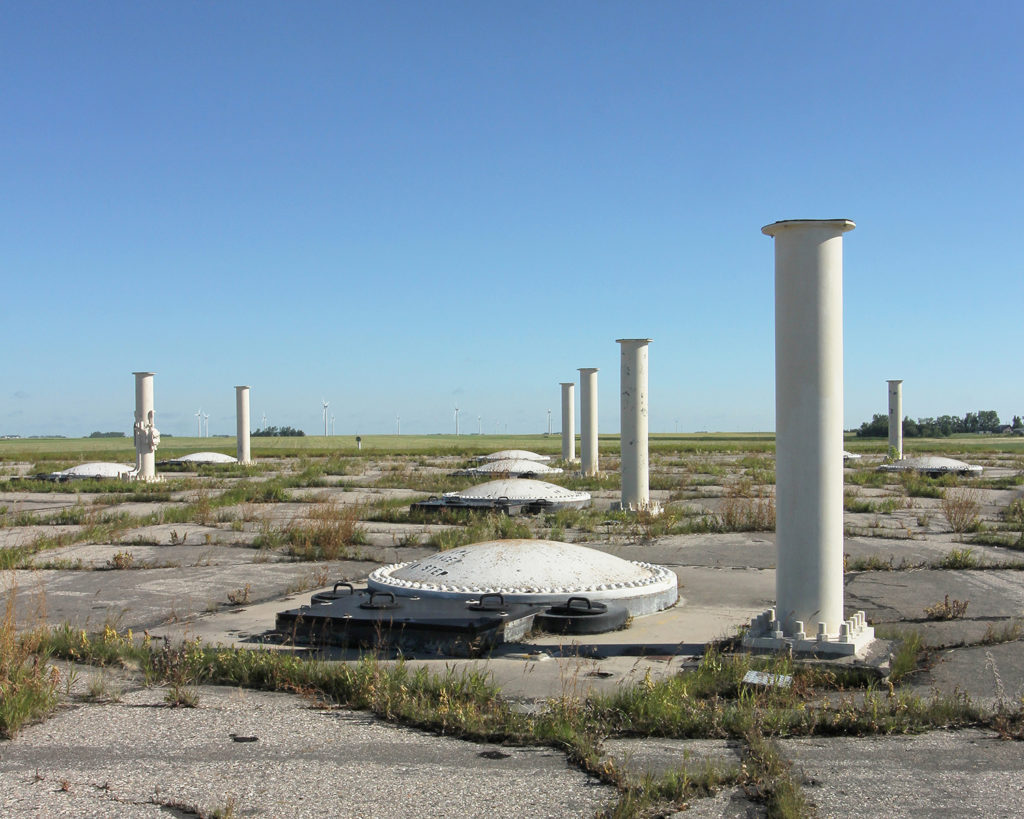 Commencing operations in April 1975, the Stanley R Mickelsen Safeguard Complex was part of the US Army’s Safeguard Program, an anti-ballistic missile system. It housed thirty LIM-49 Spartan and seventy shorter range Sprint silo-based anti-ballistic missiles. Armed with nuclear warheads, the facility’s missiles were designed to intercept incoming missiles of foreign origins. US Congress voted to decommission the facility in October 1975, stating that it was ineffective. 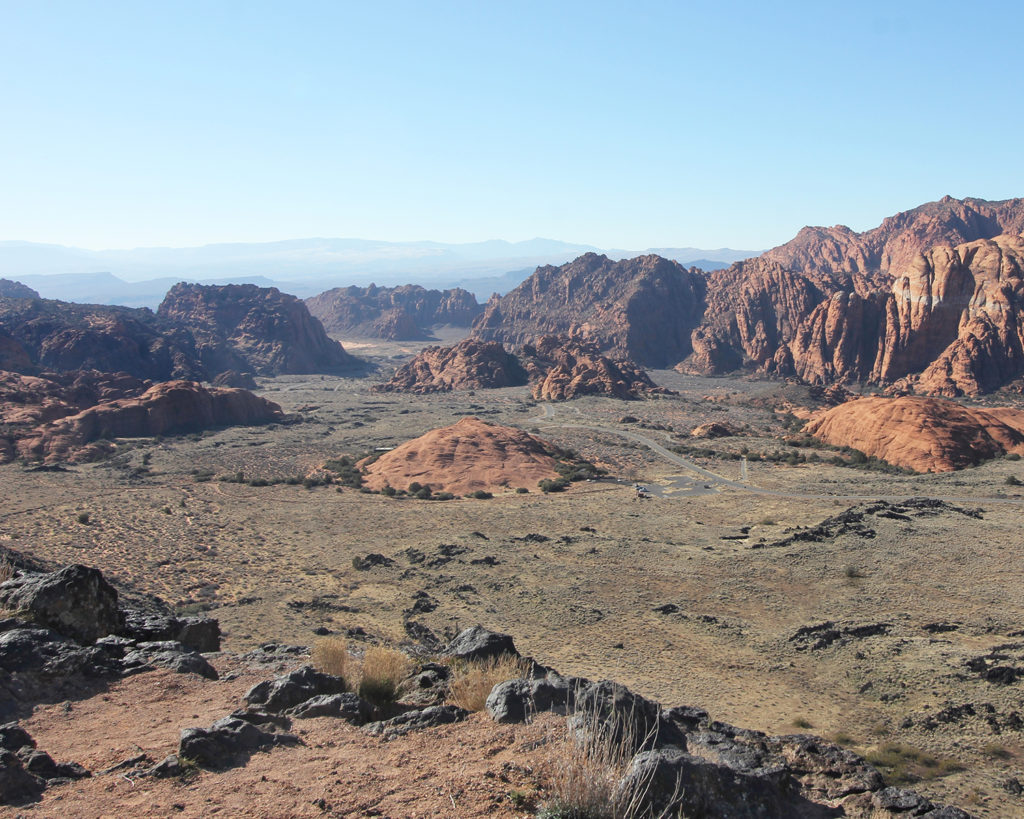 Situated downwind of the Nevada Test Site, southern Utah was subjected to repeated fallout from the facility’s atmospheric nuclear testing program. In 1953, eleven above-ground nuclear tests were carried out at the Nevada Test Site as part of Operation Upshot-Knothole. Winds blanketed the area surrounding St George, with radioactive particles from the main nuclear clouds funnelling into Snow Canyon. It was here, in 1954, that Dick Powell directed his Howard Hughes-produced film, The Conqueror, starring John Wayne and Susan Hayward. At the end of location filming in Utah, Hughes shipped sixty tonnes of contaminated earth from the set back to Hollywood for reshoots. 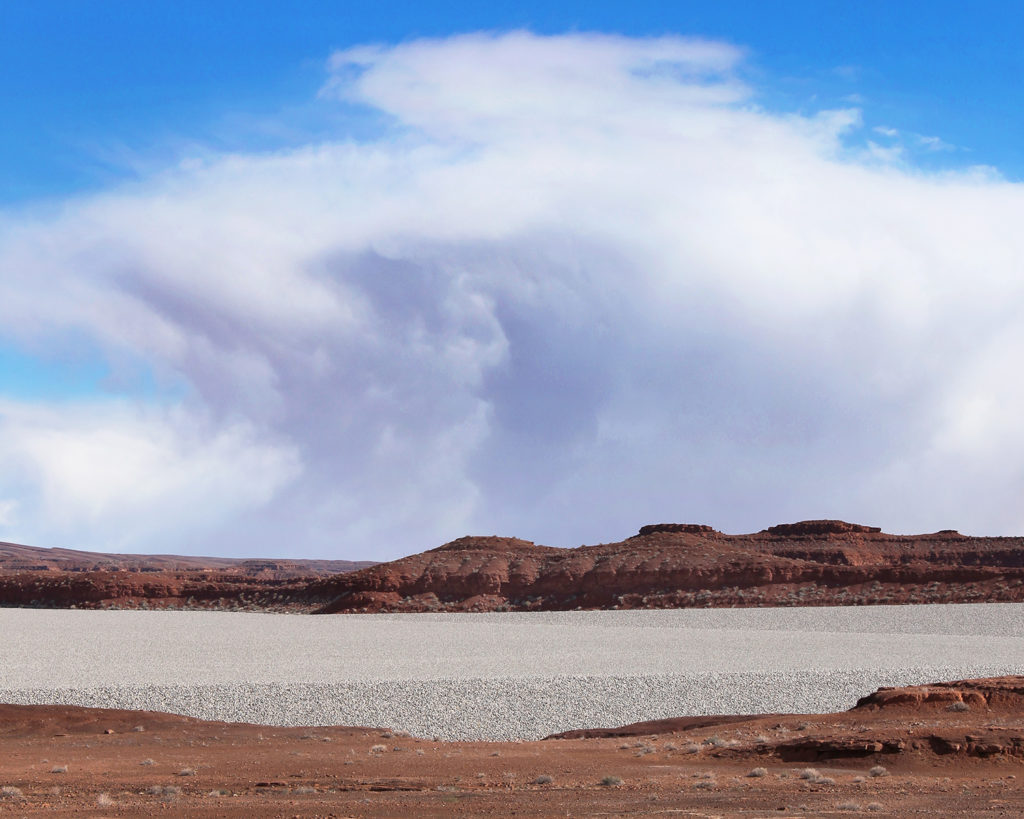 Located on the site of a former uranium mill, the Mexican Hat Disposal Cell contains 4.4 million dry tonnes of radioactive waste material and tailings (the sand-like substance left over from uranium milling). A twenty-four-inch thick radon barrier and approximately twenty inches of crushed riprap rock cover the waste, which includes the remains of a local school and other buildings that were constructed using contaminated material. The disposal cell covers roughly sixty-eight acres. 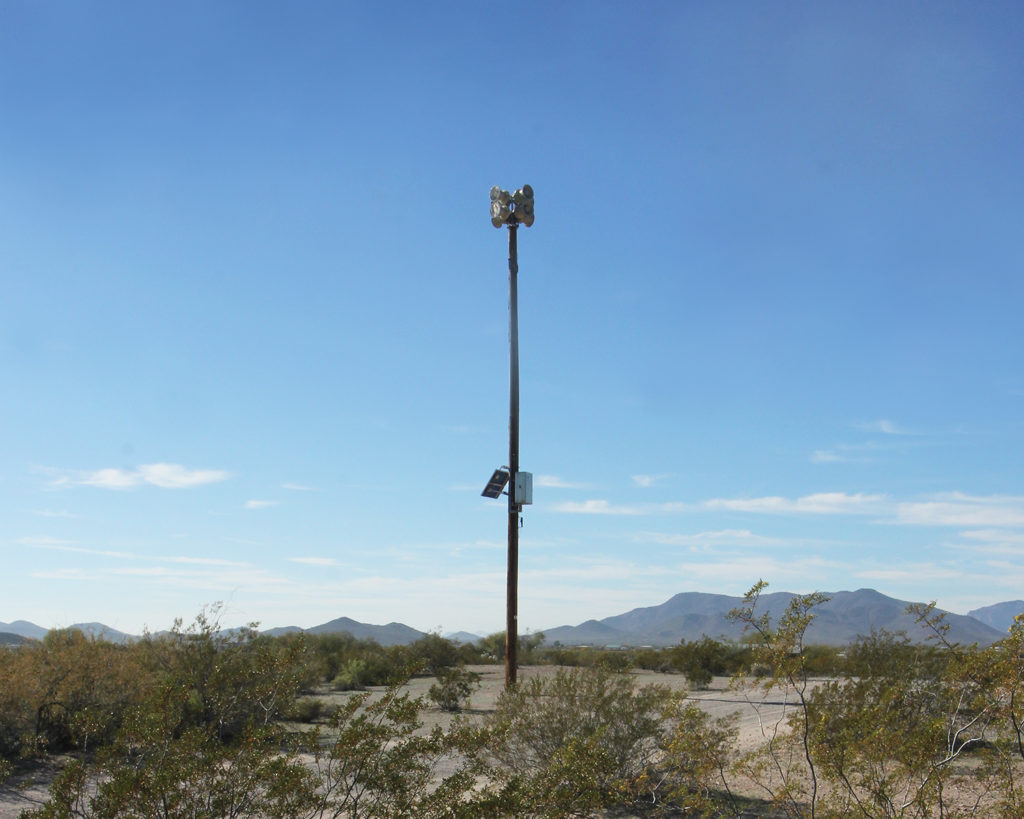 The Arizona Department of Emergency and Military Affairs and the Maricopa County Department of Emergency Management maintain a system of fifty-eight emergency alert sirens within the ten-mile Emergency Planning Zone surrounding the Palo Verde Nuclear Generating Station. The station occupies 4,080 acres near the town of Wintersburg, approximately fifty miles west of downtown Phoenix. It is the largest nuclear energy facility in the US, providing power for approximately four million residences across Arizona, California, New Mexico and Texas. 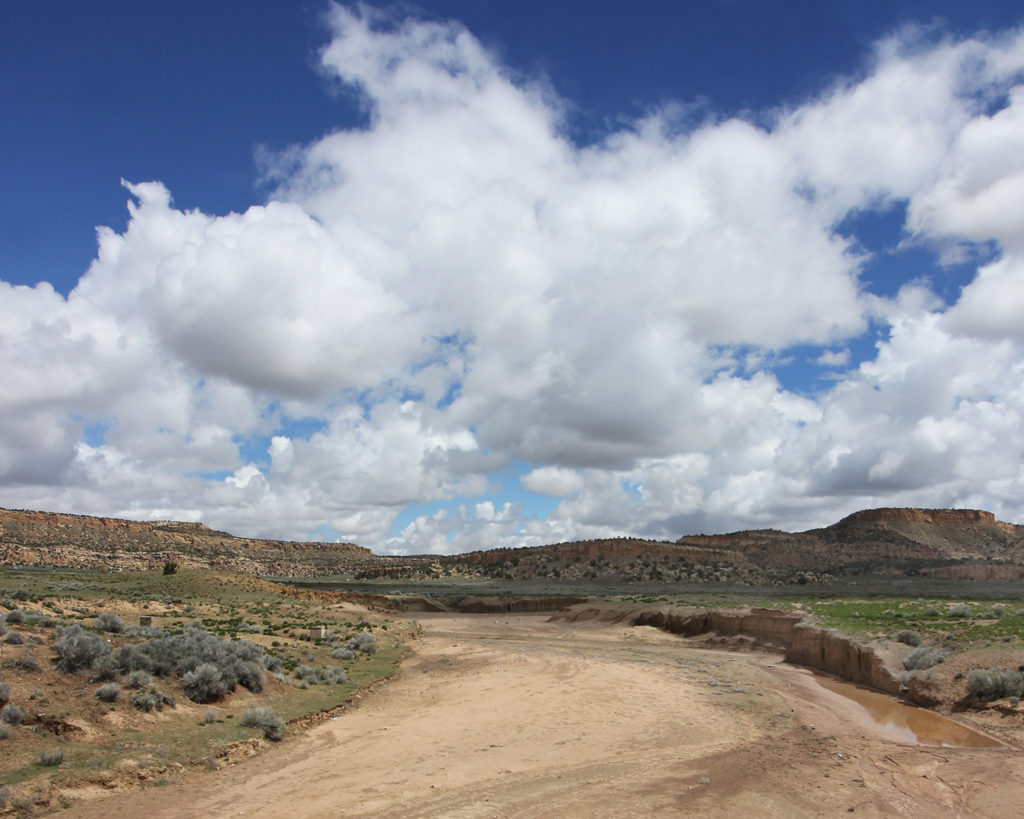 On 16 July 1979, an estimated 1,100 tonnes of radioactive mill waste and ninety-four million gallons of radioactive tailings solution spilled into the Puerco River in the largest nuclear waste spill in US history. It was caused by a breach in the earthen dam of a uranium mill tailings-disposal pond – a dam that federal and state agencies knew was structurally unsound. Operated by the United Nuclear Corporation, the mill produced more than two million pounds of uranium oxide annually. Its contaminated waste travelled eighty miles downstream into Navajo County, Arizona, rendering the river and groundwater unusable. 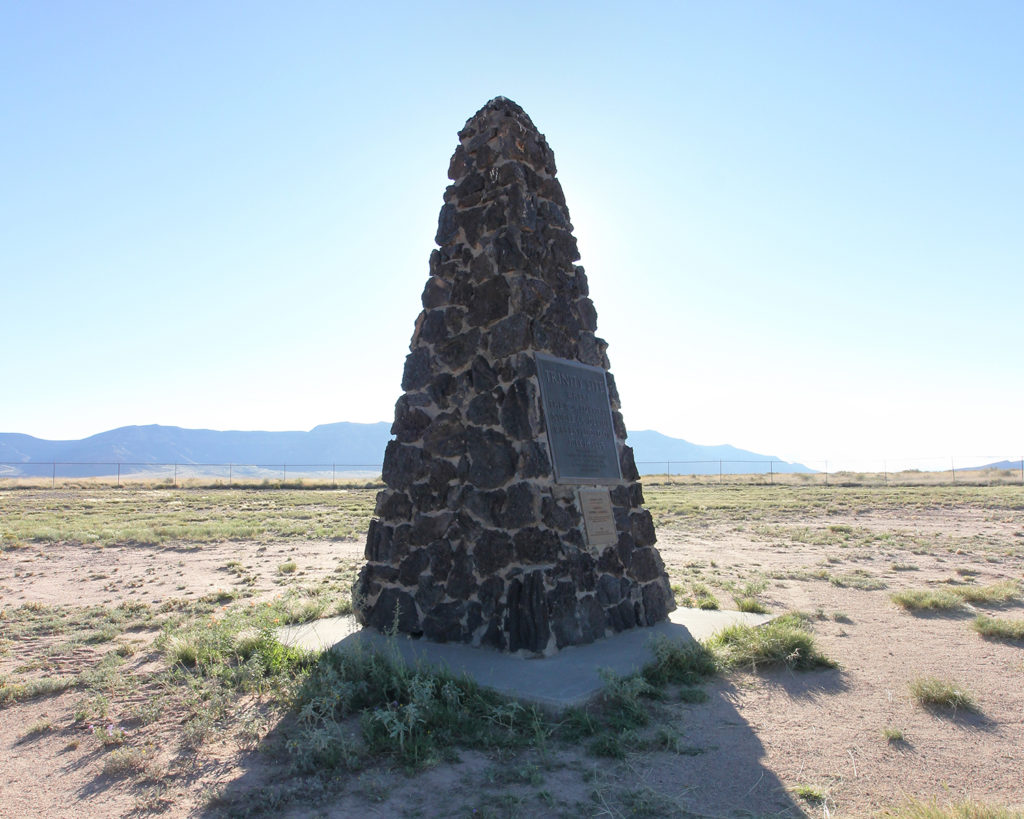 The Trinity test was the world’s first detonation of a nuclear device. It took place at 5.29 am on 16 July 1945 at what is now White Sands Missile Range in New Mexico’s Jornada del Muerto desert. The test featured a plutonium implosion fusion device that yielded a twenty-two-kilotonne blast. The desert sand melted into a mildly radioactive green glass that was named trinitite. Observers of the test reported that for several seconds after the blast, the surrounding mountains were illuminated ‘brighter than daytime’, while the generated heat reported at base camp was ‘as hot as an oven’. 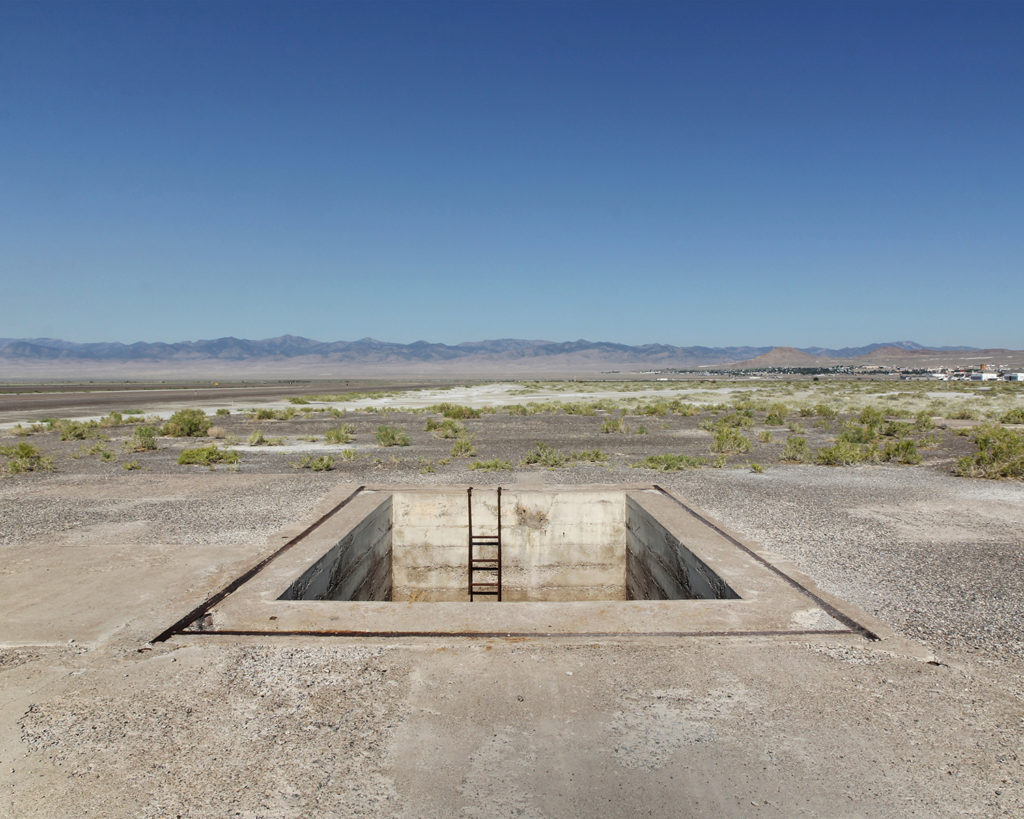 Wendover Air Force Base was the training site of the 509th Composite Group, the B-29 unit that carried out the atomic bombings of Hiroshima and Nagasaki in August 1945. In 1944, the 216th Army Air Forces Base Unit constructed prototype atomic weapons at Wendover. With the flight characteristics and fusing mechanism operations of these prototype designs still largely unknown, in February 1945 five aircraft from the 509th Composite Group formed the Flight Test Section to test prototype weapons in the shape of the Little Boy and Fat Man bombs that would be dropped on Hiroshima and Nagasaki. 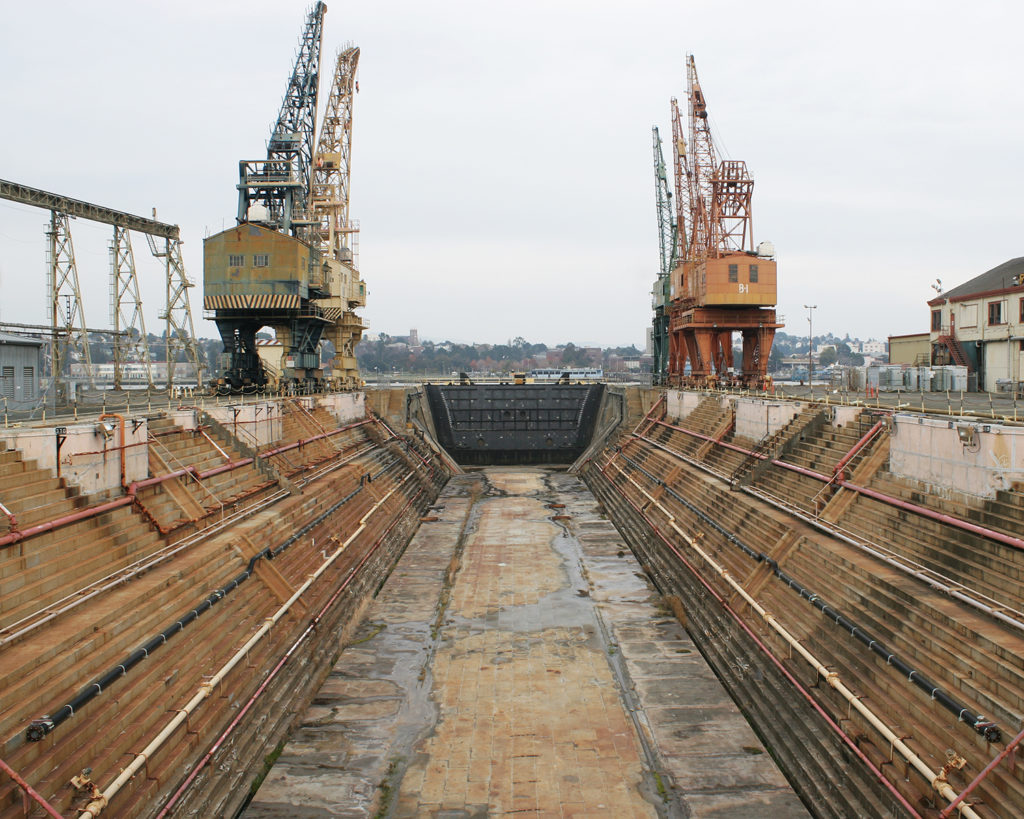 The Mare Island Naval Shipyardwas the first US Navy base established on the Pacific Ocean. In 1936, the shipyard started constructing submarines; in 1956, it built the first nuclear-powered submarine on the West Coast: the Skate-class USS Sargo. A total of seventeen nuclear-powered submarines were built at Mare Island, and the last – a Sturgeon-class attack vessel, the USS Drum – was launched in 1970. After construction activities ceased in 1972, Mare Island Naval Shipyard continued servicing the existing nuclear fleet until it closed in 1996. 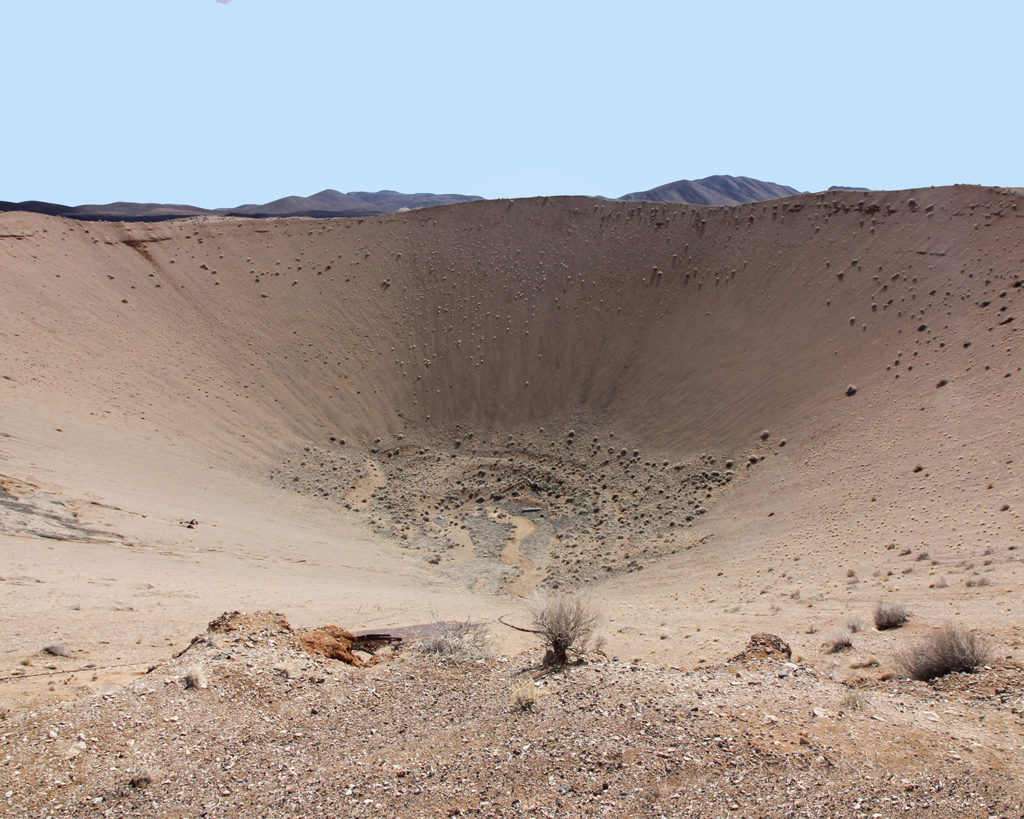 The result of the Sedan nuclear test staged on 6 July 1962 as part of Operation Plowshare, the Sedan Crater is located at the Nevada Test Site, twelve miles south-west of Groom Lake in Nevada. Sedan was a shallow underground nuclear test conducted in Area 10 of Yucca Flat as part of a program investigating the use of nuclear weapons for mining, cratering and other civilian purposes. The 104-kilotonne blast displaced more than 11,000,000 tonnes of earth and created a crater 320 feet deep and 1,280 feet wide, making it the largest human-made crater in the US. 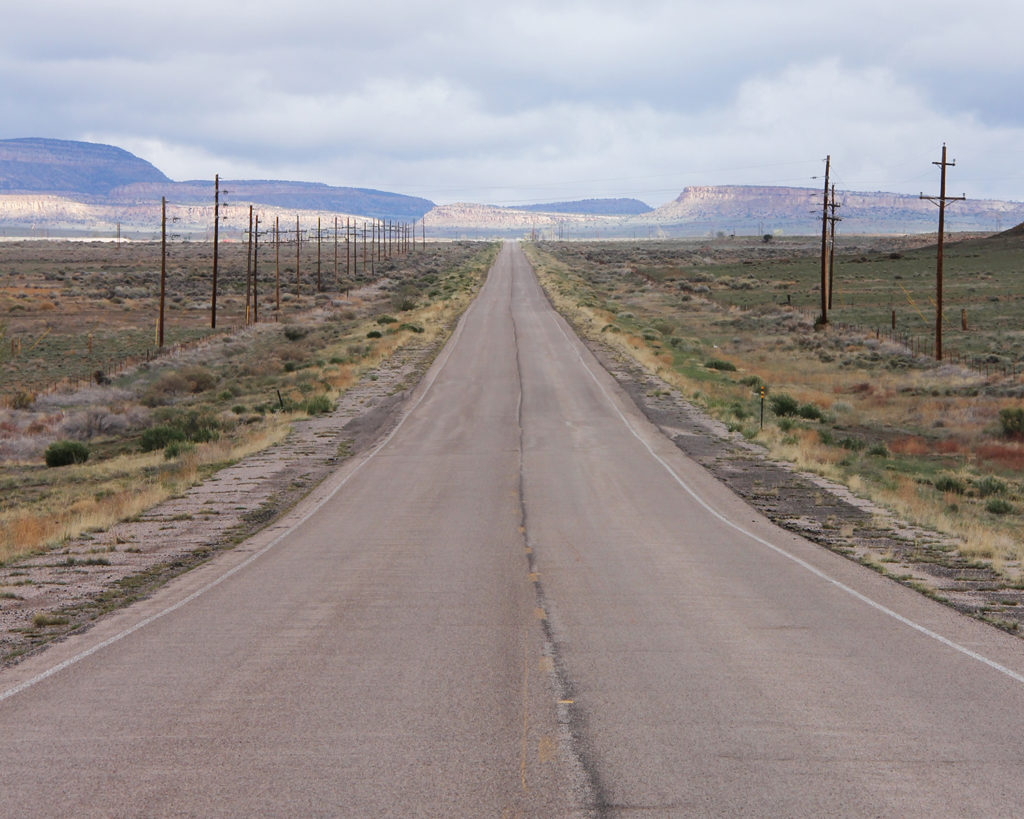 The Ambrosia Lake mining sub-district was located within the Grants Mining District, which was the most productive uranium-mining area in the nation and operated from the 1950s to the 1990s. Much of the Ambrosia Lake region was owned by the Kerr-McGee Corporation, which mined its rich uranium deposits from 1955 to 1982. After mining operations ceased, approximately 111 acres of radioactive tailings were left behind and spread across the surrounding area by wind and rain. 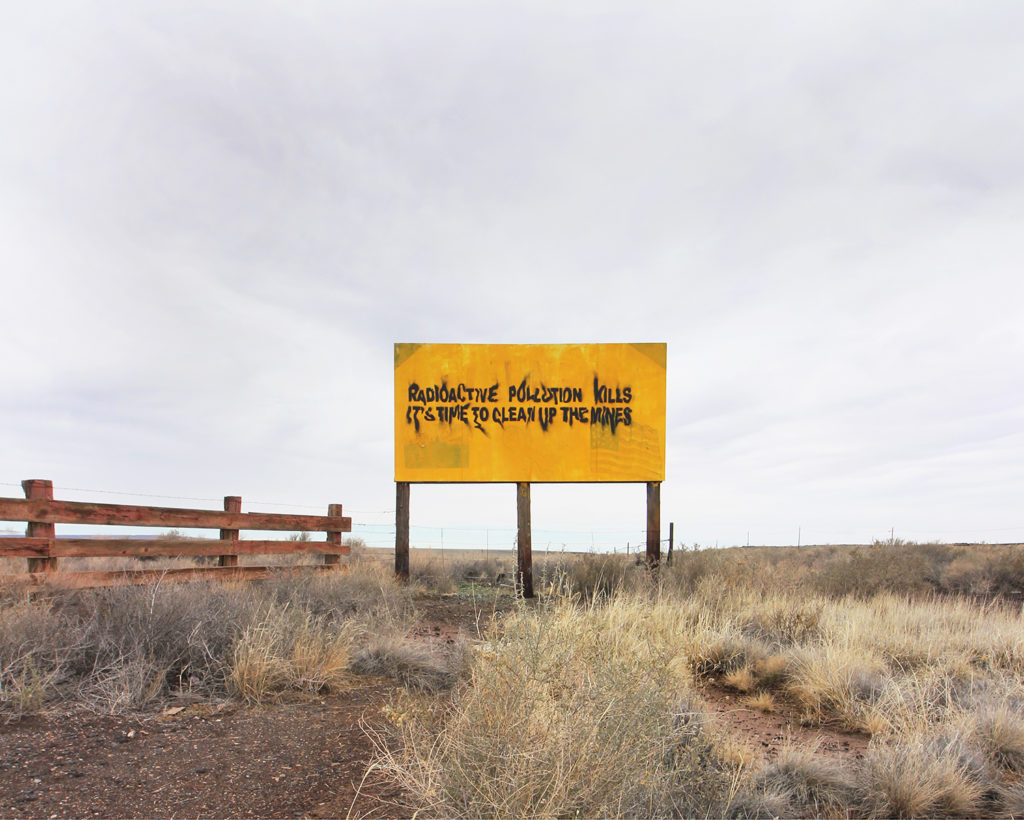 After Navajo prospector Hosteen Nez found uranium near the town of Cameron in Coconino County in 1950, 1.2 million pounds of uranium ore were subsequently removed from the area surrounding the town between 1951 and 1963. More than one hundred abandoned uranium mines, all of which still contained radioactive materials, are located along the Little Colorado River and Highway 89. The area also still contains uranium-contaminated buildings and water sources.

IN THE DAYS after Labor’s unexpected defeat at the May 2019 federal election, a social media storm raged. ‘What the hell is wrong with Queensland?’ was a common starting point ahead of calls for the state to be excised from the rest of Australia. In response, two Griffith University colleagues and I wrote an article... Read more

Towards a reconception of power

IT WOULD BE disconcerting to wake up one day and discover that everything we thought was real in the world we live in was simply a fantasy constructed out of some flimsy, mismatched old metaphors. Though most of us can go through life without ever noticing, the truth is many of the things we experience... Read more

From cream buns and vanilla slices to cheese-filled sausages and salad sandwiches, working-class culinary culture would not be the same without the lunch bar. Typically tucked away in a corner of the city’s suburban, industrial and commercial districts, lunch bars have sustained the work force with an array of no-frills fast food since the 1950s.